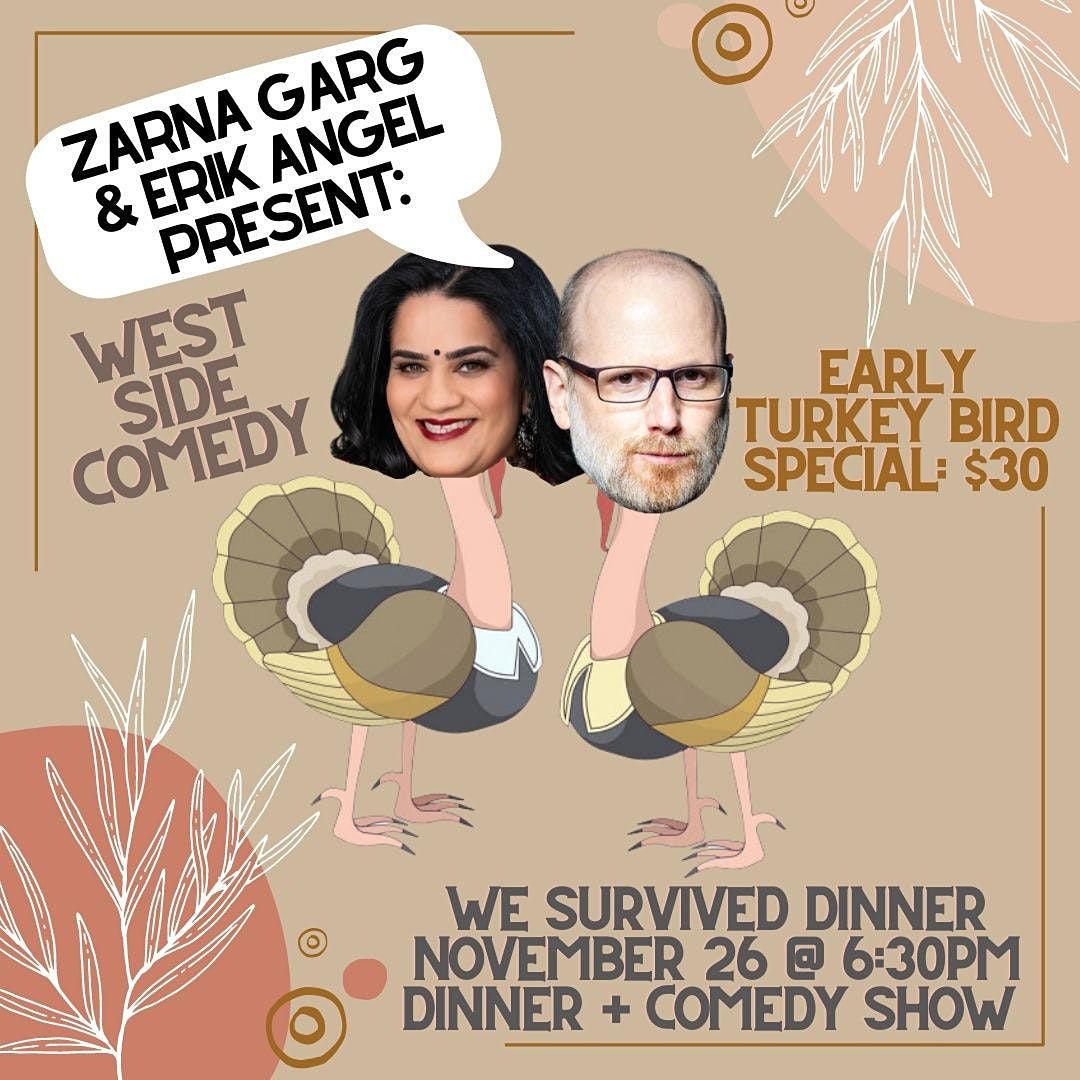 Advertisement
Wonderful lineup of comedians, will help you to recover from Thanksgiving dinner with unforgettable, family friendly comedy show
About this Event

Erik Angel (Comedy For Peace project-https://comedy4peace.com/ ) Bringing the laughs to the Upper West Side, with a Special Safe Fun Comedy show, to help all of us to recover from Thanksgiving dinner. Come to enjoy an incredibly family friendly, fun evening of hilarious comedy, featuring comedians from HBO, Netflix, and Comedy Central!. The show will take place at the West Side Comedy club in the Upper West Side. Only one Item minimum from the menu. Don't miss this one night only special event! About The Comedians- (Scroll down and watch thier videos)

Energetic, loud, and always funny, Nathan Macintosh is becoming one of the names to know in comedy. Most recently appearing on The Tonight Show Starring Jimmy Fallon on NBC, he’s also performed on The Late Show With Stephen Colbert on CBS, Conan on TBS, his own half hour special shown on The Comedy Network/CTV, and multiple Just For Laughs Galas. His debut album I Wasn't Talking was featured in Ex!aim Magazine's ‘Top Ten Hilariously Good Comedy Moments’ and his second, ‘To The Point’, was highly reviewed as well. He is also the host of the podcast Positive Anger which has over 1,000,000 listens on SoundCloud. He can be heard regularly on Sirius Satellite Radio and CBC's radios 'The Debaters'. ‘Macintosh’s stage presence is explosive…’ - Exc!aim "Brilliant Stand Up Comedy" - Glenn Sumi, NOW Toronto

An award-winning screenwriter and stand-up comedian. Her one-of-a-kind comedy style highlights her role as a mom and lawyer turned stand-up comedian, and uniquely combines the immigrant and American experience. Recognizing her talent, humor, and unique “funny brown mom” perspective, Zarna was offered a slot for her monthly show “My American Dream” at the famous Caroline’s on Broadway in NYC. She is performing regularly at the famous Comedy Cellar club, and has millions of views in Tik-Tok. Zarna is one of a handful of female Indian comedians worldwide and proudly representing brown women everywhere.

An Israeli-Jewish-American comedian, who moved to NYC a few years ago, and since then working here as a comedian and a producer of various shows, live and Zoom. March 2019, he established his project- Comedy For Peace, an interfaith comedy show, with Jewish and Muslim comedians (https://comedy4peace.com/), that travelling around the East and West Coast, in addition to Canada and over Zoom. He opened a show at Carolines on Broadway, for Maz Jobrani, performed in the Laugh Factory in LA, and He is performing regularly in big clubs in New York, in addition to shows in Israel, Italy, Poland, Tokyo and Moscow. Angel’s comedy deals with the fact that he is a new immigrant in his 40’, freshly married, who discovers for the first time in his life that he is Jewish and speaks English Falafel 24/7. Erik Angel's comedy is very surprising, clever, with good and high energy.

Rashad is the comedian you need to go see live at a comedy show. Born in the Bronx but raised in Harlem, he tackles topics ranging from pop culture to gentrification to relationships. He has performed at places such as The Apollo, Levity Live, Carolines, and a vast list of other comedy clubs in and out of NYC. He is also the Winner of the 2019 Harlem Comedy Festival. Check out his performance on The Michael Colyar Morning Show Ep. 126 and From Your Basement Comedy on YouTube. He has a movie on Amazon Prime called The Next Step and a movie on Tubi called And There Were 4, both directed by Saquan Jones. Rashad is best known for his off-the-cuff hosting style, but is often called upon to close a show out. He also has a podcast called The Struggle Beard, which you can listen to on all podcast platforms. If you want to see the next big name in comedy, check out Rashad Bashir!

Are you looking for a private event? You have a question? write to [email protected] NOTE: INDIVIDUAL COMEDIAN APPEARANCE SUBJECT TO CHANGE WITHOUT NOTICE 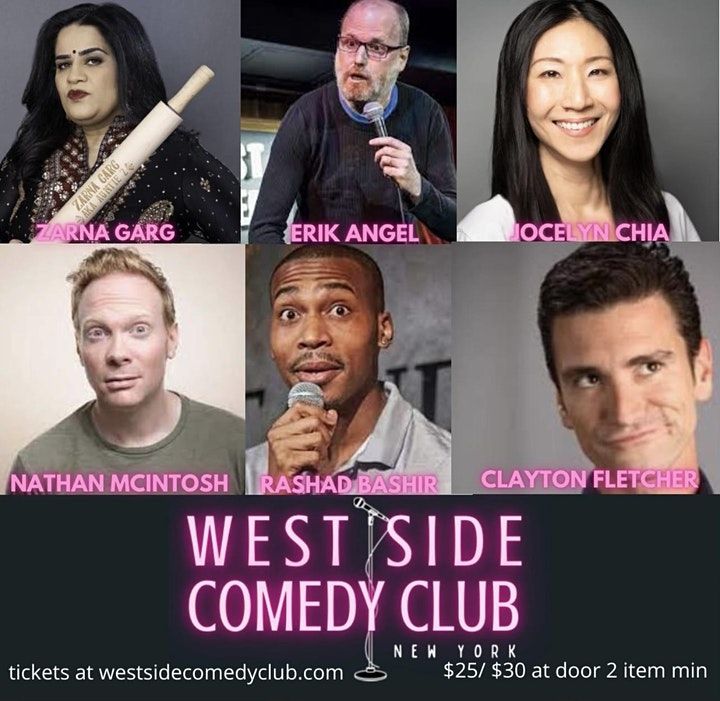 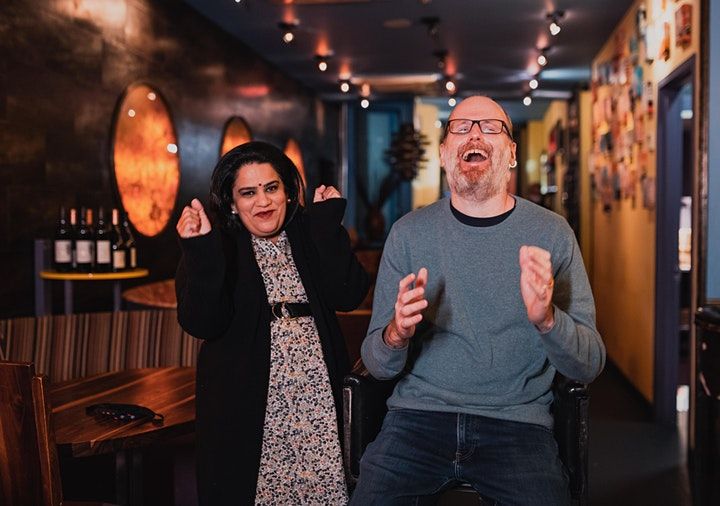 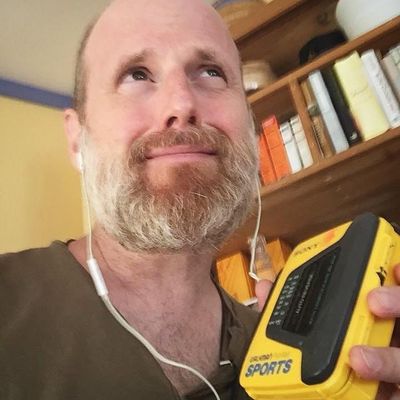