The current lineup of the band is Austin Cobb (vocals), Dennis Dowd (keys), Trent Gilson (bass), Jose Rivera (percussion) Mac Schmitz (drums), and Mike Wilson (guitar). Over the past 11 years, these players have built a unique chemistry that allows for exceptional improvisation during live shows and relaxed and creative songwriting sessions.

Voodoo Visionary released their debut album, Spirit of the Groove in March 2015 and their sophomore album Off The Ground in February 2017. While playing across the country over the last several years, the band has been direct support for Col. Bruce Hampton, Karl Denson’s Tiny Universe featuring Jimmy Herring, TAUK, DJ Logic, Big Something, Zach Deputy, Earphunk, Roosevelt Collier, Jerry Joseph, The Main Squeeze, Futurebirds, Fruition and more. In May 2015, they made their major festival debut at Counterpoint Music Festival near Rome, GA. Since then, they have excelled further into the national music scene with festival performances at Suwannee Hulaween, Sweetwater 420 Fest, Imagine Festival, Backwoods Music Festival, Funk Fest, Purple Hatters Ball, Great Outdoors Jam, and Hookahville.

“If this band had been around in the early ‘70s out of Atlanta, they would surely have been scooped up in a heartbeat by Capricorn Records... Repeated listenings reveal layer upon layer of elements. This is simply a superb recording, in terms of composition, performance, and sound.” –MusicFestNews.com

“Spirit of the Groove refuses to confine the band to a single genre and takes listeners on an adventure through sound and time... Voodoo Visionary has embraced and harnessed this epic blend [of influences], resulting in a truly amazing studio record.” – Live Music Daily

“While genre conventions are clearly upheld, driving rhythms, blistering lead guitar, and gospelesque lyrics, Voodoo Visionary escape the generic and create their own space, capitalizing on what works within funk as a genre. These guys will no doubt jam easily into the college bar scene, keeping the waning hippie contingent well fueled with healthy servings of funk. For that matter, Voodoo Visionary maintains the spirit of bump and sway in an otherwise monolithic universe of EDM. Before robots usurped dance music, this was what you dropped doses to. This is what outer space looked like from fifty thousand feet.” – The Artifact Magazine
CBDB
CBDB is a progressive rock, jam-band from Alabama and their music is spreading from the southeast across the nation like wildfire. Defining a newfound, southern blend of joyous and progressive rock n roll, they channel a sonic mix of soulful vocals and virtuosic musicianship with smart, tasteful songwriting. On stage, each member of CBDB fluidly plays between complex composition and loose exploratory improvisation creating an incredible and unique live experience.
CBDB has played major festivals including Hulaween, Okeechobee, Sweetwater 420, Summer Camp, Electric Forest, Sloss, Aura, Backwoods, Euphoria, and The Werk Out. They’ve also shared the stage with the likes of Umphrey’s McGee, Papadosio, Galactic, Kyle Hollingsworth Band, Perpetual Groove, The Wailers, Blues Traveler, Spafford, and many more.
Fresh off the release of a new single & live album, “Back in Limbo” (recorded in isolation during the 2020 quarantine) & “Live Deebs: Vol. 1″, CBDB is set to take the country by storm. Soaring monthly listeners and followers have further propelled their growth & continue to bring the band widespread attention, interest, and new fans daily. Dive into CBDB’s eclectic catalogue of tunes today and catch them live on tour near you soon! 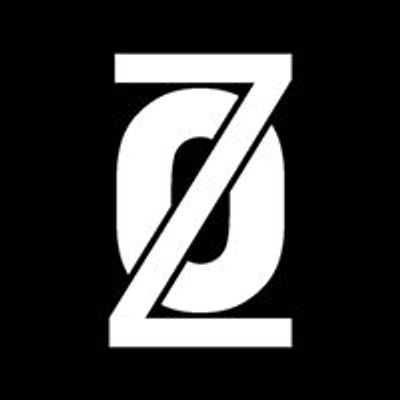