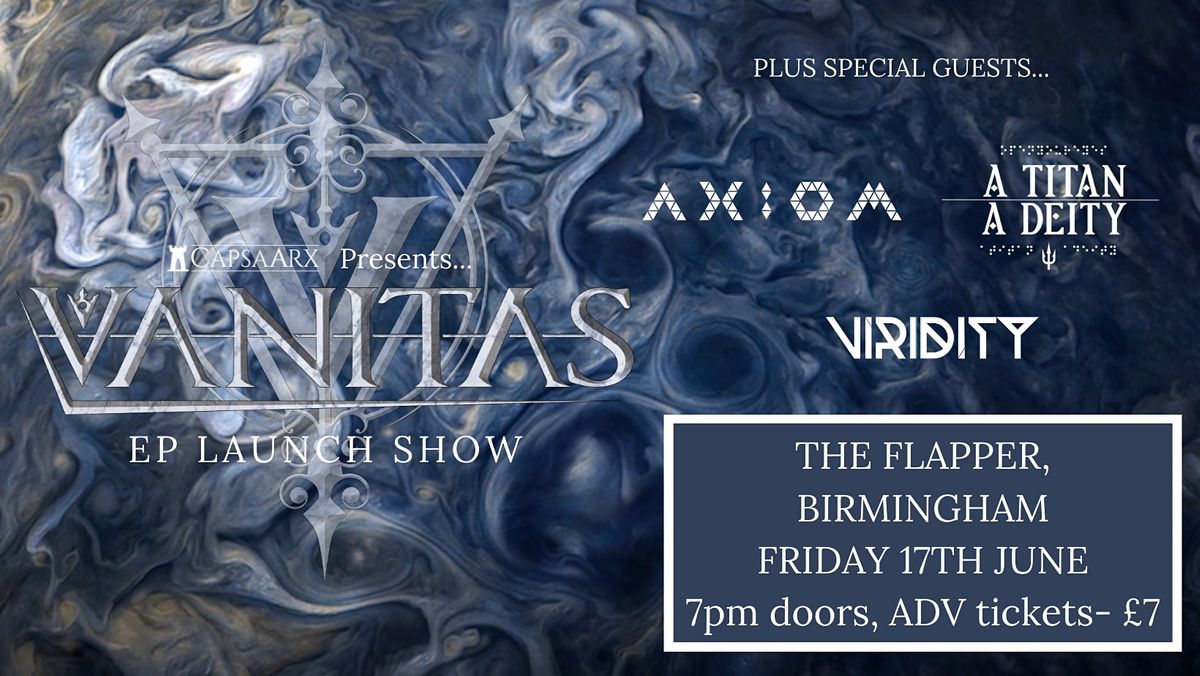 Advertisement
Join progressive metal outfit Vanitas at The Flapper on 17.06.22 for their debut EP Launch show! Support: A Titan, A Deity, Axiom + Viridity
About this Event

Newly formed Cinematic djent outfit Vanitas hit the stage on Friday 17th June at The Flapper, Birmingham for their Debut EP Launch show. With supports coming from some of Birmingham's best progressive metal acts: A Titan, A Deity, Axiom & Viridity.

Vanitas are a progressive metal band from Birmingham, UK. Coining the term ‘Cinematic Djent’ the 5-piece with previous members from ‘Verb The Noun’ and ‘Aramantus’ made their debut February 2022 with their epic new single ‘Ghostly Coast’.

Taking inspiration from bands such as: Periphery, Tesseract, Unprocessed, Veil of Maya, Devin Townsend and more, Vanitas have refined and evolved their sound to create a unique blend of chunky djent guitar riffs and high-intensity drums with soaring orchestral accompaniment and theatrical raw-emotional vocals throughout, and this is certainly true of the band’s debut self-titled EP.

Staying true to their nerdy roots as a band, Vanitas’s debut single Ghostly Coast reflects all this and more and is enough to make you feel like you’ve been placed in a JRPG boss battle.

Forming in 2016, A Titan, A Deity are comprised of like minded musicians from previous established bands and are ready to unleash a new brand of progressive metal on to the Birmingham Music Scene.

Having already supported big names such as Monuments, The Contortionist and Loathe, A Titan, A Deity have finished recording their 2nd EP which will be out later in the year and a Single is due out soon to support the release.

Audiences have heard influences from; Toska, Plini, Intervals and Alpha Male Tea Party in what they do.

Axiom are proliferating the progressive rock and metal scene as a result of being a formidable live force that balances musicianship and performance.

Having created an initial buzz across the UK within a handful of performances, they have most recently performed support slots with I The Mighty, Monuments, SÜMER, Toska, and have gone on to be a part of the Main Stage lineup at HRH Prog, openers for TECHFEST at home 2020, Bloodstock Festival 2021 and contributed to Arctangent Festivals ATG TV 2020.

A metal band from Birmingham, UK. Spouting metaphorical lyrics above a bed of soul wrenching riffs and technical drums. The band released their debut single ‘Sentinel’ in 2020 to pay homage to those affected by the Alzheimer’s disease. They are now looking ahead to 2021 with a new huge project on the way.

FFO - Northlane, Veil Of Maya, The Acacia Strain, Fit For A King, Currents. 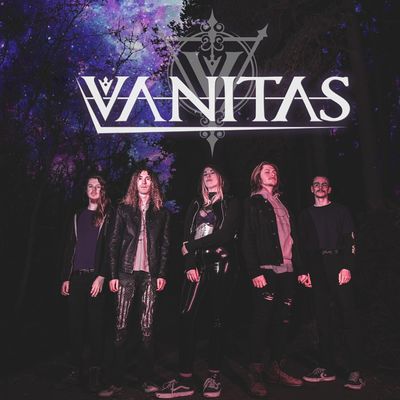 Host or Publisher Vanitas in collaboration with Capsaarx Studios