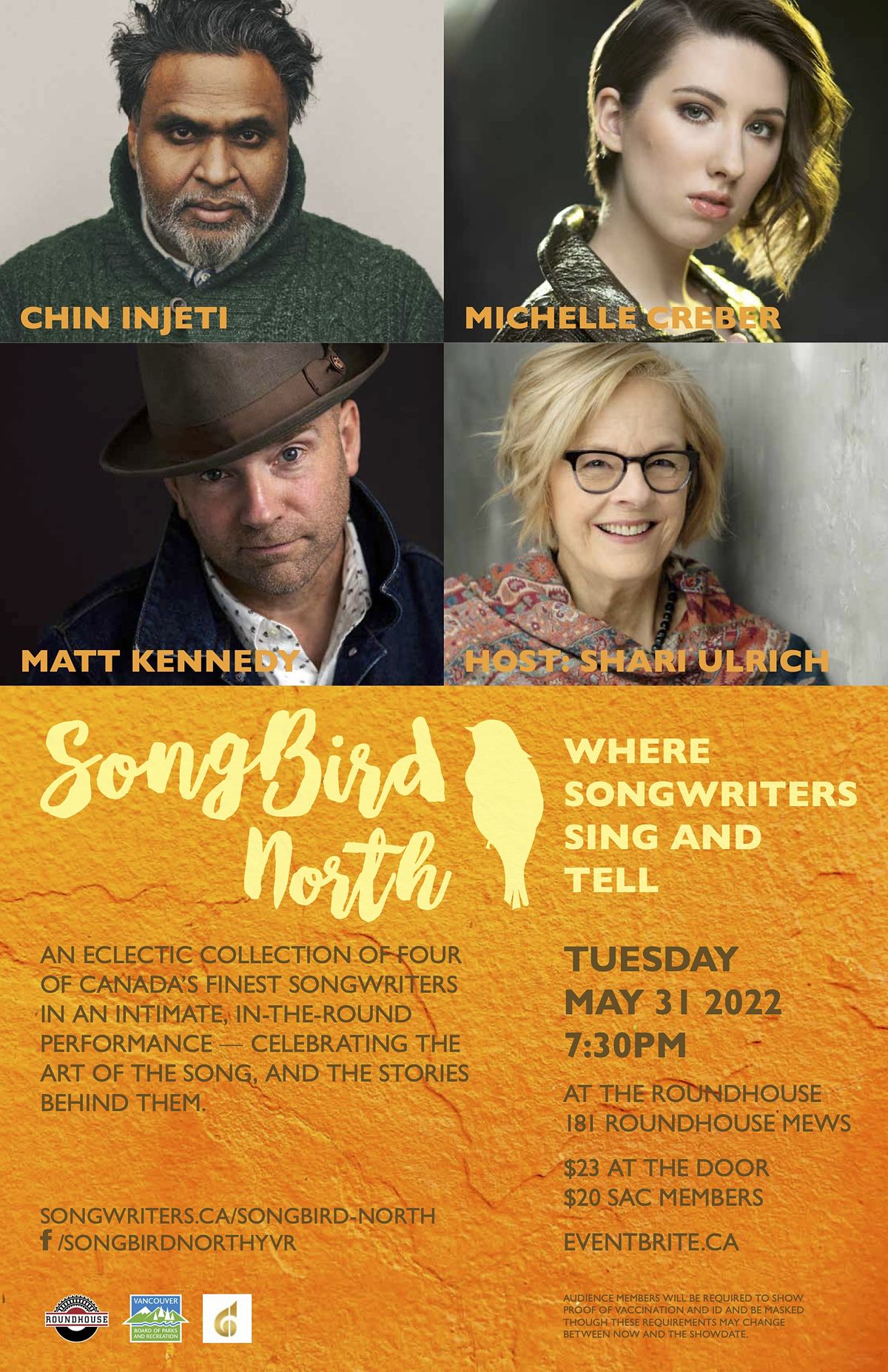 The Songwriters Association of Canada’s SongBird North celebrates with a powerhouse line-up of singer-songwriters: host Shari Ulrich will share the Roundhouse stage with Michelle Creber, Chin Injeti and Matt Kennedy. Bringing together rising stars with established, often iconic artists, and showcasing a range of styles and backgrounds, SongBird North offers an evening of great songs, great stories, and fascinating insights into the creative process. It’s a one-of-a-kind opportunity to get up close (but not too close!) and personal with the music and the artists who create and perform it.SongBird North: Where Writers Sing and Tell is produced by Shari Ulrich for the Songwriters Association of Canada. The SAC gratefully acknowledges the support of the SOCAN Foundation. For more information on the SAC’s mandate, activities and membership programs, please visit www.songwriters.ca.

BACKGROUND: Since 1995, SongBird North (formerly Bluebird North) has been a mainstay in Vancouver for songwriters from across the continent, as a bi-monthly showcase that features four talented singer/songwriters of widely varying styles, on stage together, taking turns playing their original songs and sharing stories with one another and the audience about their work. While the series was started in Toronto and has toured nationally, Vancouver remains its longest-standing host city. www.songwriters.ca

Michelle Creber - Recently hailed by Exclaim! as one of their favourite emerging artists in 2021, Bukola is an R&B musician from Coquitlam, BC whose influences include artists such as India Arie, Daniel Caesar and H.E.R. Bukola has participated in songwriting programs and workshops with SOCAN, Women In Music Canada and Music BC. She recently released her debut EP, "The Chronicles of a Teenage Mind", for which she co-wrote all the songs with Chin Injeti. https://www.bukolamusic.com/

Chin Injeti - Born in India, Chin Injeti moved to Canada at the age of five. His influences early in his childhood varied, but also included his father singing Telugu songs, a South Indian language. After being diagnosed with polio and confined to a wheelchair for many years, Injeti spent years listening to everything from Motown to hard rock. He took up playing bass and guitar and discovered hip-hop to be his true love. In the early '90s, the musician acted as a producer for Maestro Fresh Wes and other Canadian hip-hop artists. In 1994, Injeti joined Bass Is Base, a Canadian hip-hop and soulful trio that also included Ivana Santilli. The group earned various Juno Awards and MuchMusic video awards. After the group broke up in 1997, Injeti returned to producing and writing with the likes of Craig Northey and Dave Kershaw. In 2001, he released his debut album, Day Dreaming. He has toured around the world and shared the stage with Busta Rhymes, the Roots, Ziggy Marley, and A Tribe Called Quest, among others. (More to come)

Matt Kennedy - Matt Kennedy has been singing and playing guitar and mandolin for decades on stages in western Canada. He grew up in Calgary and can’t remember not having a song in his head. Matt is songwriter, singer and guitarist in the five-piece Vancouver band Headlong Hearts (Formerly The Farmteam) who released their all-original record What We Call Forever in spring 2022. The band works together to refine and arrange Matt’s songs and bring them to life. Headlong Hearts have a busy summer ahead playing around BC, including West Vancouver’s Harmony Arts festival on August 1st.

Shari Ulrich began writing songs at the end of the reign of The Hometown Band in 1977. Her first song "Feel Good" was a hit for the band. Her solo career followed in 1978 with radio hits with "She Remembers", "Bad Bad Girl", "Romeo", "Every Road" and others. Since then she has released nine albums of original material along with another 16 with collaborations with Pied Pumkin, UHF (Bill Henderson & Roy Forbes) and BTU (Barney Bentall & Tom Taylor) Her work has garnered two Juno Awards and several nominations, an induction into the BC Entertainment Hall of Fame, and a 2014 Canadian Folk Music Award (CFMA) for English Songwriter of the Year. She has been producing and hosting Bluebird North and SongBird North both nationally and locally, since 1996 and at the Roundhouse since 2005. https://www.shariulrich.com/

Patrons may be asked to wear masks at all times, and to provide ID and proof of COVID-19 vaccination upon entry to the performance hall. (Note: these requirements are subject to change as public health & safety regulations evolve; any updates will be communicated via the Eventbrite link above, and on the SongBird North- Vancouver Facebook Page. 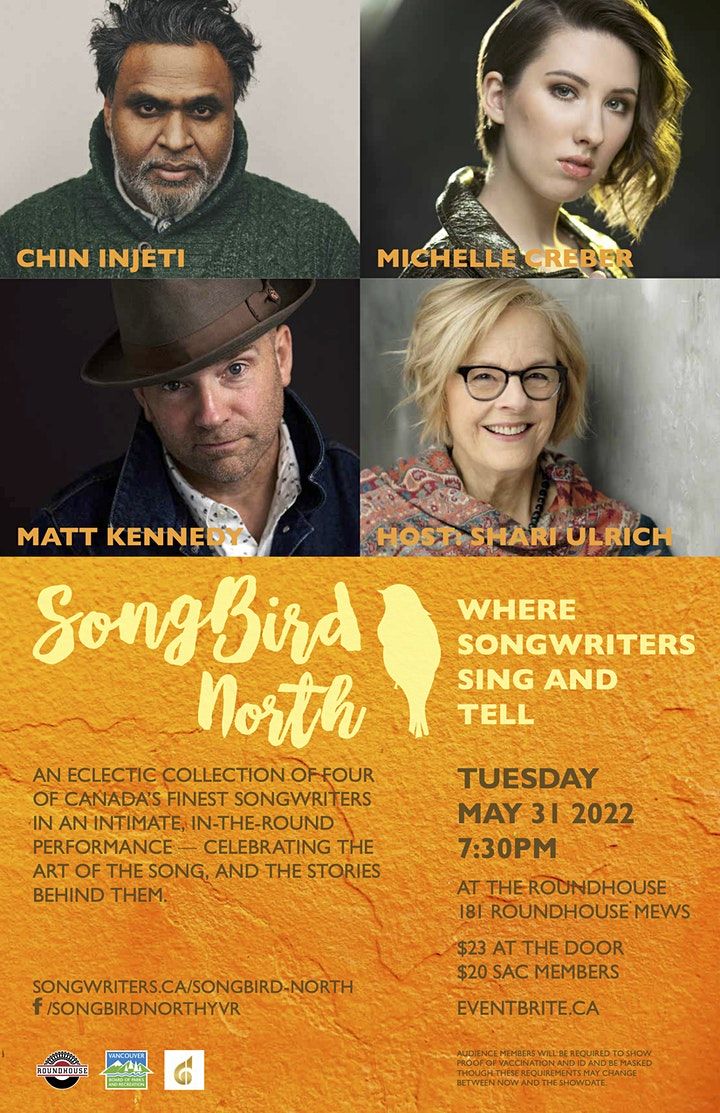 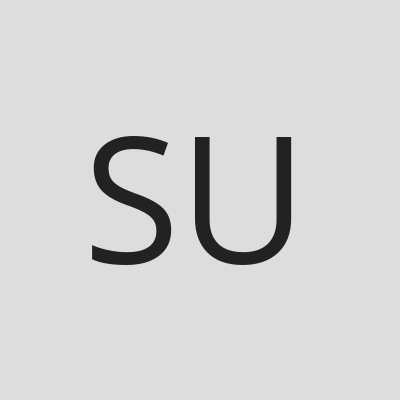