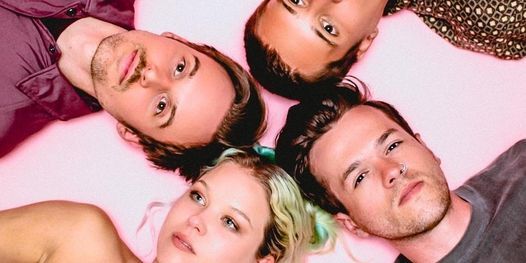 The Secret Group Presents
TRANSVIOLET on their The Drugs In California Tour!
with Space Kiddettes & Lorelei Marcell
Wed. 9/15 | Doors 7 PM | Show 8 PM | $15 General Admission | $55 VIP Meet & Greet!
Transviolet is an alternative pop rock band formed in the United States in 2015, consisting of lead vocalist Sarah McTaggart, with Judah McCarthy, Michael Panek, and Jon Garcia as musicians and writers. The band initially formed online before moving to the West Coast to collaborate in person. Transviolet gained initial recognition after a local publicity stunt, celebrity endorsements, and after being selected for a Google Play commercial. They have released three EPs and three singles, and have played a number of high-profile tours and festivals.
Get your Tickets now!