T.J. Gottesdiener—SOM in New York: The Complex Role of the Architect in the

The Great Hall at The Cooper Union | New York, NY 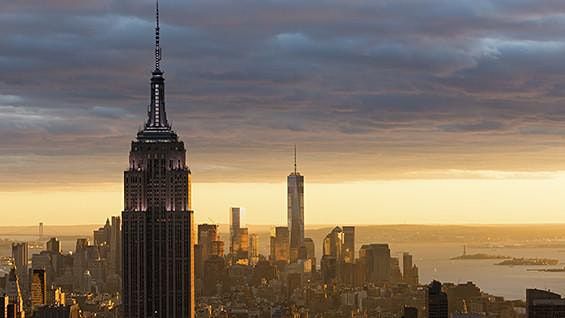 Advertisement
T.J. Gottesdiener will present the evolution of four neighborhoods in Manhattan over his four-decade career.
About this Event

SOM Managing Partner and alumnus of The Cooper Union Irwin S. Chanin School of Architecture T.J. Gottesdiener, FAIA, has played a pivotal role in realizing some of the firm’s most significant projects in New York City, where he has navigated the often competing interests of residents, commuters, developers, advocacy groups, and regulatory agencies.

In this lecture, Gottesdiener will present the evolution of four neighborhoods in Manhattan over his four-decade career. In the process, he will discuss the architect’s intricate role as mediator, designer, civic leader, visionary, and catalyst for moving projects from concept to completion.

The presentation will be followed by a conversation with Dean Nader Tehrani and a Q&A.

This event is free and open to the public. Lecture attendees are required to show proof of vaccination and wear a facial covering indoors.

In his more-than-forty-year career with SOM, T.J. Gottesdiener has overseen a breadth of projects, including many of the firm’s most complex and challenging projects in New York City. He has played a major role in the evolution of the city — transforming the built environment to fulfill the needs of residents, clients, city agencies, advocacy groups, and neighborhoods across Manhattan. As a Managing Partner, he has facilitated the successful realization of many of SOM’s monumental projects — working to build consensus among this complex web of stakeholders while running the business and schedules of a large portfolio of projects.

Deeply involved in the revitalization of the World Trade Center site, Gottesdiener led two key projects: 7 World Trade Center, which opened in 2006, and One World Trade Center, which opened eight years later. Just north of the World Trade Center, Gottesdiener led the design and construction of Citi Global Headquarters, a project that called for the adaptive reuse of two superblock structures into a single building that unites Citi’s workforce. Other high-profile New York City projects include Times Square Tower, the Time Warner Center, The Walt Disney Company’s new headquarters at 4 Hudson Square, The Milstein Center at Barnard College, the renovation of the landmark Lever House, and 175 Park Avenue, a new skyscraper adjacent to Grand Central Terminal that will expand the streetscape and the station’s concourse space.

The breadth of Gottesdiener’s experience is further demonstrated by his global work. His international projects include the AIG Tower in Hong Kong, Tokyo Midtown in Japan, Guoco Tower in Singapore, and Ben Gurion International Airport in Israel. Moreover, he has managed projects in the Philippines and Brazil totaling more than nine million square feet.

Gottesdiener also continues his commitment to enhancing the built environment of New York City through his involvement in the Real Estate Board of New York, The Skyscraper Museum, and the Metropolitan Museum of Art. He is a member of the Urban Land Institute, the Council on Tall Buildings and Urban Habitat, and the American Institute of Architects, which in 2003 elevated Gottesdiener to its prestigious College of Fellows.

Gottesdiener graduated from The Irwin S. Chanin School of Architecture of The Cooper Union in 1979.

SOM is a collective of architects, designers, engineers and planners working together to build a better future. The firm is responsible for some of the world’s most technically and environmentally advanced buildings and significant public spaces. With an approach that is highly collaborative and interdisciplinary, the firm’s network of creative studios across the globe is able to apply international expertise at a local level.