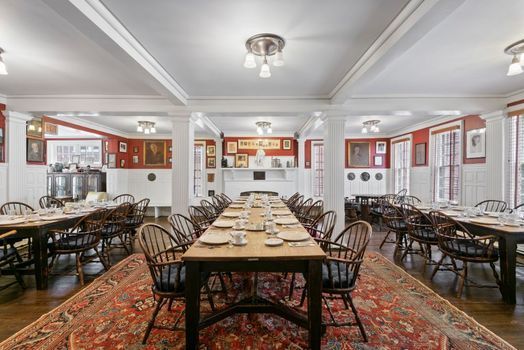 Advertisement
Speaker is Christopher Baxter, executive director of Spotlight PA. His topic—A New Path Forward in News.
In the face of the ongoing and rapid decline of traditional local news, community-driven and community-supported newsrooms like Spotlight PA are blazing a new path forward with a focus on unique, deeply reported public-service and investigative reporting. But the future depends on a collective belief that strong journalism is vital to our democracy and must be valued and supported as a public trust.
Christopher Baxter is the executive director and founding editor-in-chief of Spotlight PA, overseeing all aspects of the organization. His work as an investigative reporter and editor has regularly prompted meaningful change in the form of new laws and regulations, criminal investigations, resignations, legislative hearings, and more. Most recently, he was the editor for data and investigations at NJ Advance Media (NJ.com & The Star-Ledger), where he led the newsroom’s highest-level investigative projects with a digital-first approach and an emphasis on journalism that gets results. Previously, he was the Mike Wallace Fellow in Investigative Reporting with the Knight-Wallace Fellowships at the University of Michigan and, before that, worked for four years as a statehouse investigative reporter in The Star-Ledger’s Trenton Bureau. He began his career as a local reporter for The Morning Call in Allentown. His work has garnered prestigious state and national awards, including the 2014 Livingston Award in Local Reporting, the 2018 Investigative Reporters & Editors Freedom of Information Award, as well as the 2019 Knight Award for Public Service and the 2019 Investigative Data Journalism Award from the Online News Association.
Advertisement