The U.S.-Japan Alliance and Taiwan 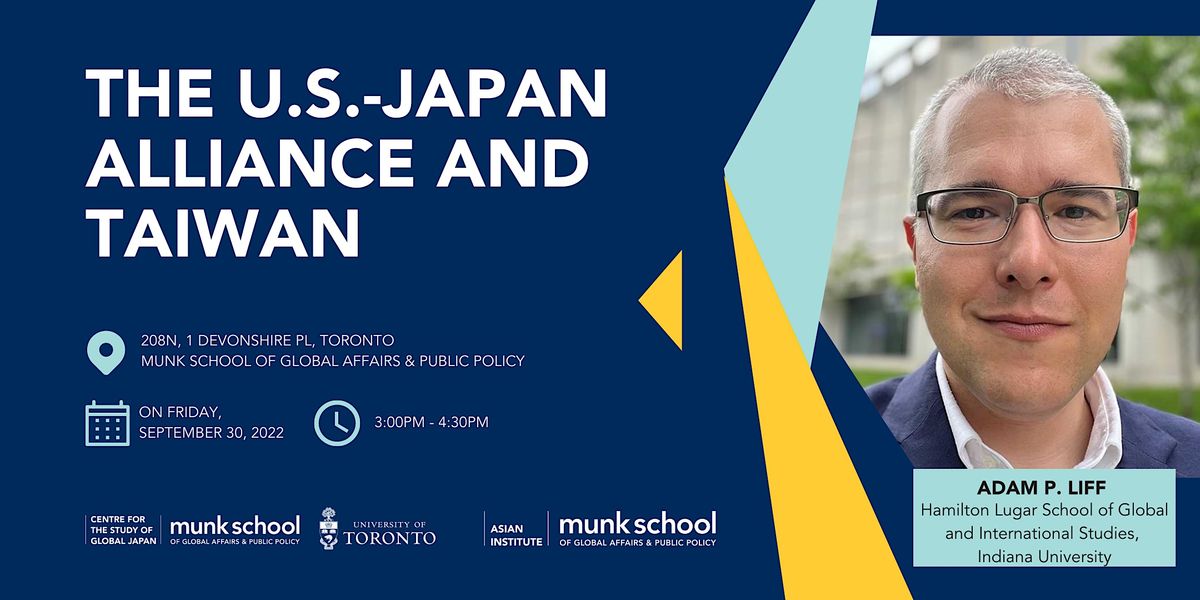 In April 2021, Japan’s Prime Minister Yoshihide Suga and U.S. President Joe Biden made global headlines when they jointly “underscored the importance of peace and stability across the Taiwan Strait”—the first such reference in a summit-level statement since both governments switched diplomatic recognition from Taipei to Beijing in the 1970s. Amidst a rapidly changing regional balance of power and with the Biden administration asserting that U.S. allies would “take action” if Beijing seeks “to use force to disrupt the status quo,” this talk will examine the historical evolution of Japanese perspectives on the U.S.-Japan security alliance’s and the JSDF’s potential roles in a “Taiwan contingency.” Though Tokyo’s nuanced positions and policies are often neglected in the U.S.-centric academic literature and policy discourse, Japan is a critical front-line player. Its choices are today—and will inevitably remain—crucial variables affecting cross-strait deterrence, U.S. options, and how things may play out if deterrence fails.

Adam P. LIFF is associate professor of East Asian international relations at Indiana University’s Hamilton Lugar School of Global and International Studies, where he also serves as founding director of its 21st Century Japan Politics & Society Initiative (21JPSI). His research focuses on international security affairs and the Asia-Pacific—especially Japanese security policy; U.S. Asia-Pacific strategy; the U.S.-Japan alliance; Taiwan; and the rise of China. Beyond IU, Dr. Liff is a Non-resident Senior Fellow at the Brookings Institution and Associate-in-Research at Harvard University’s Reischauer Institute of Japanese Studies and Fairbank Center for Chinese Studies. He holds a Ph.D. and M.A. in Politics from Princeton University, and a B.A. from Stanford University.

Organized by the Centre for the Study of Global Japan and co-sponsored by the Asian Institute at the Munk School of Global Affairs & Public Policy, University of Toronto.