The Remarkable Upside of Writing Communities 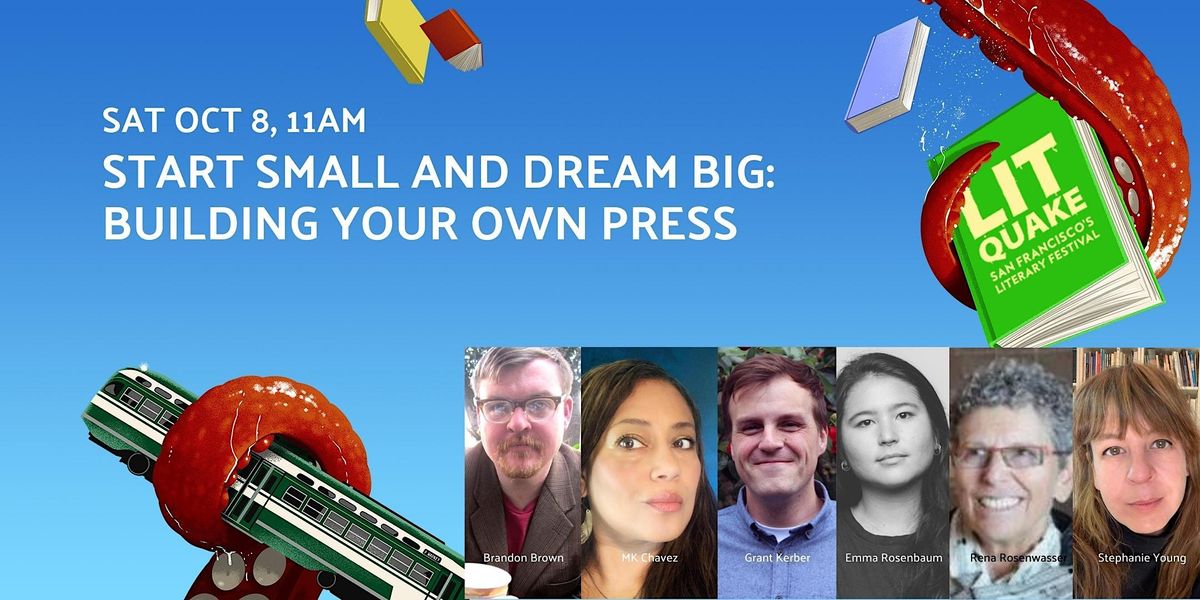 Advertisement
Writing might seem like a solo act, but being part of a good writing community can often make the difference between success and failure.
About this Event

Part of Litquake’s Craft and the Creative Life series

As the book industry becomes more corporatized, small press publishing is more important than ever. This panel brings together a group of the Bay Area’s most successful and longest-running small presses to walk you through the struggles and joys of running your own press. Rooted in small-press values of equity, experimentation and access, this panel will teach you how to create a diverse publishing operation that encourages new voices to enter the literary world, as well as ways to maintain your operation for long-term success. A short Q&A will follow the panel discussion. Featuring Brandon Brown, MK Chavez, Emma Rosenbaum, Rena Rosenwasser, and Stephanie Young. Moderated by Grant Kerber.

In an increasingly corporatized book industry, Small Press Distribution (SPD) brings readers independently published literature, emphasizing small press values--equity, experimentation and access. We connect underrepresented literary communities to the marketplace and to each other via book distribution, events, and public advocacy. Prioritizing artistic and activist visions, SPD’s nearly 400 presses publish a full diversity of writers who rely on us to reach readers nationwide.

Aunt Lute Books is an intersectional, feminist press dedicated to publishing literature by those who have been traditionally underrepresented in or excluded by the literary canon. Core to Aunt Lute’s mission is the belief that the written word is critical to understanding and relating to each other as humans.Through the sharing of stories, we strengthen ties across cultures and experiences, and at the same time honor the hurt, loss, and harm incurred through structural power imbalances, prejudiced and gendered systems, and ancestral trauma. We uplift these voices in order to build a more just future.

Kelsey Street Press was founded in 1974 to address the marginalization of women writers by small press and mainstream publishers. From the beginning, Kelsey Street Press linked editorial policy to a poetics of allowance, encouraging women to write directly from their own creative imperatives, and to a poetics of inclusion that embraces racial and cultural diversity. At the heart of the Press remain the pleasures of the written page, books that can be held and carried, and ongoing participation in a continually changing poetry community.

Dedicated to publishing experimental poetry and prose Krupskaya is structured as a collective body comprised of writer-editors who have equal responsibility for the reading, selection, editing, and support of the books that are produced. The collective works toward a consensus.

Nomadic Press is a 501(c)(3) non-profit publisher that supports the works of emerging and established writers and artists. Through publications, events, and active community participation, Nomadic Press collectively weaves together platforms for intentionally marginalized voices to take their rightful place within the world of the written and spoken word. Through its limited means, we are simply attempting to help right the centuries’ old violence and silencing that should never have occurred in the first place and build alliances and community partnerships with others who share a collective vision for a future far better than today.

Grant Kerber (moderator) is the Publicity & Marketing Manager at Small Press Distribution as well as a visual artist, community organizer, and writer. Grant is one of the myriad voices behind Oakland Summer School, a community education project. Grant also works with the Anti-Police Terror Project, Food Not Bombs, and other community organziations. Grant has been interviewed for articles by ABC News and The Huffington Post, and his marketing strategies have been featured in The New York Times, The Los Angeles Times, CBS News, Politico, and other national media outlets. Grant runs Jet-Tone Press, a small publishing outfit, and writes video essays on film for the YouTube channel The Movement Image.

Brandon Brown’s most recent books are Work (Atelos) and The Four Seasons (Wonder). He is a co-editor at Krupskaya Books and lives in Richmond, California.

Stephanie Young lives and works in Oakland. Her books of poetry and prose include Pet Sounds, It’s No Good Everything’s Bad, and Ursula or University.

MK Chavez is a mixed-race Black Latinx writer and educator. She is the author of Mothermorphosis, and Dear Animal (Nomadic Press), and the lyric essay chapbook A Brief History of the Selfie. Chavez curates the reading series Lyrics & Dirges and is co-director of the Berkeley Poetry Festival. She is a recipient of the Alameda County Arts Leadership Award, the PEN Oakland Josephine Miles Award, and the 2021 San Francisco Foundation/Nomadic Press literary award. Her most recent work can be found in the Academy of Poets Poem-A-Day series and at Golden Gate Park in San Francisco with the Voice of Trees projects.

Emma Rosenbaum (she/her) is a mixed race, cis femme, interdisciplinary arts professional based in the Bay Area. She received her Bachelors in English at UC Berkeley, where she studied creative writing with acclaimed authors including Joyce Carol Oates, Robert Hass, Georgina Kleege, and Melanie Abrams. As the winner of the 2016 Roselyn Schneider Eisner Fiction Prize, Emma is published in several literary magazines and publications including The Daily Californian and The Weekender. She began her career screenwriting for a Tanzanian soap opera and then transitioned into the fine art world, doing art writing and curation. She was a 2019/2020 Emerging Arts Professional Fellow. Today, Emma can be found at Aunt Lute Books, an intersectional feminist nonprofit publisher where she is the Director of Acquisitions and Programming. At Aunt Lute, Emma has spent the last three years building infrastructure to dismantle oppressive and gatekeeping systems within the publishing industry. She is also the Marketing and Communications Coordinator at nonprofit art gallery Southern Exposure. She continues to develop her career at the intersection of the arts and social justice, with a commitment to beauty as truth, contradiction, and story. 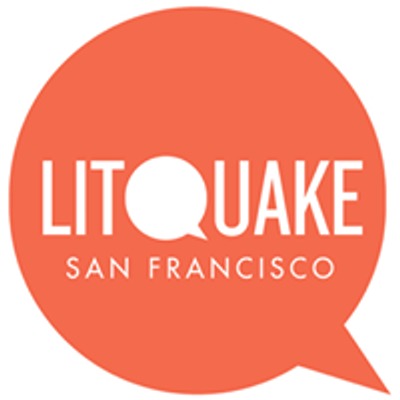