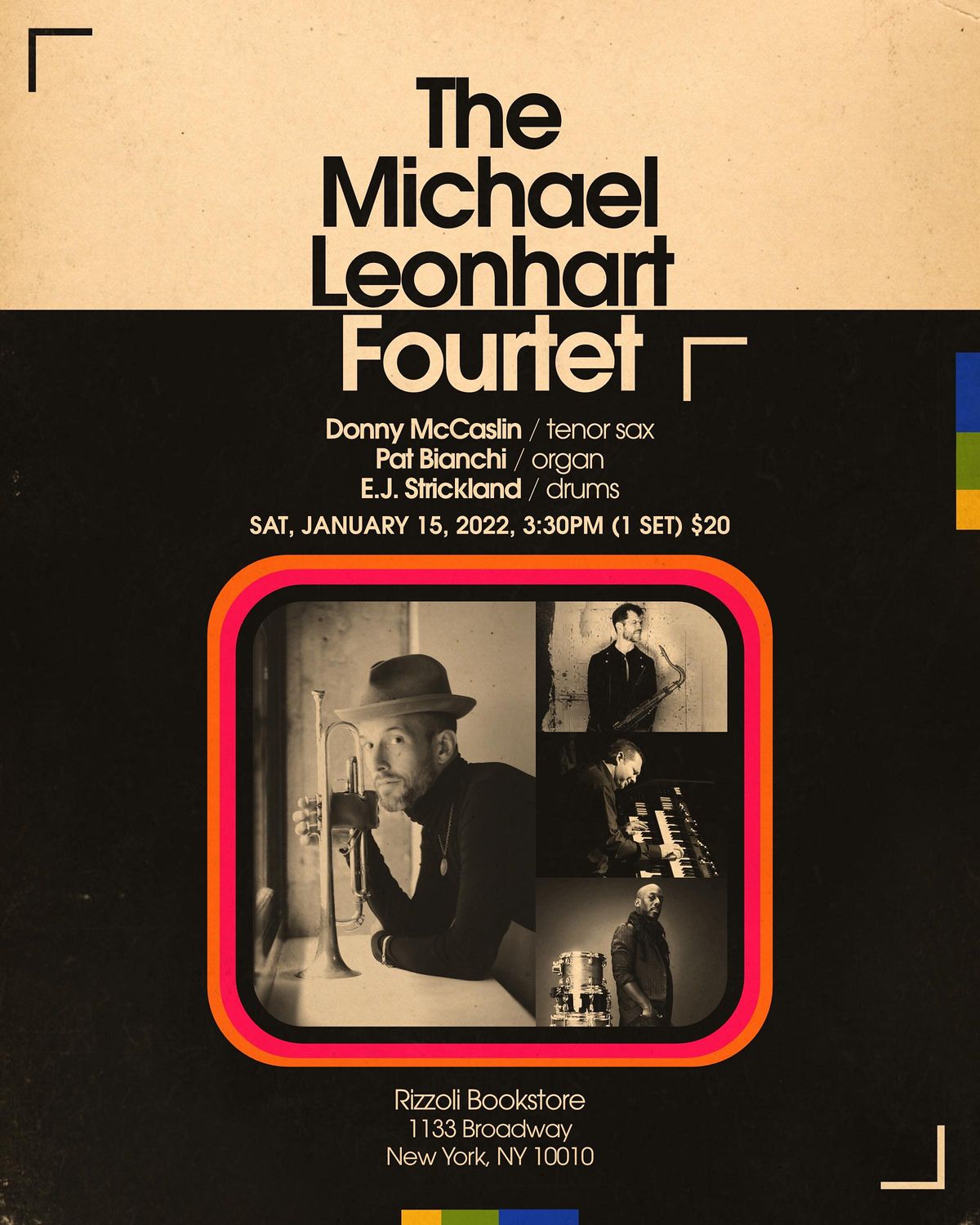 The Michael Leonhart Orchestra annual concerts have been a highlight of the Rizzoli Music Aperitivo series. It is therefore with great anticipation that Rizzoli Bookstore hosts the world premier of Michael Leonhart’s latest project: The Fourtet feat. Donny McCaslin, Pat Bianchi, and E.J. Strickland. 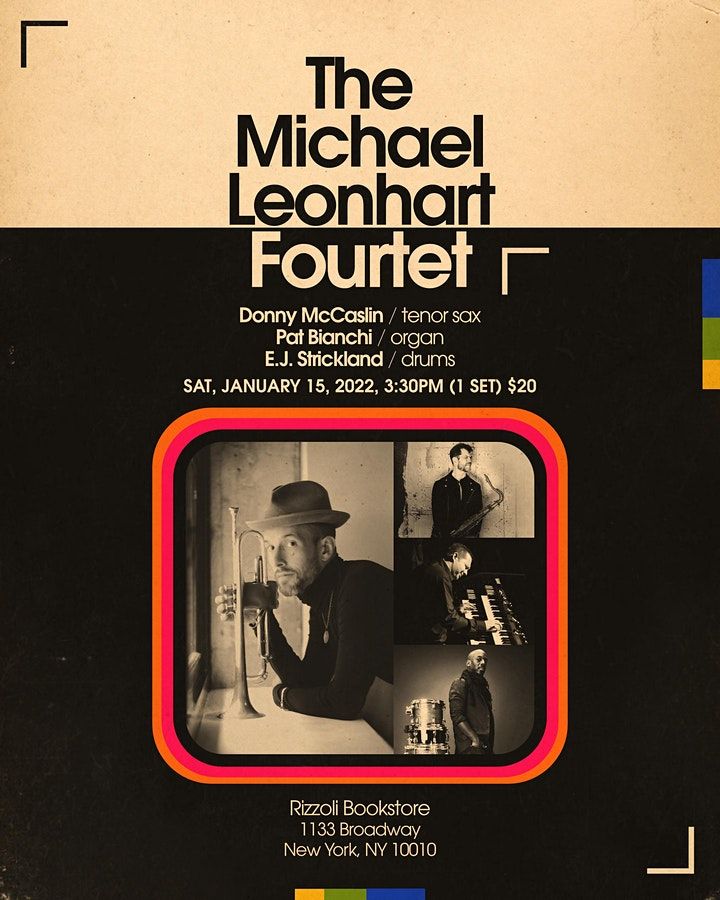 Michael Leonhart is a Grammy-winning multi-hyphenate: trumpeter, composer, producer, arranger, multi-instrumentalist and songwriter. As a trumpeter, Michael has performed with rock legends Steely Dan since 1996, recording several albums with them, including 2000's four-time Grammy winning Album of the Year, “Two Against Nature”, on which he was a featured soloist, arranger and conductor. He also appears on Mark Ronson and Bruno Mars’ Grammy-winning 2016 Record of the Year, “Uptown Funk.” Michael has composed music for stage and screen, including a song for Meryl Streep, whose performance he directed on the Decca soundtrack album Songs of Lahore. Most recently Michael has collaborated with Elvis Costello on his latest album “Hey Clockface”

Donny McCaslin is perhaps best known for his association with David Bowie, a collaboration that culminates in Bowie’s last album, Blackstar. It was McCaslin’s artistic vision, honed over a remarkable career, that captured Bowie’s attention. A fixture of the New York scene for three decades, McCaslin has led countless bands, recorded over a dozen albums, and collaborated with the likes of the Gil Evans Orchestra, Maria Schneider, the Dave Douglas Quintet, and Danilo Pérez, among many others.

Pat Bianchi is a Grammy-nominated organist and a strong contributor to the legacy of the Hammond B3. Bianchi, who has been described by his peers as virtuosic, has performed with many musical icons including: Pat Martino, Lou Donaldson, Chuck Loeb, Red Holloway, Joe Locke, and Mark Whitfield.

Enoch Jamal "E.J." Strickland’s sound on the drums instrument has been described as “fields of cumulative energy, clouds of feather-touch and heavy-handed syncopations, latent with power like an oncoming storm” by Thomas Conrad of Downbeat Magazine. He has established himself as a successful composer, bandleader, educator, and sideman, having collaborated with, among others, Cassandra Wilson, Terence Blanchard, Lizz Wright, and Wynton Marsalis.

In-person events will be presented to a fully vaccinated audience at full capacity. All attendees are required to wear masks. All patrons over the age of sixteen will be required to show proof* of having completed the COVID-19 vaccination series at least 14 days prior to the date of the event.

*Proof of vaccination will be defined as either an original vaccination card or an Excelsior Pass.

Registration will be required.

From Francis Scott Fitzgerald to Jack Kerouac, from Toni Morrison to James Baldwin, from Philip Michael Ondaatje to Geoff Dyer, from Julio Cortazar to Boris Vian, from Amiri Baraka and Ishmael Reed to Jayne Cortez, the list of international writers and poets inspired or intrigued by jazz and other musical genres goes on. Since New York City’s Rizzoli Bookstore has a long tradition of building bridges between arts genres, international scenes, and creative people, we wanted to turn our gorgeous space in NoMad into an experimental living room where live jazz and other music can be enjoyed. The Rizzoli Music Aperitivo is sponsored by Field Blend Selections and is curated by Mondo Jazz, the weekly Radio Free Brooklyn show dedicated to international jazz

Mondo Jazz is a weekly program on Radio Free Brooklyn dedicated to the proposition that jazz is an international language. It is hosted every Wednesday night from 8 to 10 PM by Ludovico Granvassu, the founder and editor in chief of All About Jazz Italia. All archived episodes are available here.

In both name and practice, Field Blend Selections celebrates agricultural traditions and diversity. The name is an homage to the nineteenth-century immigrants who co-planted an assortment of grape varieties in vineyards throughout the United States, many of which survive today. Alongside their vines, they often co-planted other crops, including fruits, grains, and legumes. This approach of co-mingling various plantings to achieve balance in the vineyards is now referred to as polyculture, and it is widely recognized as one of the best methods for naturally enriching soils and reducing disease. Polyculture, by replicating nature’s diverse ecosystems, produces healthier fruit without the necessity of artificial herbicides or pesticides.