The Killers Imploding The Mirage Tour 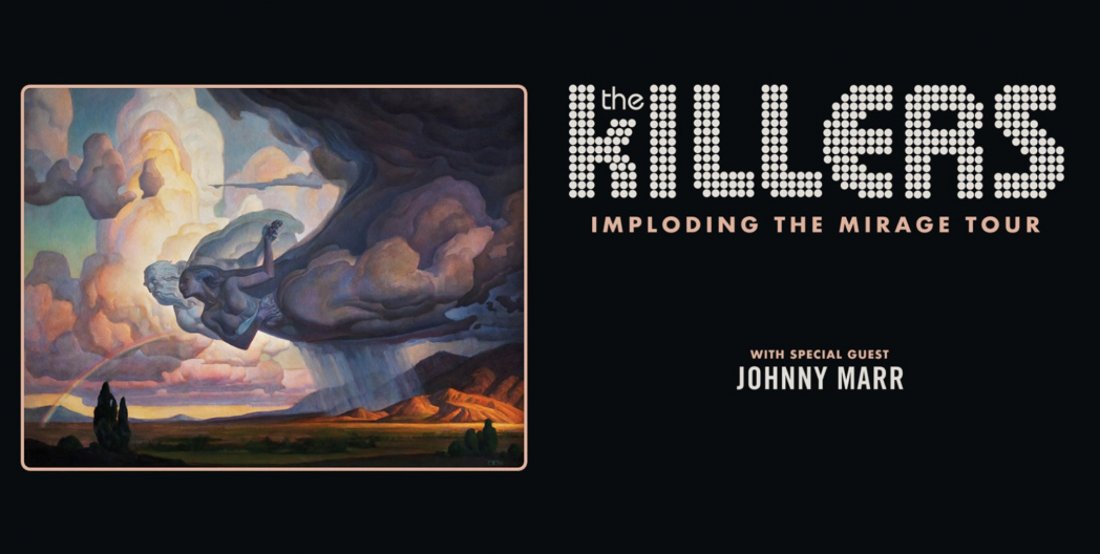 American rock band The Killers will be hitting the road with Johnny Marr on their 2022 Imploding The Mirage Tour and will be performing live on stage! This particular live concert is scheduled to take place at the venue known as Moda Center which is located in Portland, OR. The date of the event is set for August 21st, 2022.

For full event information or to look for tickets to the show please visit https://www.concerttour.us/concert-tour-dates/the-killers-tour-dates/ right now and get your tickets before somebody else does!

Performer Background : The Killers are an American rock band formed in Las Vegas in 2001 by Brandon Flowers (lead vocals keyboards bass) and Dave Keuning (lead guitar backing vocals). The band went through a number of early lineup changes but by 2002 they had settled on a lineup of Flowers Keuning Mark Stoermer (bass rhythm guitar backing vocals) and Ronnie Vannucci Jr. (drums percussion). The band's name is derived from a logo on the bass drum of a fictitious band portrayed in the music video for the New Order song "Crystal".

Since 2016 and 2017 respectively both Stoermer and Keuning have had extended periods of hiatus from the band though both remain official members. Stoermer mostly retired from touring citing both exhaustion from the road and lingering effects from a pyrotechnics accident while Keuning has released a solo album. Despite his hiatus from touring Stoermer has participated in recording sessions for Wonderful Wonderful and Imploding the Mirage and it was announced that Keuning was participating in recording Pressure Machine which was released on August 13 2021. Ted Sablay who had served as a touring keyboardist and rhythm guitarist for the band since 2006 assumed lead guitar duties for live shows in Keuning's absence while bassist Jake Stanton has taken Stoermer's place in live shows. With Sablay moving to lead guitar the band hired Taylor Milne and Robbie Connolly to play rhythm guitar and keyboards live.

The Killers are considered one of the biggest rock bands of the 21st century and the most successful act to ever emerge from Nevada selling more than 28 million records worldwide including 10.8 million in the US alone. They have performed in over 50 countries and on six continents headlining venues such as Madison Square Garden Wembley Stadium and Glastonbury Festival (2007 and 2019).