The Far Out Lounge and Stage | Austin, TX 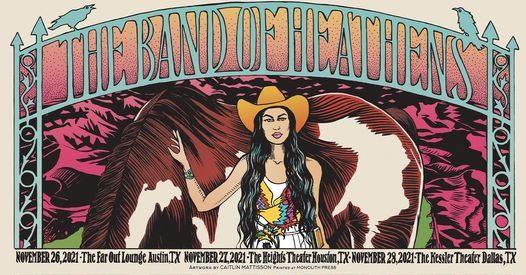 Advertisement
The Far Out Lounge
Doors at 8p
$25 adv/$30 dos
All Ages
* * *
The Band of Heathens
When The Band of Heathens dubbed it’s 6th studio album Stranger, they had no idea how prophetic that title would turn out to be. As Ed Jurdi acknowledges, it’s certainly an unusual time to release an album. “The strangest,” he says. “Maybe no time stranger. Since we started, there have been sweeping, revolutionary changes in the music business, but, in this global pandemic, we’re just a microcosm.” “We’re fortunate we’ve been able to turn directly to our fan base during the pandemic,” adds Gordy Quist. “Lately, we’ve seen four nights a week live-streaming private concerts to fans, plus one night publicly streaming with the whole band Zooming in from home. At first it seemed strange until the walls started coming down and we realized how connected we are by the fabric of music.” Stranger turns out to be an apt metaphor on both a meta - it’s an apt description of the current world - and personal metaphor in our increased estrangement from one another in silos defined by economy, politics, race and religion. “In a time when the voice of the chorus drowns out the individual, it can be hard to search and find an independent path and a unique voice,” Jurdi reflects on the latest single “South by Somewhere”. “The quest to find one’s inner inspiration, bring it to the surface through expression and to feed and nourish that fire, in the face of obstacles — to seek and explore the road that splits off of the road less traveled.”
? Get Tickets: https://bit.ly/faroutbandofheathens
Sam Morrow
Two years before releasing Gettin' By on Gettin' Down — the most guitar-driven, groove-heavy album of Sam Morrow's catalog, with songs that roll just as hard as they rock — Morrow hit the highway in support of his third record, Concrete & Mud. Despite the 28-year-old being a road warrior for years, this time things felt different. Joined by a band of amplified roots-rockers, Morrow spent eighteen months traveling halfway across the world, playing Concrete & Mud songs to the biggest audiences of his career. By the time the dust settled, he'd become a staple of Americana radio on both sides of the Atlantic, with outlets like Rolling Stone and NPR singing his praises.
? Get Tickets: https://bit.ly/faroutbandofheathens
* * *
The Far Out Lounge is located at 8504 South Congress. Winner of Best New Venue at the Austin Music Awards 2020.
http://www.thefaroutaustin.com/
PLEASE NOTE: Parking is limited, and rideshares are encouraged!
Advertisement 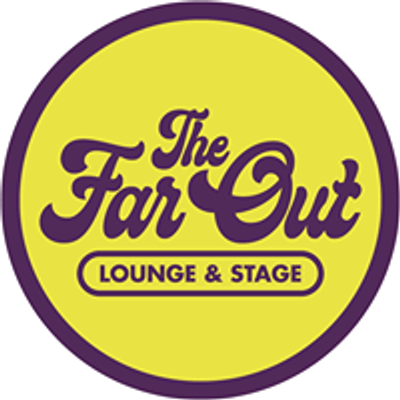 Host or Publisher The Far Out Lounge and Stage