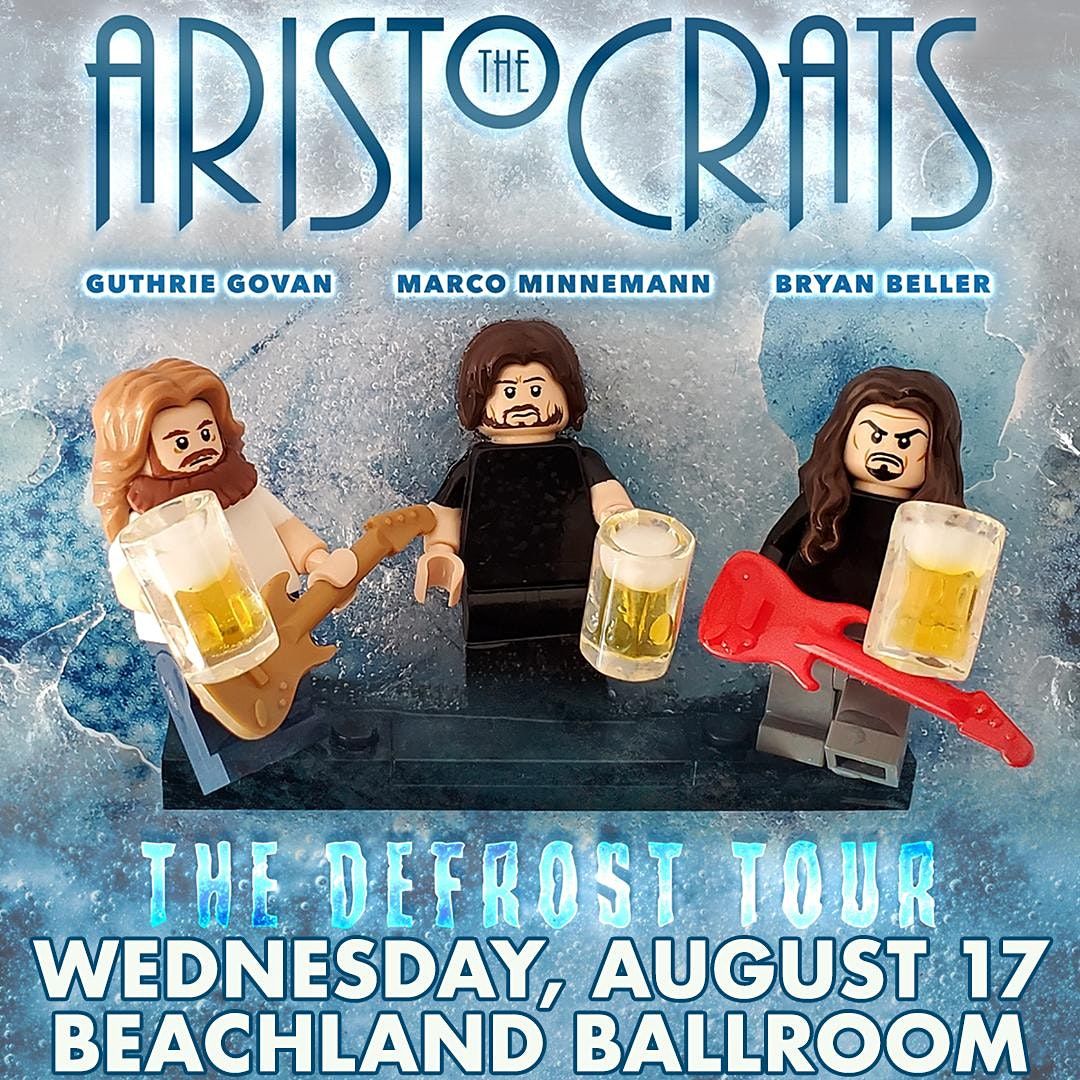 Advertisement
The Aristocrats perform at the Beachland Ballroom on Wednesday, August 17 @ 8pm.
About this Event 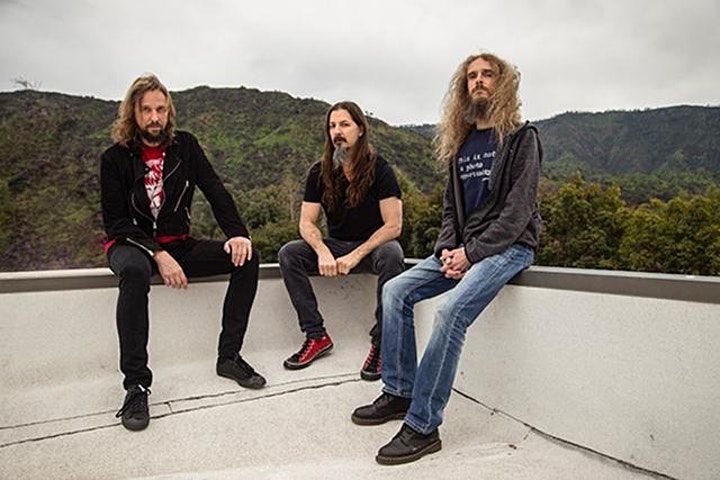 Over the past eight years The Aristocrats – guitarist Guthrie Govan (Steven Wilson, Asia/GPS, Hans Zimmer), bassist Bryan Beller(Joe Satriani, Dethklok), and drummer Marco Minnemann (Steven Wilson, Joe Satriani, Steve Hackett) – have released critically acclaimed albums, toured the world, and established themselves as one of the most musically original, refreshingly irreverent, and astoundingly entertaining instrumental rock-fusion acts on the planet. Anyone who’s witnessed their live musical high-wire act – employing random amounts of rock, jazz, pop, metal, and even traditional country – can attest that it is informed by the spirit of a true band, one whose improvisational soul allows for anything to happen onstage at any moment…including the occasional wink and nod at the audience. Perhaps Guthrie Govan said it best when he called The Aristocrats “a rowdy democracy of musicianship.”

Despite their individual followings, The Aristocrats’ formation was a matter of happenstance on a barely-paying gig. The electricity was immediately obvious, with their unbeknownst-to-them shared influences infusing a high-energy instrumental fusion with an aggressive, playful, even cheeky edge. The audience response was overwhelming, and the band formed practically by demand on the spot. Three months later, the trio convened in person – eschewing the usual remote file sharing method in favor of actual live band chemistry – to track the album. Consisting of nine tracks (three contributions from each member), the material was a melting pot of their respective influences, ranging from the seminal ’70s jazz-rock fusion of Return To Forever and Mahavishnu Orchestra, to the progressive rock of King Crimson and UK, to guitar heroes like Steve Vai and Joe Satriani, to the absurdly complex and satirical music of Frank Zappa and Mike Keneally, and even to ’90s groove metal like Rage Against The Machine.

Tracked in just eight days, The Aristocrats debut album The Aristocrats [2011] was hailed as an instant classic in leading music publications worldwide, appearing on many of that year’s top ten lists. In less than a year, The Aristocrats became one of the most sought-after live instrumental rock/fusion acts in the world. In 2013, the band released their long-awaited sophomore album, Culture Clash. The material became more aggressive, adventurous, and intense, embodying a refusal to rest on the laurels of the debut album’s surprise success. Culture Clash debuted on the Billboard Contemporary Jazz Chart at #8. Throughout this time The Aristocrats toured the world, bringing their live energy and otherworldly chemistry multiple times to North America, Europe and Asia. This around-the-world touring madness was documented on the live CD/DVDs BOING, We’ll Do It Live! [2012] and Culture Clash Live [2015].

For the band’s third studio album, Tres Caballeros [2015], they rewrote their own rules. The Aristocrats set up camp at legendary Sunset Sound studios in Hollywood, CA, where Led Zeppelin, The Rolling Stones and Van Halen all recorded landmark albums. The result was nine compositions of greater sonic depth and breadth than ever before, with unique textures and lush layering augmenting the band’s near-telepathic ability to improvise both individually and as a group at the highest levels possible.

The Tres Caballeros world tour began in summer 2015 with an 8-week stint across North America, followed by a winter European leg, and topped off with tour dates throughout Asia, Australia and South America in 2016. It was interspersed with a short landmark stint as the third “G” in a G3 tour with Steve Vai and Joe Satriani (the first time any “band” became a “G” on that bill). That’s some heavy touring, but not to worry –it was all still tempered with a steadfast refusal to take themselves too seriously, and The Aristocrats were still having more fun than an instrumental band has any right to have.

Fast forward to 2019 and The Aristocrats have just recorded their most ambitious and exploratory album in their eight year history. You Know What…? is their fourth studio album and includes nine new tracks recorded at Brotheryn Studios, Ojai, CA. Having taken a little time away to work on other projects, the band were excited to be back together doing what they do best and producing a sound that’s at once fresh and new but unmistakably the work of The Aristocrats with their trademark blend of discipline and musical freedom. True to form, the album doesn’t hitch its wagon to any one genre. The only rules the trio live by are that the music must be pleasurable for the listener and it most definitely has to be fun to play.

From the filthy, greasy rock of “D Grade F*ck Movie Jam” and “Terrible Lizard”, to the quirky anything-goes madness of “Spiritus Cactus” and “Spanish Eddie”, to the lavishly arranged “Burial At Sea” and “When We All Come Together”, and to the timeless melodies of “All Said And Done” and Last Orders”, You Know What…? is an album full of addictive grooves, high energy jamming and seemingly impossible musical twists and turns. The Aristocrats are undoubtedly back and ready to blow some minds. 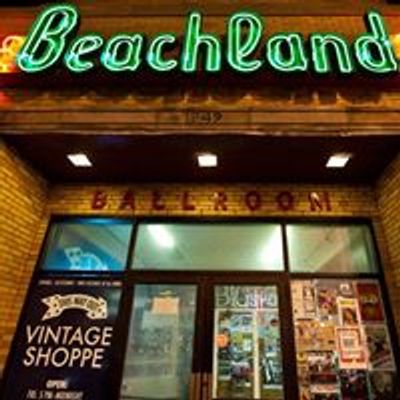