Tangos for Piano - An Evening with Pablo Estigarribia 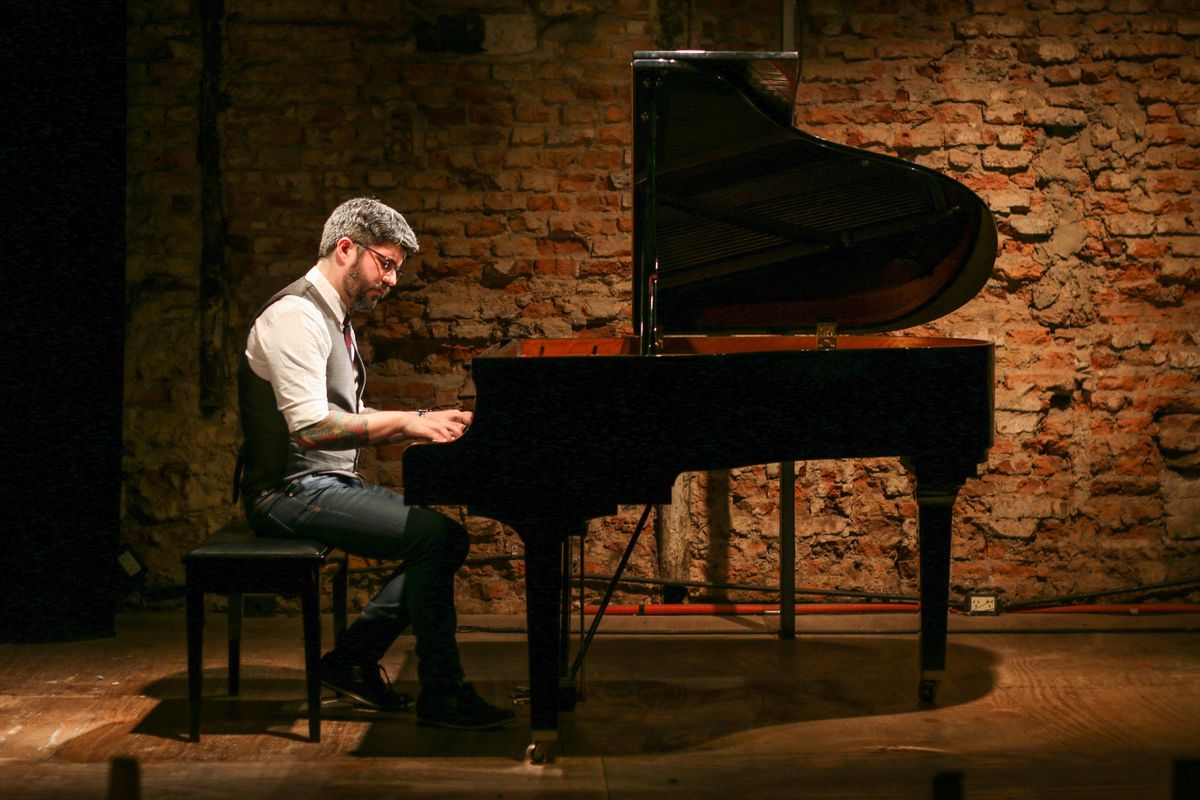 Advertisement
An evening with Argentinian virtuoso tango pianist, arranger, and composer Pablo Estigarribia.
About this Event

Horacio Salgán is without a doubt the most inventive, virtuosic and elegant pianist in Tango History. Recently an unofficial live recording that makes the only solo piano concert he played that we know of was discovered. Horacio Salgán Piano Transcriptions is the result of almost 2 years decoding this rare recording into a studio album and a music book with all the scores and research notes of the project. In this concert the full content of the book will be performed. The repertoire will feature traditional tango and some of original work by the Maestro.

Pablo Estigarribia is a world-renowned tango pianist, arranger and composer. Like many artists of this genre, he began his training as a classical musician and soon branched out into the world of tango. He studied at the National Conservatory in Buenos Aires, where he won the Bienal Juvenil National Competition for Young Artists. After graduating, he spent several years on the frenzied performance circuit in Argentina, collaborating with the Congress Chamber Orchestra, the National Radio Orchestra, and the Chaco Symphony, among many others. Seeking to broaden his musical horizons beyond the classical realm, Estigarribia took a brief detour through jazz and then discovered tango in 2005. He quickly won the Orquesta Escuela de Tango scholarship and performed with this superb ensemble under the direction of Maestro Emilio Balcarce. Estigarribia continued working with Balcarce shortly thereafter when he first toured Europe.

Estigarribia rapidly established himself as a nuanced and masterful tango performer in Germany, France, Belgium, Japan, Russia, Finland, Canada, the United States and Cuba. He has been featured in over a thousand concerts, joining Argentine tango legends like Maria Graña, Victor Lavallén, Leopoldo Federico, Nestor Marconi, Horacio Cabarcos, Emilio Balcarce and many others. Estigarribia’s album Tangos Para Piano (EPSA) won the prestigious 2015 Gardel Prize for Best Tango Album by a New Artist. After receiving wide acclaim for this album, he earned coveted recognition from the Argentine tango industry as an expert in the art of tango music. He is a recipient of the Argentine Tango Society’s Medal of Honor for his educational forays at the Stowe Tango Music Festival (Vermont, USA) in multiple years. Estigarribia’s ascendancy brought him to Japan in 2016 where he was lauded in the Tokyo press following his performances. He then became sought after in the United States, where he played in New York’s famous Blue Note Jazz Club. He has made performance and interview appearances on NBC, Univision, Telemundo, and The Huffington Post.

After enjoying the privilege of 13 years of mentorship by legendary Osvaldo Pugliese arranger and bandoneonist Victor Lavallén, Estigarribia is proud to assume the role of teacher and transmitter of the tango tradition. He is delighted to showcase and share the beauty of tango’s rich lineage, and gladly invites both the experienced and uninitiated to study the unique, seductive flair of tango. New generations of students and seasoned enthusiasts alike can advance their technical knowledge with Estigarribia’s compositions and arrangements. Above all, he seeks to reopen the passage of tango music repertoire to musicians who may not know where to start, so they too can delight in the genre’s legacy. With that goal in mind, Estigarribia published his original compositions and arrangements of traditional pieces, Tangos de Concierto, and teaches, judges, and performs regularly at tango festivals and events all over the world.

He is considered among the best tango musicians of his generation.