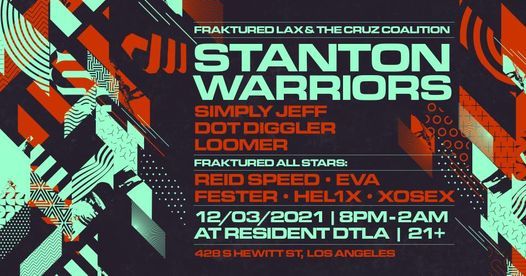 Fraktured LAX and The Cruz Coalition bring a night by and for devotees of the broken beat to Downtown Los Angeles, featuring the triumphant return of Stanton Warriors.

Appearing in LA for the first time in nearly two years, Bristol’s Beloved Bearers of The Breaks hit the decks with a jam-packed lineup of West Coast bass-slingers for a night of non-stop booty-quaking.

And a special tag team set by Fraktured LAX All-Stars:

Tickets On Sale Now at Eventbrite.com

-----------------------------------------
In accordance with the LA County Health Officer Order, patrons will be required to show proof of full vaccination against COVID-19.
Acceptable documents include paper vaccination cards, detailed photos of vaccination cards, and digital vaccine records such as those issued by the CDPH.
Fractured LAX is a supporter and active participant in the Safe Raves & Safe Night Out movement and promotes the practice of see-something-say-something.
We want our community to feel safe and empowered no matter who they are. Please let any Fraktured LA resident DJs or staff know if you need an escort while leaving the party. We’re here for you every step of the way. 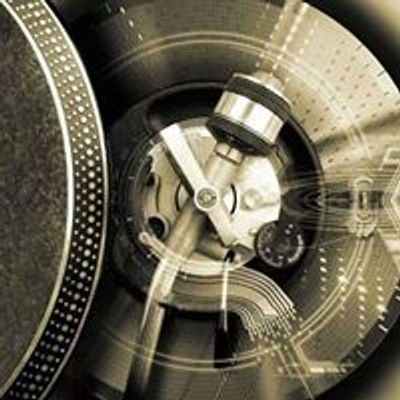