Stand Up VS Improviser 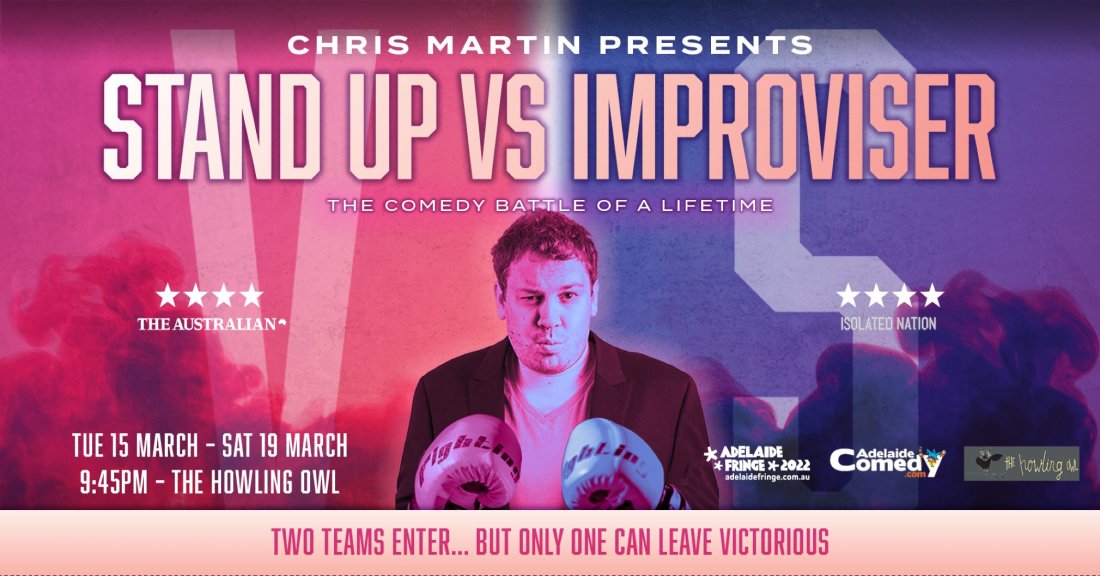 Welcome to the greatest fight in history – two stand-up comedians and two improvisers enter the ring BUT only one team leaves victorious!!!

The feud has gone on long enough. Finally a game show will determine who is better at comedy: the stand-up comedians OR the improvisers. It’s comedy’s answer to the UFC if the UFC had weaker and funnier people fighting.

Join host Chris Martin as he puts the best comedians from the Adelaide Fringe through their paces in order to win the coveted comedy crown. Don't miss the late night sensation from the Brisbane Comedy Festival - it's stupid fun!