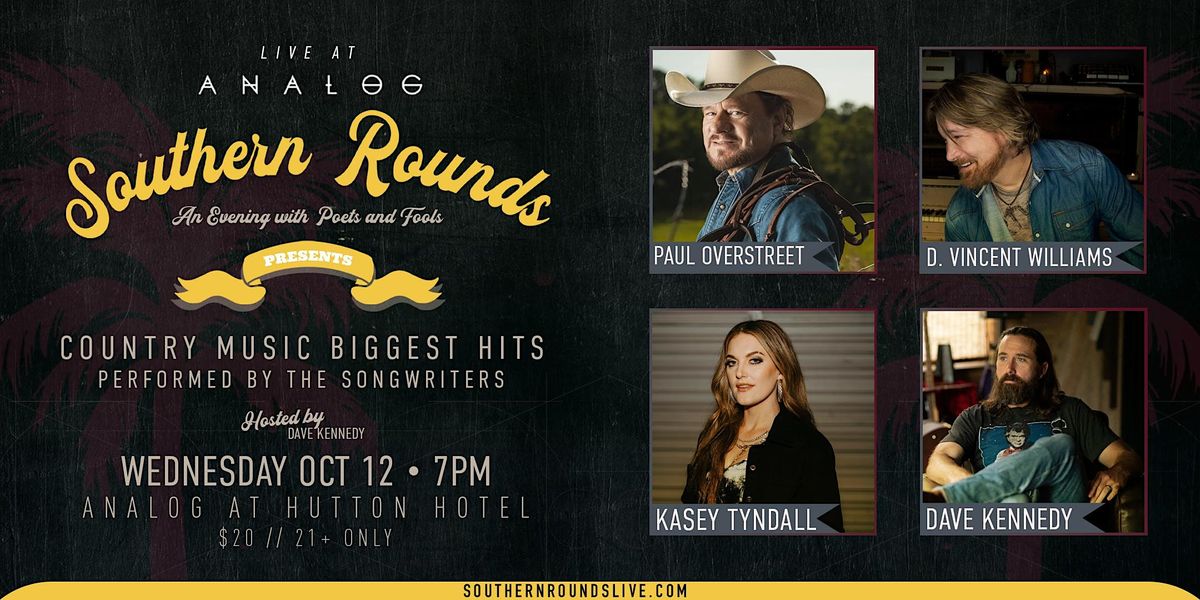 Also available as a livestream if you are not in Nashville October 12th. Click here to watch via livestream.

Paul Overstreet is a two time Grammy Award-winning, country music singer-songwriter. Not only writing hits for himself, Paul has also penned #1 songs for fellow country acts including Randy Travis, Blake Shelton, Kenny Chesney, Tanya Tucker, Ronnie Milsap and George Jones. In 2018, Paul released his latest album, Somewhere in the Caribbean and received the TRMA award in October 2020 for "Song of the Year" for the title cut. Paul has been touring for his latest album Sunsets and Songs. You can check out his albums and find tour dates earn here: [pauloverstreet.com]

The unsung heroes of the Nashville music scene, songwriters seldom command the spotlight that performing artists do, but hit-maker D. Vincent Williams is a worthy exception to the rule. With undeniable talent as a gifted–and chart-topping–songwriter, backed by years of performing experience, this hit-maker is ready to take center stage in every way. “I was singing before I could really talk, music just came naturally to me,” remembers Williams. “Songwriting is no different. I hear the melody in my head and then take notes of the pictures that come to mind. The ability to sing, play and write has given me an unlimited freedom of expression.” Over the course of his remarkable songwriting career, Williams has landed cuts on albums that have sold more than 15 million copies, including “I’m Movin’ On” by Rascal Flatts, Ty Herndon’s “Hands Of A Working Man” and James Otto’s “Just Got Started Lovin’ You.” He has had songs recorded by esteemed artists including Kenny Rogers, Randy Travis, Reba McEntire, Ronnie Milsap, Jason Aldean, and Lee Ann Womack. “I didn’t choose songwriting, it chose me,” says Williams. Learn more about him here: [dvincentwilliams.com]

Tapped as a “hard-rock country badass” by Rolling Stone, Kasey Tyndall is making her stamp on country music with her edgy, rock-infused, hard-hitting country sound. With roots going back to a small town outside Greenville, North Carolina, Kasey worked three jobs while singing on the side with dreams of moving to Music City. That dream quickly became reality after winning a radio station contest to duet with Keith Urban at a Raleigh, North Carolina tour date in 2015. Since then, Kasey has shared the stage with renowned musicians such as Jamey Johnson, Drake White, Joe Diffie, Kane Brown, Granger Smith, The Cadillac Three and more. Her musical influences range from Miranda Lambert and Allison Krauss to Avril Lavigne and Joan Jett, reflecting her innate ability to resonate among hard rock & roll and country fans alike. In 2021, Kasey signed a publishing deal with River House Artists. When she’s not touring the country playing shows, she’s writing songs for herself and other artists each and every day. Her most recent single, “Nothing Wrong With Being Country,” co-written with Cole Taylor and Jacob Rice and produced by award-winning musician and producer, Derek Wells, can be found on all major music platforms. For the latest news and info on Kasey, check out her website: [kaseytyndallofficial.com]

Dave Kennedy is a storyteller above all else, and it’s easy to see why. His songs paint a cinematic portrait of America as his characters journey through love, heartbreak, humor, sin, redemption, revenge and perhaps even a few of the songwriter’s own footsteps along the way. Bringing these songs to life is a voice so soaring and powerful you can’t help but be swept away into his world by the end of the first chorus. He navigates his way through each story and each world with a dynamic presence of both strength and subtlety that appreciates both the peaks and the valleys, the highways and the backroads, the loves lost and lingering in his mind. It’s for all these reasons that Dave has a reputation as one of Nashville’s most respected songwriters and artists, and why artists like Travis Tritt, Riley Green, Whiskey Myers, Drake White, Larry Fleet and others are eager to continue writing and performing with Dave Kennedy. Check Dave’s website to stay up-to-date: [davekennedymusic.com] 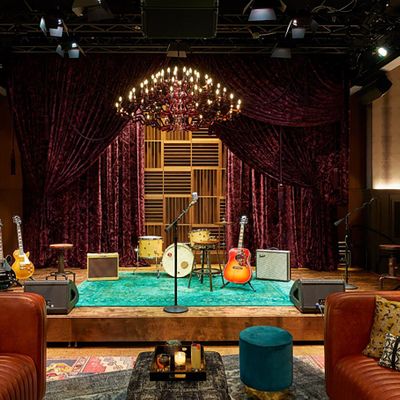