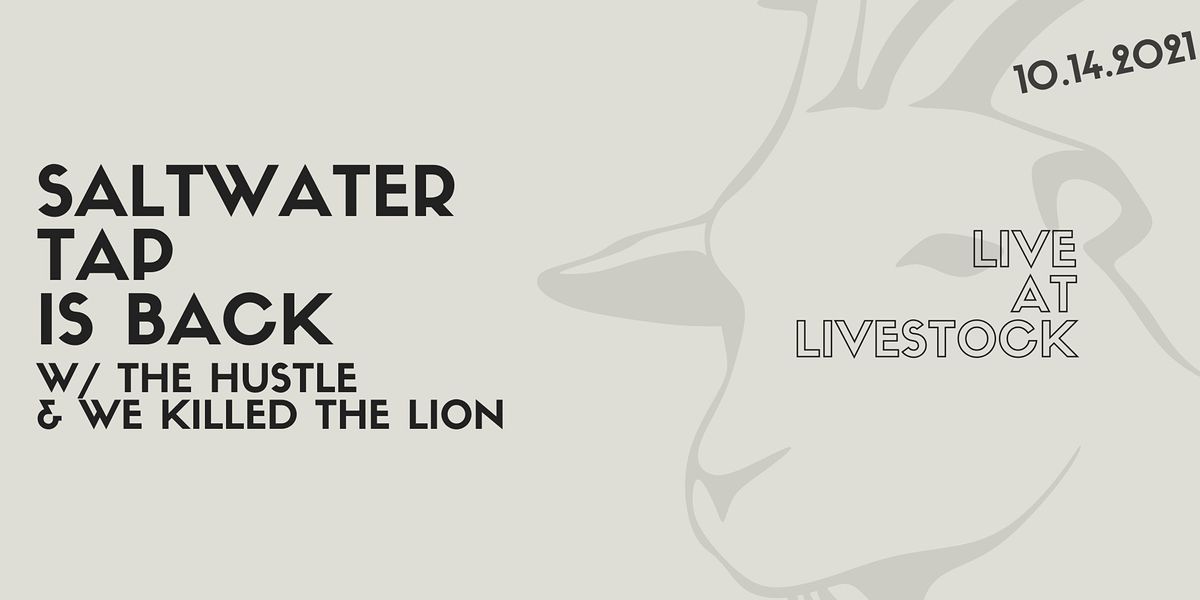 Advertisement
Saltwater Tap is Back!
About this Event

After a 2 year long hiatus, your favorite Chicago Folk-Funk band is back and better than ever, playing at a FARM in the middle of the city nonetheless. Joined by bands The Hustle, and We Killed the Lion, this will be a night to remember!

Saltwater Tap is a folk-funk band from Chicago, or are they...? Legend has it Saltwater Tap was born from the sea, and to the sea they shall one day return. Folk-funk, what's that? Think Paul Simon meets Parliament. Story-driven songwriting, crunchy gutar, synth-ey goodness, funky grooves that'll make ya shake yer boot. Saltwater Tap primarily consists of frontman Garen Hudson, beat-wizard Taylor Vos, and singer-songwriter Cait-Arq . This power trio brings it for their live performances, and is often accompanied by some of the baddest players in Chicagoland.

We Killed the Lion are three musicians from Chicago. They get their inspiration from 60’s psychedelia, 70’s rock, and 90’s grunge. They deliver a unique hard rock experience for their audience.

The Hustle likes to party and rock n roll.