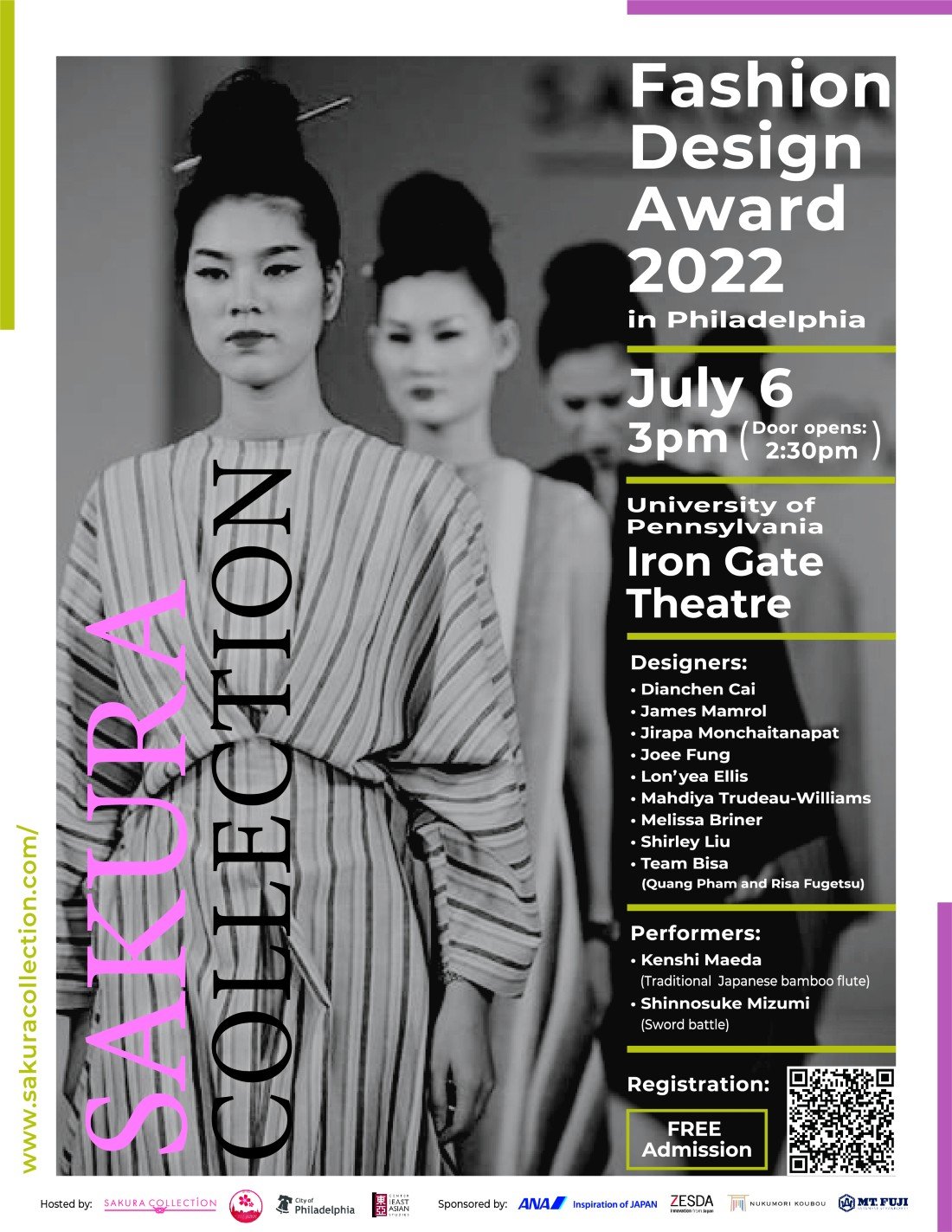 The SAKURA COLLECTION Fashion Design Award aims to connect Japan's traditional industry with young creators from around the world to generate new ideas for the future. From 2012 to 2022, the Fashion design award was held for fashion students, mainly from Asia, on the theme of "Japan," with a total of 32 grand prix competitions in seven countries. Since 2020, the competition has expanded to an international scale by proposing the theme of "Japanese materials", and each time wonderful designs using traditional Japanese materials are submitted from all over the world.

Elissa Bloom - Executive Director of the Philadelphia Fashion Incubator at Macy’s Center City. She has been with the organization since 2011 and launched the successful initiative which is now used as an international model for fashion incubation.

Osamu Saito - Established Yohji Europe S.A., a French branch of Yohji Yamamoto S.A., to expand the Yohji Yamamoto brand into Europe and the United States. He served as President of Issey Miyake Europe S.A. for three years from 2007. In 2008, he was awarded the “Ordre des Arts et des Lettres”

The production of traditional Shizuoka Enshu Men Tsumugi textiles has been continuing since the Edo period (1603-1868). Honoring tradition, the yarn is dyed in colors that evoke images of Japan’s four distinct seasons, and the fabric is still woven carefully on traditional looms at no more than 40 meters/day to ensure it is incredibly soft to touch. During the Meiji period (1868-1912), inspired by the demand for such soft and exceptional fabric, the city of Hamamatsu saw the introduction of the power loom and its textile industry formed an industrial base that includes the Toyota and Suzuki motor companies and instrument manufacturer, Yamaha, while it remains one of Japan’s three largest textile production areas to this day.

日本国総領事館), The Center for East Asian Studies, The City of Philadelphia