Public Meeting - Capitalism is Killing the Planet: Fight for a Socialist Alternative 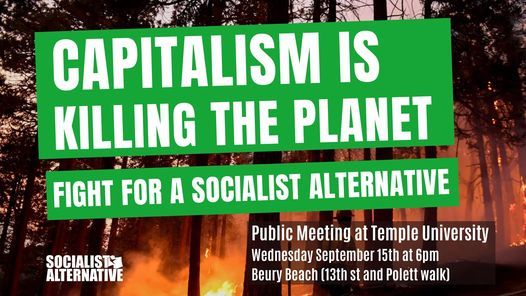 Advertisement
Join us for a Socialist Alternative meeting at Temple University to talk about the socialist plan to fight the climate crisis and learn more about getting involved! The meeting will be held outside on Beury Beach across from the Bell Tower on Temple campus. Bring a blanket to sit on!
The new major climate report from the UN’s climate panel, IPCC, is a devastating indictment of the world’s rulers and the capitalist system. It is warmer now than it has been for 100,000 years, and now scientists can show a clear link between the extreme weather of the last decade and climate change. And while companies try to push “green capitalism,” the stark reality is that just 100 corporations are responsible for 71% of global emissions!

Biden entered office paying lip service to youth climate activists, but completely removed all meaningful climate measures from the $1 trillion infrastructure plan. The only guarantee we have that corporate-controlled Democrats will follow through on their climate promises is if we force them to by building a mass movement with concrete, sweeping demands and democratic structures.

The reckless drive for profits inherent in the capitalist system is fundamentally at odds with the health of the planet and of ordinary people. We need to take the top 500 companies into democratic public ownership, allowing for the democratic allocation and extraction of resources. A socialist world is necessary, and possible, if working-class and young people around the world unite to fight for it. Join us!
#systemchangenotclimatechange #schoolstrikeforclimate #climatecrisis #schuylkill #Ida #socialism
Advertisement 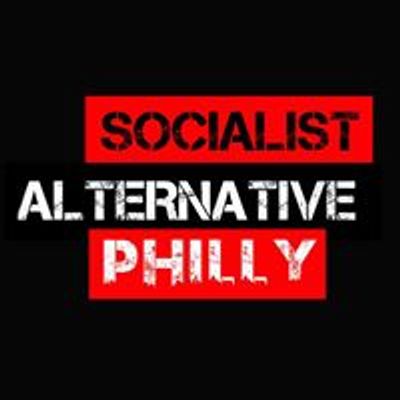