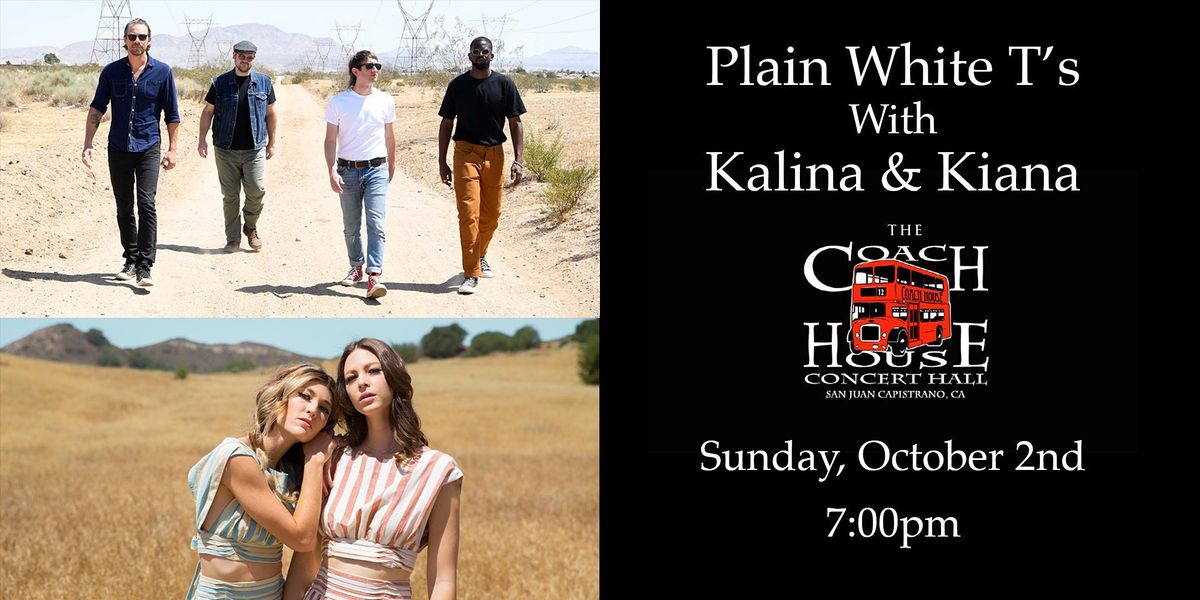 Plain white T's the GRAMMY Award-nominated multiplatinum Chicago has amassed an enduring, engaging, and enigmatic catalog, spanning two gold-certified offerings All That We Needed (2005) and Every Second Counts (2006) and unshakable anthems such as the double platinum 1,2,3,4 and platinum Rhythm of Love.Among the discography, Hey There Delilah went quadruple-platinum, topped the Billboard Hot 100, and earned a pair of 2008 GRAMMY Award nominations in the categories of Song of the Year and Best Pop Performance by a Duo or Group with Vocal.

Kalina & Kiana is a California-based pop duo with fresh ideas, relatable lyrics, nostalgic sibling harmonies, and a crazy story that got them here… At ages 11 & 13, they formed an all-girl band, for which John Stamos produced a pilot that Disney held to replace "Hannah Montana.” Flashforward, this led to another musical TV series in Europe, which took the sisters off the market for nearly 5 years. While under contract, they still played 100s of live gigs and wrote songs for Netflix and Disney. After many other career highs and lows, the sisters are no longer contractually bound and making the best music of their lives as they try to navigate through a broken music industry.