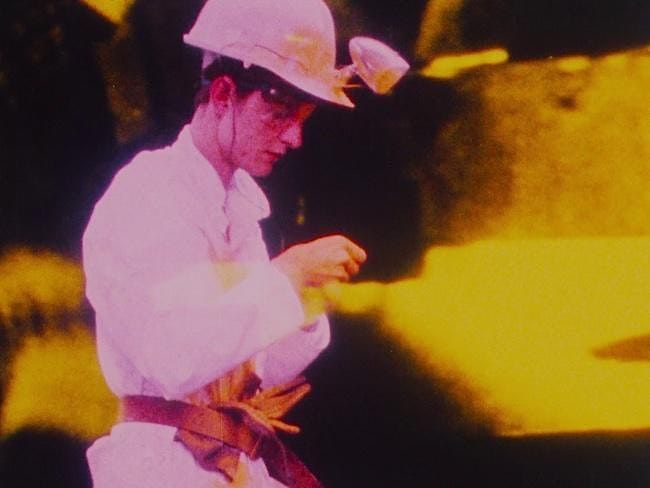 The Critical Media Lab (CML), McGill’s Department of Anthropology and the Leadership for the Ecozoic (L4E) present:

Sandra Lahire (1950-2011) was a central member of the feminist and experimental filmmaking community in London in the 1980s and 1990s. She made ten 16mm kaleidoscopic films marked by corporeal vulnerability – her own, that of the worker's body, the body of the earth, the body of film. With her "Anti-Nuclear Trilogy," which merges documentary, performance, animation, and superimposition (both in camera and on the optical printer), Lahire proposes a profound reflection on the patriarchal legacies of human violence against the nonhuman world – Excerpt from Maria Palacios Cruz's introduction to “Living on Air: the Films and Words of Sandra Lahire.”

The panel will be moderated by Thalia Danielson, Catherine Zambrano and Jasmine C. Pisapia.

This public screening is presented in the context of the seminar ANTH 402: Topics in Ethnography: Toxic Landscapes taught by Jasmine C. Pisapia at McGill University’s Department of Anthropology and has been generously supported by the Leadership for the Ecozoic (L4E). The films presented in this program are distributed by LUX.

Follow this link for a dossier on Lahire’s work.