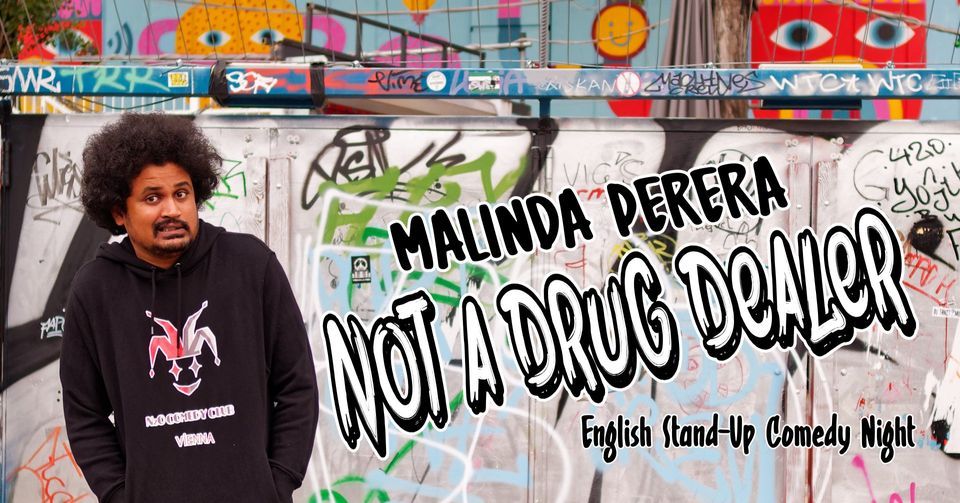 TICKETS: https://www.thelaughhouse.se/event/malinda-perera-not-a-drug-dealer/
Dublin based Sri Lankan stand-up comedian is bringing his solo show "Not A Drug Dealer" to Stockholm for the very first time!
An hour-long solo show where he talks about the experiences he had in Europe as a brown man. From moving to Europe from Sri Lanka as a student to starting a career as a standup comedian, this show will give you an insight of what it means to be brown on a white continent.
About Malinda:
Malinda Perera is a Sri Lankan comedian born and raised in Colombo. Having lived in Sri Lanka and Malaysia, he decided to move to Austria after figuring out it is the only country you can have sex in a subway (not the sandwich place).
Since taking the stage for the first time in 2016, Malinda has been exploring and observing his inter-cultural experiences in a funny way. In 2021 Malinda moved to Dublin, IE to continue performing stand-up comedy and within the short period he has been in Dublin, he has performed at many prestigious comedy clubs in Ireland.
In 2019 Malinda Created N2O Comedy Club - Vienna, an English Comedy Club that produces some of Vienna’s favorite shows featuring the best local talents. N2O Comedy Club - Vienna rose to success in such a short period of time and has become a great stop for touring comedians and stands as a strong pillar of the English comedy circuit in Vienna, AT. After moving to Dublin Malinda launched N2O Comedy Club - Dublin, the newest comedy club in Dublin.
Tickets:
Early Bird 150kr (Limited!)
Regular Online 180kr
At the Door 200kr
Doors open: 20.00
Show Starts: 20.30