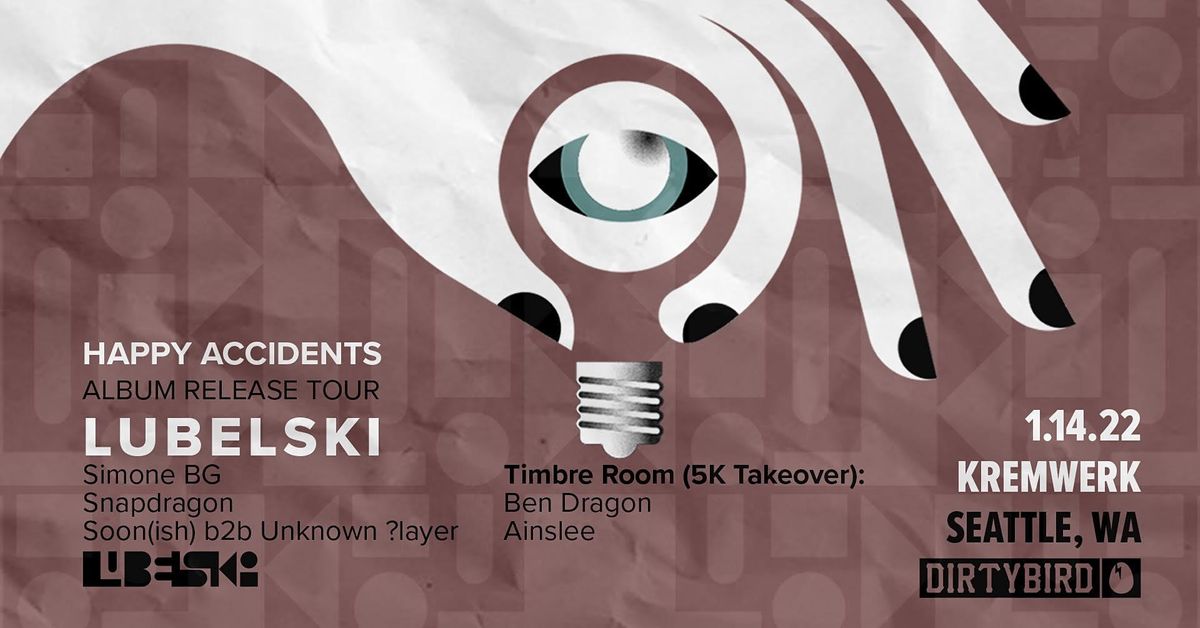 Noise Complaint & 5K team up to bring Lubelski to Kremwerk for his Happy Accidents album release tour.
About this Event

When it comes to the next generation of house music artists and flag bearers of rave culture there are few out there who bring a sense of creativity and style to the fold like Lubelski. A Los Angeles native bred in the eclectic corners of SoCal - Jake Lubell has cultivated an unmistakable sound of his own, repeatedly earning the attention of some of the world’s most famed selectors and curators. Lubelski remains loyal to the wonkiness of the West Coast rave-scene that raised him, yet navigates the studio and booth alike with an elevated sense of songwriting far beyond his years.

Part electrical engineer, part multi-instrumentalist studio kid, Jake Lubell has synthesized a knack for percussive, eclectic beats into a guiding beacon for analog obsessed producers worldwide. Through a decade of dedication to self-taught musical exploration and a keen understanding of late nights on the dancefloor, this talent on the verge has emerged as one of North America’s most promising forces.

When 2020 struck Lubelski was poised for what was and will remain his breakout year. While some pushed back release schedules in the wake of folded tours and stripped visas, Jake kept the course, putting out his debut ‘Universal Groove’ album on his own Percomaniacs imprint. This milestone began a momentous string of chart topping EPs on key European imprints elrow, Mele’s Club Bad, Audiojack’s Gruuv, and Stefano Nofereni’s Deeperfect. He then returned to his home turf labels of Desert Hearts with ‘The Rave Scene’ EP and his leftfield return to VonStroke’s Dirtybird with ‘Lost My Senses’.

Then in the heat of lock-downs, banished from the booth, Claude VonStroke offered Lubelski a live modular-jam show on the label’s Twitch channel that would forever change the way he made music. For marathon stretches each week Lubelski would get lost in the bleeps and bloops of modular synth oddities, letting the randomness of the machines take control, and showing off a side of his personality that few had seen before. It was here that Claude offered Jake his debut DIRTYBIRD album and where the ‘Happy Accidents’ concept took form.

With the help of his own official Twitch partnership channel and a dedicated group of fans, Lubelski spent six weeks jamming and recording the leftfield modular samples that would become the bedrock of the project. Another month later he would have the most wide-reaching yet cohesive body of work he had ever created. An erratic, eclectic, and club ready moment in time captured in amber and ready to rave.

A global perspective on crate-digging has yielded a unique sample-ladden and rhythmic approach for Lubelski in the studio and booth alike, delivering a wild obsession for the groove often unattainable for young artists. The result has been deep nods from renowned global curators like Damian Lazarus, Doc Martin, Jamie Jones, Claude VonStroke, De La Swing, Dennis Ferrer and David Scuba - a support listing far beyond his years.

On the road’s past, Lubelski’s iconic sets have earned him key billings with leading promoters like Desert Hearts Festival, CRSSD, Decibel Festival, Elrow NYC, DoLab and Elements while also dominating prime showings at San Francisco’s Midway, Chicago’s SPYBAR, Miami’s SPACE, Los Angeles’ Sound Nightclub, and many more scene leading venues. He will head out on his ‘Happy Accidents’ tour this fall to play his biggest string of headlining shows to date.

Armed with a decade of boundary pushing production and a holistic understanding of what it means to be an artist, Lubelski stands as an artist who has been truly touched by the unity of rave culture and the infinite creative possibilities of electronic music production. In the studio, behind the decks, on Twitch, or on the road, he continues to push our world forward with a deep respect for those who have come before him.

UPSTAIRS IN THE TIMBRE ROOM

? Proof of vaccine will be required to attend this event ?

⚠️ EVERYONE DESERVES TO FEEL SAFE AT SHOWS ⚠️

+ ASK FOR CONSENT before getting up in someone's space.

+ VENUE STAFF are here to help.

+ ALCOHOL & OTHER DRUGS do not equal consent. Enjoy the music. Revist the connection later.

+ RESPECT people's boundaries. Be chill if they say no.

+ CHECK IN with people who need it.

+ REMIND FRIENDS to be more self-aware if they are making people feel uncomfortable.

Gone is the party where the music and the people at the party mattered more than making money. As Electronic Dance Music has exploded in popularity over the last several years, so have crowds and ticket prices along with it. In the beginning, events were held in underground, often intimate venues. It was about the music, and it was about each other.

Noise Complaint is taking it back to its roots, bringing the people quality, dance floor focused house and techno all while pushing that party-don't-stop vibe that everyone loves. We're bringing in huge talent - DJs and producers that are well known and respected but that we also personally vibe with. We're doing this at a small price, and in an intimate space. It's about the music for us, it's about the party and the vibe and the memories and friends you will make. Every Noise Complaint should be the best party you've been to since well, the last Noise Complaint.

We're more than just a party, we're a movement. Join us 2nd Fridays at Kremwerk and become part of the family. 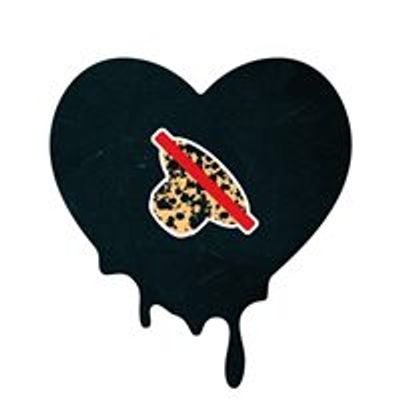