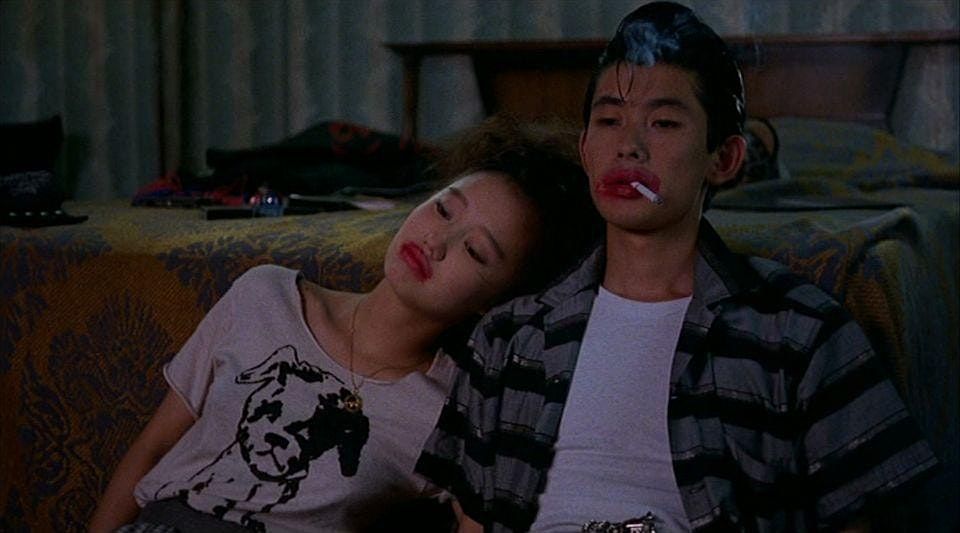 Advertisement
Mystery Train Directed by Jim Jarmusch (1989)
About this Event

Mystery Train is a 1989 comedy-drama anthology film set in Memphis, Tennessee. The film is a triptych of stories involving foreign protagonists, unfolding over the course of the same night. "Far from Yokohama" features a Japanese couple (Youki Kudoh and Masatoshi Nagase) on a cultural pilgrimage, "A Ghost" focuses on an Italian widow (Nicoletta Braschi) stranded in the city overnight, and "Lost in Space" follows the misadventures of a newly single and unemployed Englishman (Joe Strummer) and his reluctant companions (Rick Aviles and Steve Buscemi). The narratives are linked by a run-down flophouse overseen by a night clerk (Screamin' Jay Hawkins) and his disheveled bellboy (Cinqué Lee), the use of Elvis Presley's song "Blue Moon", and a gunshot.

It enjoyed critical acclaim on the film festival circuit, and like the director's earlier films premiered at the New York Film Festival and was shown in competition at Cannes, where Jarmusch was awarded the Best Artistic Achievement Award.

As always thank you to our programming sponsor, the law office of Busciglio, Sheridan & Shoeb!