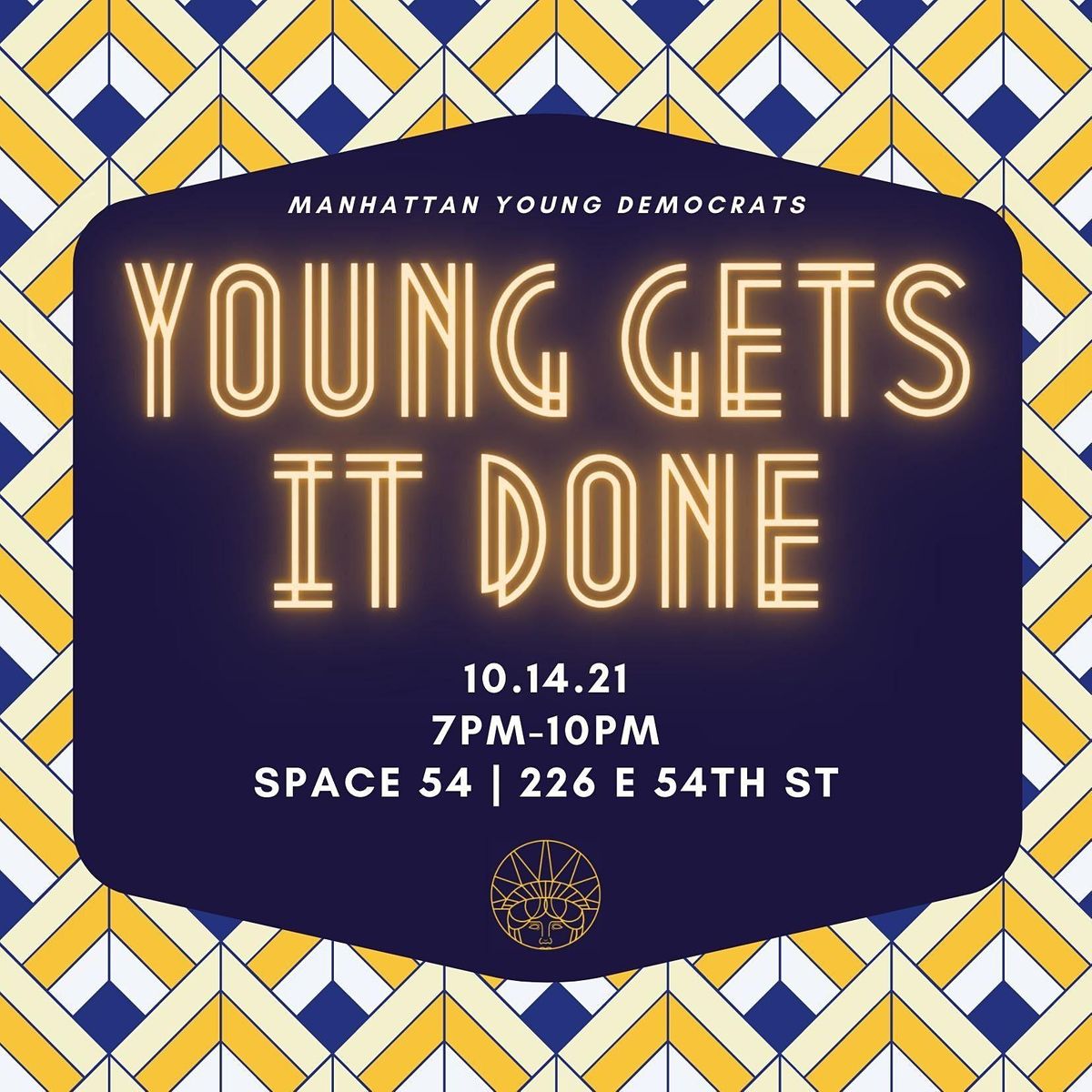 Advertisement
MYD’s Annual Young Gets It Done honors fellow young politicians, organizers, and activists who have helped change the fabric of our city!
About this Event

MYD’s Annual Young Gets It Done event serves as an opportunity for the city’s most politically engaged young people (under age 36) to honor a handful of fellow young politicians, organizers, and activists who have helped change the fabric of our city and state over the preceding year.

COVID SAFETY: All attendees will be required to show proof of vaccination

This year's honorees include:

Democratic Nominee for the City Council’s 9th district, Kristin Richardson Jordan, has devoted her life to activism in the Black Lives Matter and Occupy Wall Street Movements. She has also founded Pens Up Press, a successful activist oriented publishing company

Founder of the bi-weekly City and State Excelsior newsletter, Amanda Luz Henning Santiago, is a rising star in New York City Journalism whose work has also been featured in other publications like Huffpost, Mashable, and the Independent

Legislative and Communications Director for Greater New York, LECET and recent Labor 40 Under 40 recipient Rebecca Lamorte, has been an extremely powerful voice in the fight for a $15 minimum wage and the Constructive Safety Act

(more to be announced in the coming weeks)