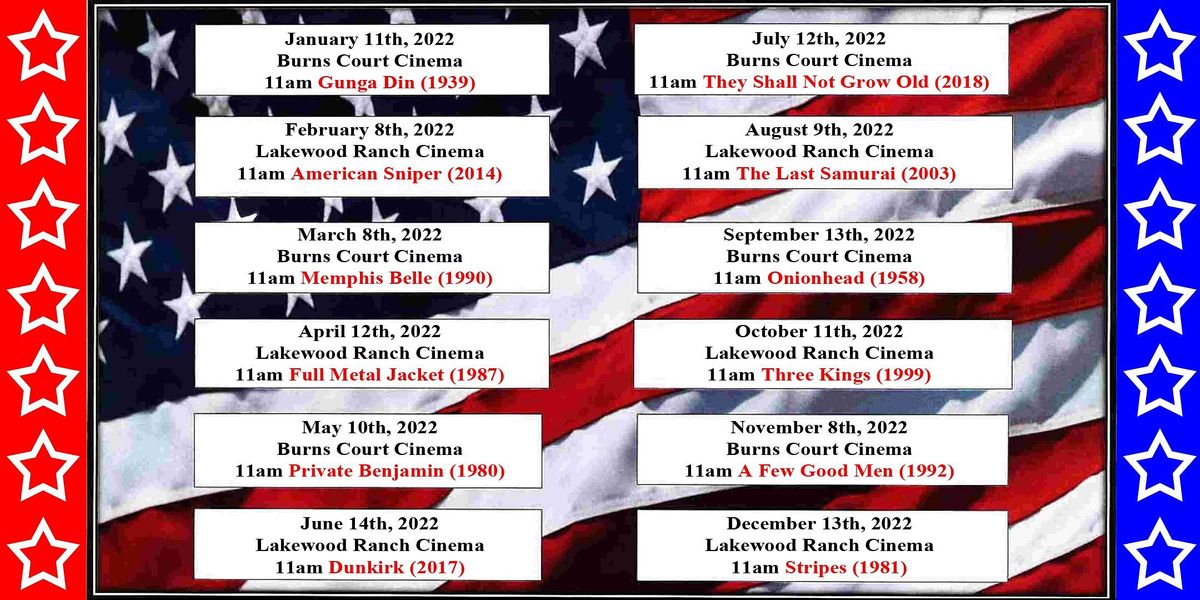 Advertisement
Sarasota Film Society is proud to present "Movies For Heroes", a year long Salute to our Military.
About this Event

Sarasota Film Society is proud to present "Movies For Heroes", a year long Salute to our Military. Active, Non-Active, Retired Personnel & their family are welcomed to join us once a month at 11am at Burns Court & Lakewood Ranch Cinemas starting in January of 2022 for a year of free movie screenings. 10% of the concession sales from these screenings will go to Wounded Warrior Project. Space is limited, reserve your tickets today.

Schedule of Films for Burns Court:

In 19th century India, three British soldiers and a native waterbearer must stop a secret mass revival of the murderous Thuggee cult before it can rampage across the land.

In 1943, the crew of a B-17 based in UK prepares for its 25th and last bombing mission over Germany before returning home to the USA.

A sheltered young high-society woman joins the United States Army on a whim and finds herself in a trickier situation than she ever expected.

A documentary about World War I with never-before-seen footage to commemorate the centennial of the end of the war.

In 1941, an Oklahoma college graduate joins the US Coast Guard and serves as a cook on a ship based in Boston.

Schedule of Films for Lakewood Ranch:

Navy S.E.A.L. sniper Chris Kyle's pinpoint accuracy saves countless lives on the battlefield and turns him into a legend. Back home with his family after four tours of duty, however, Chris finds that it is the war he can't leave behind.

A pragmatic U.S. Marine observes the dehumanizing effects the Vietnam War has on his fellow recruits from their brutal boot camp training to the bloody street fighting in Hue.

Allied soldiers from Belgium, the British Commonwealth and Empire, and France are surrounded by the German Army and evacuated during a fierce battle in World War II.

An American military advisor embraces the Samurai culture he was hired to destroy after he is captured in battle.

In the aftermath of the Persian Gulf War, four soldiers set out to steal gold that was stolen from Kuwait, but they discover people who desperately need their help.

Two friends who are dissatisfied with their jobs decide to join the army for a bit of fun. 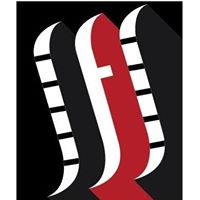