The Back Room | Berkeley, CA

Advertisement
Two blues greats team up for a special Bay Area performance!
About this Event

Matthew Skoller has been blowing his harmonica in the Chicago Blues scene since the mid-80’s and has established himself as one of the top harp players and bandleaders in the region.

He has recorded five of his own critically acclaimed CDs, produced two award-winning CDs for Lurrie Bell, co-produced a Grammy nominated album (Chicago Blues: A Living History), and served as the program director for The Logan Center Bluesfest at The University of Chicago from 2018-2021. In 2013, Matthew was inducted into the Chicago Blues Hall of Fame.

Matthew has been a session player for Alligator Records, Delmark Records, Blind Pig Records, Earwig Records, Polygram and many others over his 40-year career, all while keeping up a busy gig schedule both locally and internationally. A consummate storyteller, his soulful vocals and muscular harp work are the foundation his insightful, poetic and critically acclaimed lyrics rest upon. Uniquely, he brings a singer-songwriter sensibility to a lifetime of deep Chicago Blues experience.

For this Bay Area visit, Matthew will be accompanied by his old friend and former Chicagoan, Blues guitarist extraordinaire Steve Freund and his Blues Trio. Matthew first met Steve in 1981. Steve rescued the underage harmonica man from being turned away from the door at a club where Freund was playing with the Legendary Big Walter Horton! Thanks to Steve, Matthew saw Walter and it changed the young upstart’s life. Steve continued to support Matthew’s work and often had him sit in with him and Blues patriarch Sunnyland Slim in Chicago.

This show at The Back Room will be a wonderful reunion between these two Chicago Blues artists. They will be performing originals and Chicago Blues “chestnuts,” drawing off decades of collective experience. The sympatico between these musicians is palpable!

Guitarist, producer and bandleader Steve Freund, praised by Rolling Stone for his "masterful, no-nonsense guitar work," continues to share his feeling for the Blues wherever he can. Steve has appeared on over 50 albums and produced seven. In October 2017, he was part of an upcoming Delmark recording called Back To Chicago by the Rockwell Avenue Blues Band.

Steve's most recent solo recording, Come On In This House, received a great deal of critical acclaim when released in 2014. His third studio album, Lonesome Flight, was released by 9 Below Productions in 2010 and included nine original songs along with four blues classics. He also has two solo records released on the historic Delmark label, C For Chicago, and I'll Be Your Mule. Steve also played on Koko Taylor's Grammy-winning Blues Explosion.

Tickets are $18 in advance, $20 at the door general admission; $15 for students/low-income individuals. Children under 12 are free. Advance tickets are available at the link below, or you may purchase your tickets at the door the night of the show.

Doors open one half hour before show time. We accept cash or Venmo only at the door.

The Back Room is an all-ages, BYOB (for those 21+) space, dedicated to (mostly) acoustic music of all kinds. You are welcome to bring your own food and adult beverages with no additional corkage fee. The venue is ADA accessible. If you need more information or have any questions, please call us: #510-381-1997.

A Message About Our Indoor Shows:

Our indoor shows require that you wear a mask except when eating or drinking. The performers will be mask-less and same-day tested. 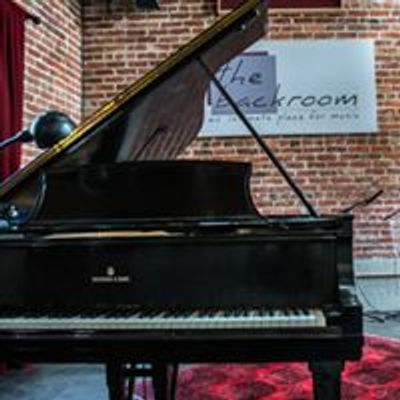 Host or Publisher The Back Room