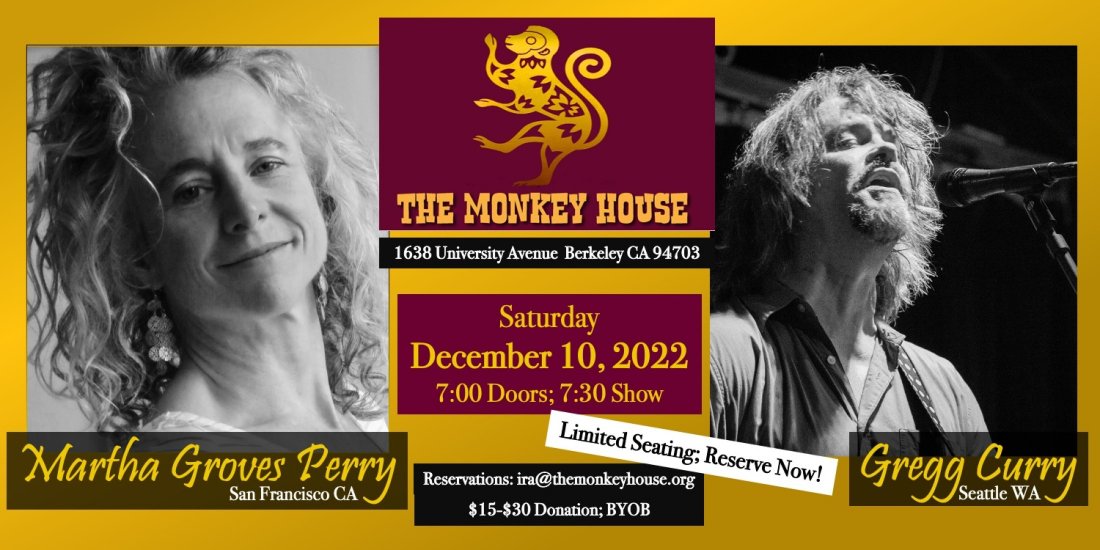 It’s singer-songwriter night at The Monkey House in Berkeley CA as Martha Groves Perry of San Francisco splits a bill with Seattle troubadour Gregg Curry. This is both artists’ first appearance at The Monkey House, which is the perfect listening room to experience their thoughtful and thought-provoking songs. Martha’s new rhythm section will back up both artists. If you enjoy rich lyrics and catchy tunes come prepared to be both entertained and moved.

Martha Groves Perry’s original music has a straightforward compelling and sometimes edgy clarity with strong blues southern rock and experimental influences. She captivates audiences during her endearing stage shows with thoughtful and hilarious stories alongside engaging performances of her meaningful and substantive songs. Her penetrating lyrics described by her producer Kenny Schick as “journaling in poetry” reflect the fearless truth-telling and unbothered amusement of a seasoned female point of view. Martha will celebrate a new album release in April 2022 with an Album Release Show at Art Boutiki in San Jose CA followed by a tour in the US midwest & southeast. Learn more at marthagrovesperry.com.

Gregg Curry’s songs dig deep into the roots of American music informed by his extensive travels absorbing this country’s musical tapestry. Classic rock soul and blues as well as the country bluegrass and gospel of his native Alabama influence his finely crafted original songs as he seamlessly knits these traditions into lyrical and catchy tunes. Based in the Seattle area since 1990 his journey took him from the grunge scene of the 90s to the deep Americana that now informs his art. Curry has the commanding stage presence and vibrant energy of a veteran performer. He has released three albums and four EPs with bands numerous singles and two solo albums. He begins a new solo album in fall 2022. Learn more at greggcurry.com. 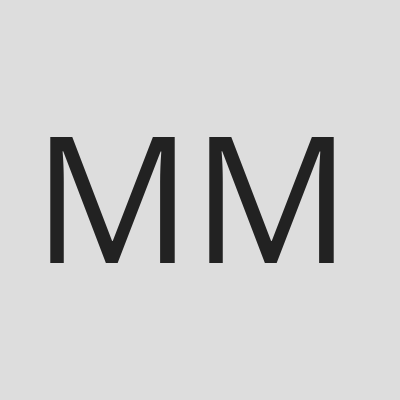