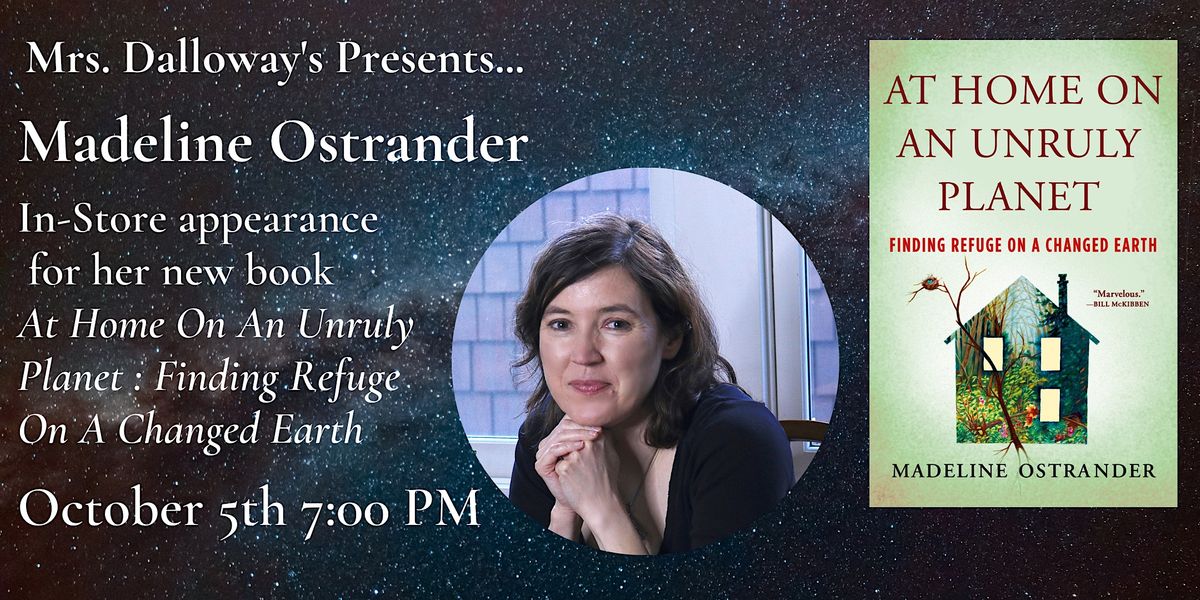 Advertisement
Join us Wed Oct 5th when Madeline Ostrander comes to Mrs. Dalloway's to read from, discuss, and sign her book At Home On An Unruly Planet
About this Event

Author Madeline Ostrander comes to Mrs. Dalloway's Bookstore to read from and discuss her new book At Home On An Unruly Planet: Finding Refuge On A Changed Earth . From rural Alaska to coastal Florida, it's a vivid and hopeful account of Americans working to protect the places they call home in an era of wildfires, floods, and uncertainty—including efforts in Richmond, California, to transform a city built around an oil industry giant, the Chevron refinery. Co-hosted by the University of California, Berkeley’s Othering and Belonging Institute, Madeline will talk about how Richmond and other frontline communities are finding resilience amid new threats, recovering after almost unthinkable disasters, and reimagining themselves in a time of climate emergency.

Madeline will sign copies of her book after the presentation.

How do we find a sense of home and rootedness in a time of unprecedented upheaval? What happens when the seasons and rhythms in which we have built our lives go off-kilter?

Ostrander pairs deeply reported stories of hard-won optimism with lyrical essays on the strengths we need in an era of crisis. The book is required reading for anyone who wants to make a home in the twenty-first century.

MADELINE OSTRANDER is a science journalist and writer whose work has appeared in the NewYorker.com, The Nation, Sierra magazine, PBS's NOVA Next, Slate, and numerous other outlets. Her reporting on climate change and environmental justice has taken her to locations such as the Alaskan Arctic and the Australian outback. She's received grants, fellowships, and residencies from the Alfred P. Sloan Foundation, Artist Trust, the USC Annenberg Center for Health Journalism, the Fund for Investigative Journalism, the Jack Straw Cultural Center, the Mesa Refuge, Hedgebrook, and Edith Cowan University in Australia. She is the former senior editor of YES! magazine and holds a master's degree in environmental science from the University of Wisconsin–Madison. She lives in Seattle with her husband.

THIS EVENT is free but pre-registration is required. Registration ends at 4:50 pm on October 5th.

BECAUSE SEATING is limited, please register only if you plan to attend.

DUE TO SPACE limitations, we may not be able to accommodate every person at an event, so early registration is encouraged.

MASKS are required for attendees during the event.

WE ARE NOT ABLE to accommodate any walk-ins that evening.

WE ASK that attendees arrive between 6:30 and 6:45pm for the event. 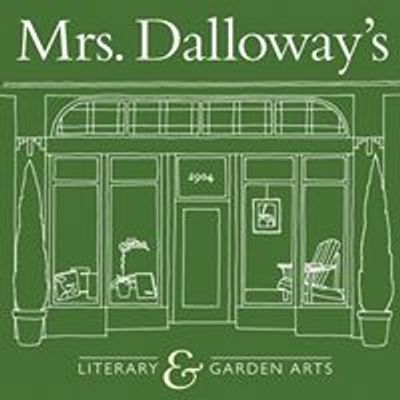