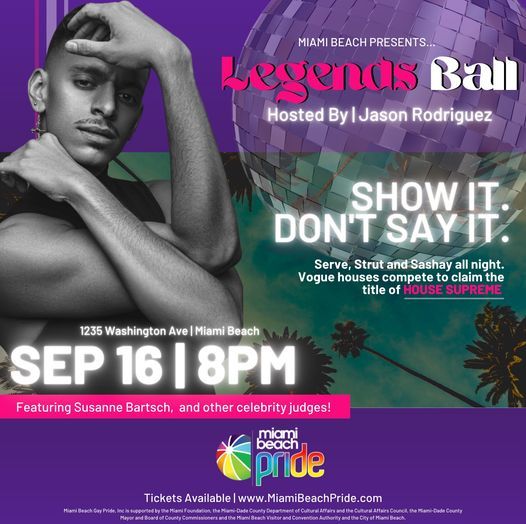 Advertisement
Haus of Love | Voguing Ball
Serve Strut and Sashay all night to the throbbing beats and melodic vibrations of the ballroom voguing scene. Miami Beach Pride produces its inaugural ball entitled Legends Ball, an all encompassing homage to our South Florida ball community and vogue aficionados. We invite ALL houses local, national and international to join us for this epic display of ball culture taking place on September 16, 2021 at 8pm.
Our Legends Ball will feature a lavish line-up of celebrity guest judges including the iconic nightlife impresario Susanne Bartsch, and will be hosted by Jason Rodriguez from FX's smash hit POSE where he plays Lemar Wintour.
1235 Washington Ave., once home to many iconic Miami Beach mega clubs, will be transformed into an over-the-top 1980's Tokyo Disco warehouse complete with a catwalk, disco balls, shadow dancers, and more! This red carpet affair is a celebration for ball culture enthusiasts, house music lovers, and scene stealers. We're giving you low lights, and high energy hunny, so if you didn't come to show out, don't show up.
Sign up to compete if you or your house has what it takes to claim 1st place and take home cash, trophies and the title of House Supreme! Applications are being accepted to compete in the most legendary ball battle of the year. Haus of Love welcomes talented individuals and houses to serve up their most sickening death drops, dips and duck walks. Participants will compete in numerous categories and be judged by the fabulous panel of celebrity judges.
Submit your application by midnight on Wednesday, August 25th for a chance to compete in the Haus of Love Voguing Ball and stay tuned for more details.
A brief history on ball culture...
Ball culture emerged in the 1920s in and around New York City, Harlem more specifically said to be the birth place of the underground ballroom scene. Primarily LGBTQ+ African Americans and Latinos began to organize masquerade balls known as "drags" in defiance of laws which banned individuals from wearing clothes associated with the opposite gender. Attendees dance, vogue, walk, pose, and support one another in numerous drag and performance competition categories where participants "walk" for prizes and trophies on behalf of their houses.
Houses serve as alternative families, primarily consisting of Black and Latino LGBTQ individuals, and are meant to provide shelter, solace and safety for those who have often been kicked out of their original homes due to being LGBTQ. Modern ballroom culture has existed for at least five decades. It remains largely underground and unknown for this particular community of Black and Latino queer youth and has now expanded rapidly to other major cities.
Advertisement 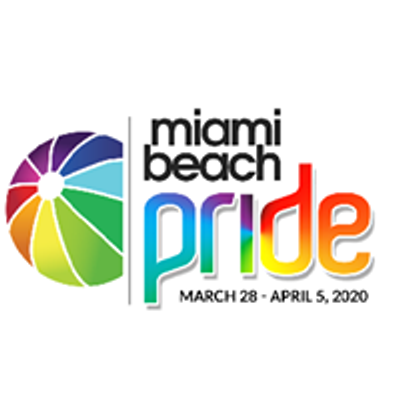