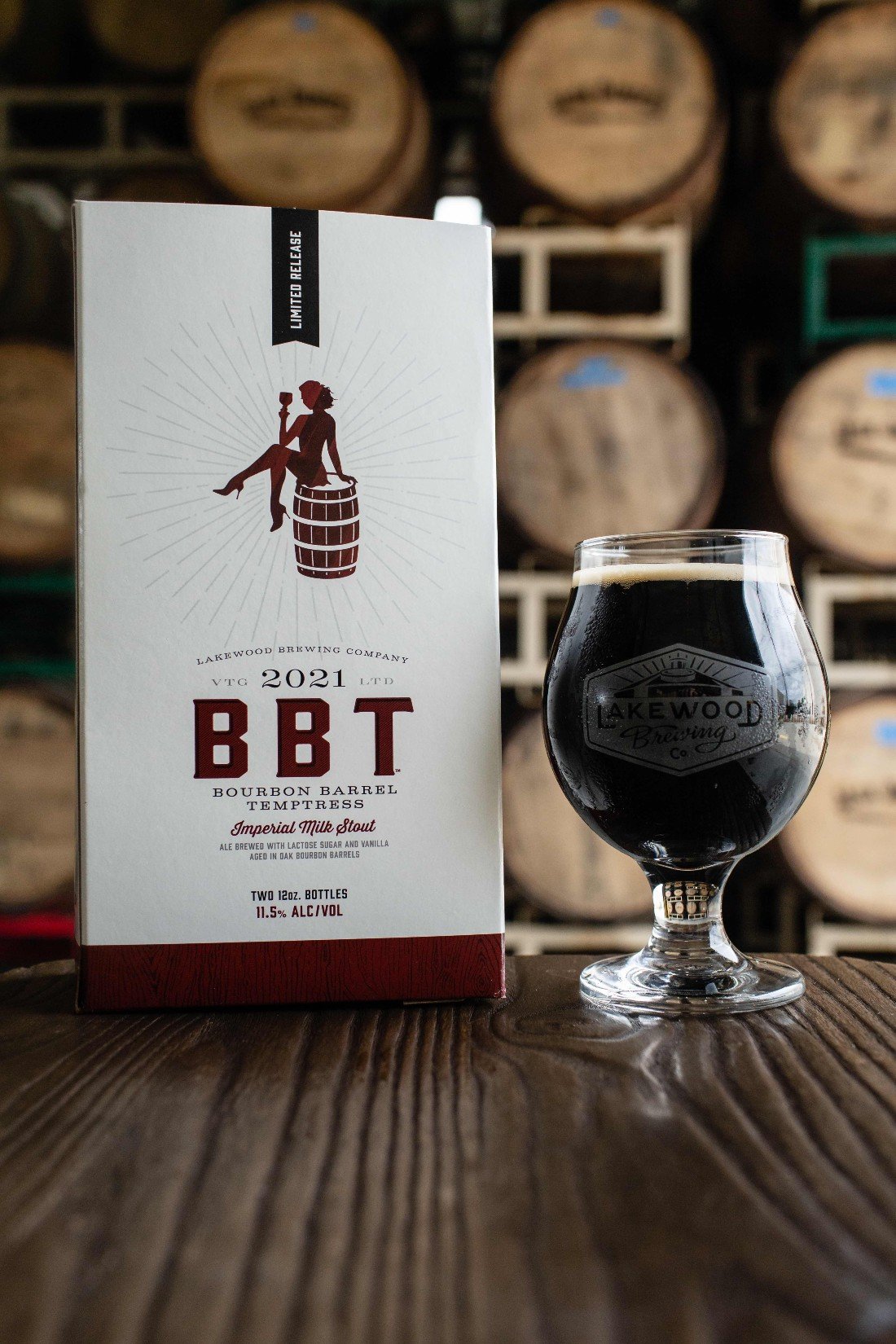 WHAT:           Lakewood Brewing will release its Bourbon Barrel Temptress 2021 stout with a release weekend including a special VIP party followed by a public Tasting Day. The Bourbon Barrel Temptress (BBT) is a variation of Lakewood’s award-winning Temptress milk stout the number one craft stout in Texas. Nicely-aged in various bourbon barrels BBT is a boozier variation with hints of vanilla oak toffee caramel and roasted coffee. Guests of the VIP Party will enjoy pours and take-home six-packs as well as merch and live jazz from the Steve Waller Band.

Available throughout the state Lakewood’s BBT can be found using the “Find Our Beer” tab at www.lakewoodbrewing.com and joins the limited 2021 Seduction six-pack featuring Lakewood’s Double Stuffed French Quarter and Sin Mint currently on shelves. For the holidays this month Lakewood Brewing is also releasing its Double Chocolate Cinnamon in its North Texas taproom. The local family-owned brewery was recently awarded both a gold and bronze in the San Diego International Beer Competition for Temptress and Double Chocolate Temptress respectively.

Free admission for food trucks like Smoke Bone BBQ and various Lakewood specialties on tap and the Christian Levens trio from 5:30 to 8:30 p.m.