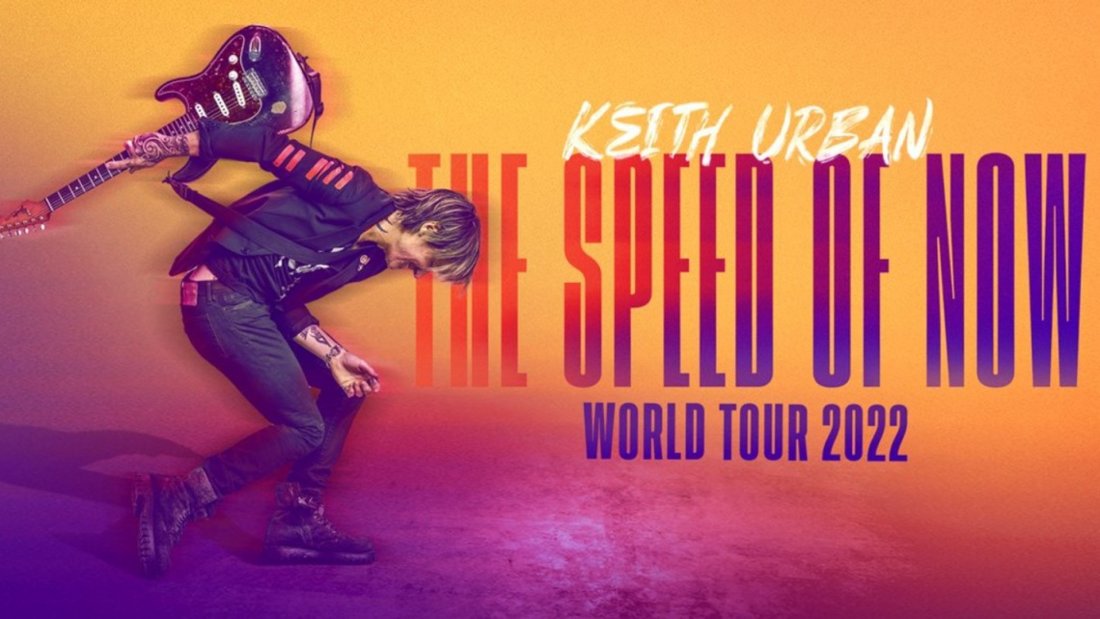 Super popular country music hunk Keith Urban will be on his Speed Of Now World Tour with Ingrid Andress and will be performing live on stage! This particular live concert is scheduled to take place at the venue known as Veterans United Home Loans Amphitheater which is located in Virginia Beach, VA. The date of the event is scheduled for August 14th, 2022.

Performer Background : I actually think I may be getting tired of saying this but here comes another big country music star that has his sights set on a tremendous concert tour in 2022. This time it's Keith Urban and he has a ton of tour dates already scheduled for the 2022 year. In total so far released by the country music hunk are about 50 concerts that make up the Keith Urban Tour 2022 in North America. The 'Speed of Now World Tour' by Keith Urban also features special guest Ingrid Andress and will not only have him touring North America but also in Australia Germany Netherlands and the United Kingdom. On December 1st 2021 Keith Urban tweeted out "North America we're ready to get this thing out of my yard and onto a real stage!! The Speed of Now World Tour is coming to you in 2022!". Keith Urban has released 12 (twelve) studio albums and all but one of them charted somewhere in the top country music charts. Some of his more popular songs include You'll Think of Me Somebody Like You Tonight I Wanna Cry But For The Grace of God Put You In A Song Days Gone By among many others. He's collaborated with some of the biggest entertainers in the business including Pitbull Nile Rodgers Carrie Underwood Eric Church Kassi Ashton Miranda Lambert and more. Country music fans never miss a Keith Urban tour if they know one is coming it's always a guaranteed good time.