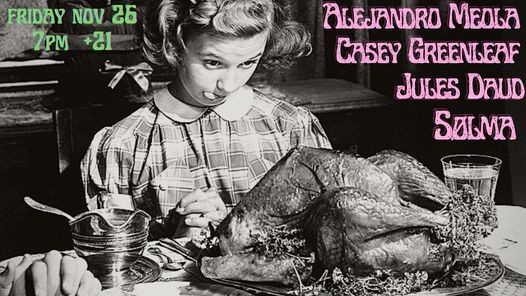 Advertisement
Come join us for Jules Daud, SOLMA, Alejandro Meola, and Casey Greenleaf!
JULES DAUD
Jules is a songwriter, guitarist and singer, born and raised in Buenos Aires, Argentina. JD is an artist, passionate about music and Real people life matters.
In his music you could appreciate flavours from different cultures, including but not limited to, South America ones, where he is from.
Now based in New York, where he produces his music, mostly influenced by blues and rock.

SØLMA
Born in La Plata, Argentina. Guitar player since age 15 with the following bands: Muronegro (rock), SCAT (fusion), Trio Ternura (acoustic), Muralla Azteca (rock)
ALEJANDRO MEOLA
Alejandro Meola is a singer-songwriter and guitarist. Based in New York City since 2013, he was born in Miami and grew up in Buenos Aires.
With 4 albums and 3 EP’s released up to date both in English and Spanish, the songwriter has done numerous shows in the local NYC scene, completing a series of tours throughout the United States that also took him to play in Philadelphia, Washington (DC), Boston, Los Angeles, San Francisco, San Diego, Houston, Austin, Dallas, Memphis and Nashville.
CASEY GREENLEAF
Somewhere in between the city and the mountains, the desert and the east coast, star-scapes and living rooms, folk and grunge, grandiosity and presence, sits Casey Greenleaf, Arizona-born and Vermont-raised singer-songwriter and producer.
Her songs take you for unexpectedly long rides, engaging with both the sacred (wrestles with Greek myths, Buddhism, ancestral healing) and the mundane (corporate America, cuisines, baseball games)
*****
In accordance with the newest NYC Vaccine Mandate (Key to NYC Pass), all artists performing at an indoor venue AND all guests attending any concert held indoors must provide proof of at least one dose of any COVID-19 vaccine alongside a valid photo ID. Only guests and performers with both items will be permitted inside the venue.
Advertisement 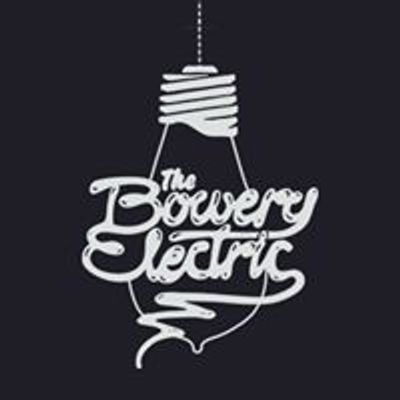 Host or Publisher The Bowery Electric