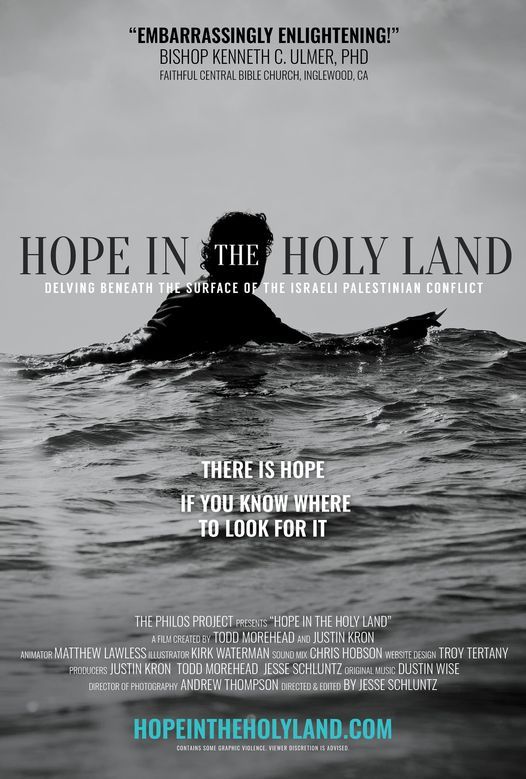 Advertisement
King of Kings Community Los Angeles is hosting a free screening of the award winning documentary, HOPE IN THE HOLY LAND.
This film captures the story of Todd Morehead, an American Christian with a deep love for Israel who sets off on a journey across the Holy Land to confront his indifference toward the Palestinians and to search for the deeper truths behind one of the most perplexing and polarizing conflicts in the world. Along the way, he discovers the painful struggles of Jews, Muslims and Christians on both sides of the Israeli-Palestinian divide. The result is an enlightening journey that exposes viewers to perspectives rarely seen in the media, and a challenge to a man’s heart to love his enemy.
Following the screening, the film's Co-Creator and Producer, Todd Morehead will be with us to answer any questions you may have.
This will be an incredible opportunity to hear from someone who has been there, talked to people on both sides and asked the hard questions himself.
Advertisement