Home Run Derby: The Best of Home Base Austin Comedy

Stateside at the Paramount | Austin, TX 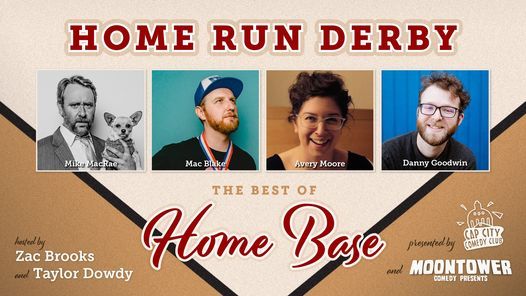 Stateside at the Paramount
Thursday, July 22, 2021
Doors: 7pm | Show: 8pm
Cap City Comedy Club and Moontower Comedy present HOME RUN DERBY: The Best of Home Base! Expect the ULTIMATE comedy showcase featuring the best, brightest, and funniest comics selected from previous Home Base lineups. Featuring Mike MacRae, Mac Blake, Avery Moore, and Danny Goodwin. Hosted by Taylor Dowdy and Zac Brooks.
Austin-based comedian and voice-over actor Mike MacRae began performing stand-up in 1999 and soon developed his own trademark style of blending impressions and voices into stand-up. He has performed on Comedy Central’s “Premium Blend”, “The Late Show with David Letterman”, NESN’s “Comedy All-Stars”, and was a full cast member on the TBS sketch show “Frank TV”. Mike has been a part of the Master’s Showcase at the Montreal Just for Laughs Comedy Festival and has also performed at the SXSW, Moontower, and Limestone Comedy Festivals. As a regular on the nationally syndicated “Bob and Tom Show” he has toured theaters across the country as part of their All-Stars Tour.
Mac Blake comes from the bearded streets of Austin, Texas. Blake is a past winner of the Funniest Person in Austin contest and has performed at the New Faces of Comedy Showcase at Just for Laughs Montreal, the Moontower Comedy Festival, and Funny or Die's Oddball Fest. Splitsider named him one of “The Top Up-and-Coming Comics Outside of NY and LA”. He hosts the monthly stand-up showcase Six Shooter and is a regular performer with movie-mockers Master Pancake Theater. He has a family that's so beautiful it hurts your eyes to look at them, so please don't ask to see pictures.
Avery Moore is a living comedian in Austin, Texas. She has performed at comedy festivals like FunFunFun Fest, SXSW, The Moontower Comedy Festival and was selected as a New Face 2018 at The Montréal Just For Laughs Festival. She’s appeared on PBS, and toured with some great people, like Louie Anderson, Martha Kelly, and Joe Mande. Avery was named Best Stand Up Comic 2018 by The Austin Chronicle. She’s also been bartending for a long long time.
Danny Goodwin is a stand-up comedian based in Austin, TX. He has performed on the Moontower Comedy Festival, SXSW, and Sound on Sound Fest. He's worked with a number of nationally touring comics, including Kevin Nealon, Nikki Glaser and Dan Soder to name a few.
Taylor Dowdy is a stand up comedian based out of Austin, Texas. Despite his sour grimace and often lavish wardrobe, he has a great time telling crowds all about his life experiences. He has been a regular performer at Cap City Comedy Club and the Velveeta Room opening for national touring headliners such as Tim Dillon and Gareth Reynolds. He has hosted multiple shows of his own in Austin including Ground Floor at Hotel Vegas and Beamed Inn at Spiderhouse Ballroom.
Zac Brooks is an Austin based comic originally from Houston. Every month he co-hosts “Peep Show” at Spider House Ballroom, where some of Austin's best comedians make childish commentary on vintage pornography. He loves chili dogs. 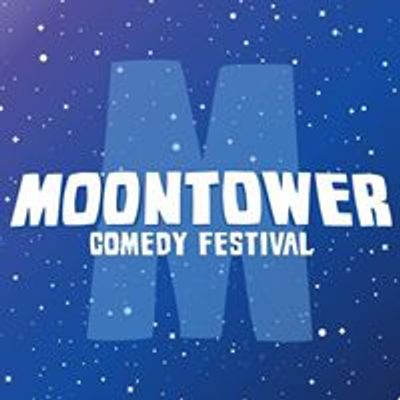