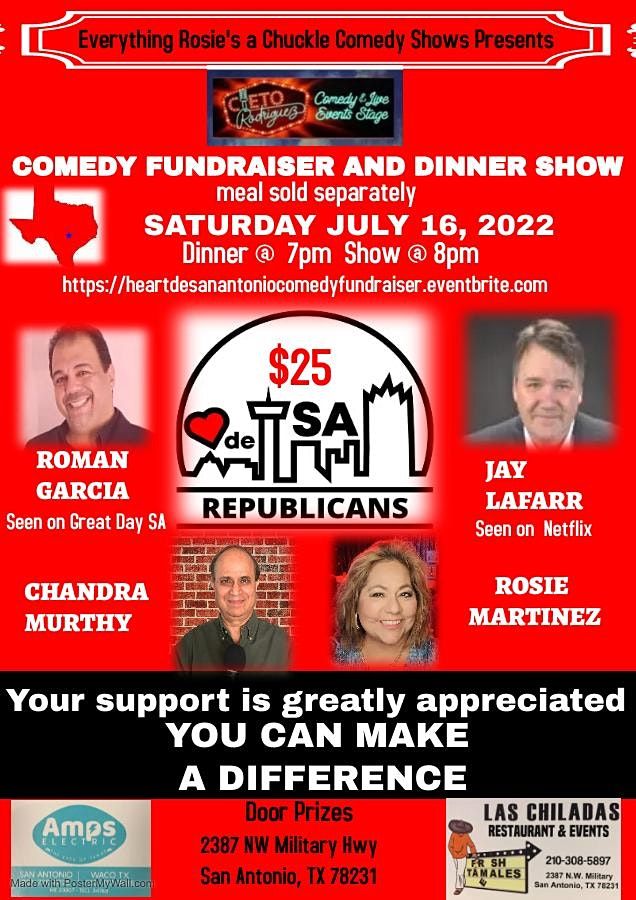 Our EPIC mission is to Engage, Promote, Inspire and Communicate to the heart of San Antonio the con that is plaguing our lives.

We meet on the first Thursday of the month and are accepting memeberships.

We are like minded individuals who are united in supporting those running for office. We are a diverse group of people who discuss what we can do to get the word to those who unaware.

We those running for local and state office come to our meetings. They give us their points of what needs to be done to improve American lives.

Garcia is a multi talented entertainer who has performed with some of the most iconic names in entertainment including Cheech and Chong, Paul Rodriguez, Kevin Nealon, Loni Love and Chris Kattan just to name a few.

Roman's quick wit and impressive comedic timing opened doors for him early in his stand up career. His brand of clean comedy has been seen and heard regularly on television, radio and film.

Roman has performed for city events, universities and for corporate giants such as McDonalds.

He is currently featured on all major television networks as a spokesperson.

Roman is also a business owner.

LaFarr is a stand up comedian who can perform corporate clean, or work a biker bar. He has performed all over the US. He can also help with MC'ing an event.

Jay has performed for the FBI, ATT, Wendy's, St. Mary's University, and too many corporate and colleges to mention. He can perform a party in a living room with no microphone or on a large thousand seat venue. He regularly performs with the comedians of Humor for Heroes, a non profit that raises money for various US veteran's groups

The son of an immigrant mother and native American father, LaFarr was raised in a home that fostered his love of America or massive, crippling guilt and self doubt. This comes through in his standup comedy, which is funny, honest and at times disturbing.

A writer for children's shows and a staple of the Texas film scene, you may have seen him on Amazon Prime or Netflix, but most likely in one of the dozens of venues he performs at every year.

Murthy was born and educated in India. He migrated to the United States and obtained higher education at Texas A & M University. He worked for a major Engineering and Construction company as a Professional Engineer. Currently he is retired and enjoying doing clean standup comedy.

His hilarious comedy reflects his life and unique experiences of an immigrant from a third world country. He has performed at major clubs in San Antonio including the Laugh Out Comedy Club and San Antonio Improv Comedy Club and has performed at corporate shows.Chandra has toured throughout Texas featuring for Patrick Melton, Raj Sharma, Jay Lafarr, Mike Robles, Raymond Orta, Flo Hernandez, Danny Ingle, Cleto Rodríguez and many other popular comedians.

Rosie's comedy focuses mainly on the advantages of single life, online dating and her crazy dates, plus the things she observed while working at Costco. Her comedy ranges from bar shows where they like to hear dirty comedy to corporate shows where comedy is clean.

She believes in empowering women in the comedy industry. Rosie has fought against this injustice by producing more all-female comedy shows than any other Booker in San Antonio.

In high school she was with the Chicano Arts Theater under the direction of Efraim Gutierrez who was the first Latino to create a feature film. They performed at local universities and were invited to Mexico City for a ten-day festival. These experiences is where she discovered her love of stage and making people laugh.

Rosie has also worked in radio. 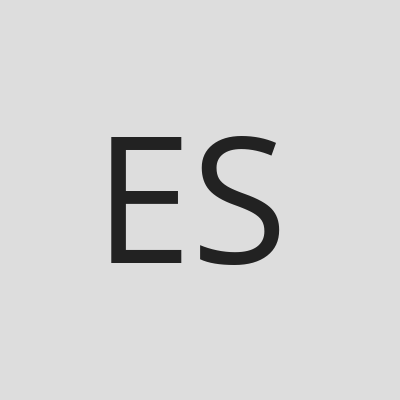