H-D, AtlasThePlug & Ice Cream For Dinner Present: A Concert for our Vets 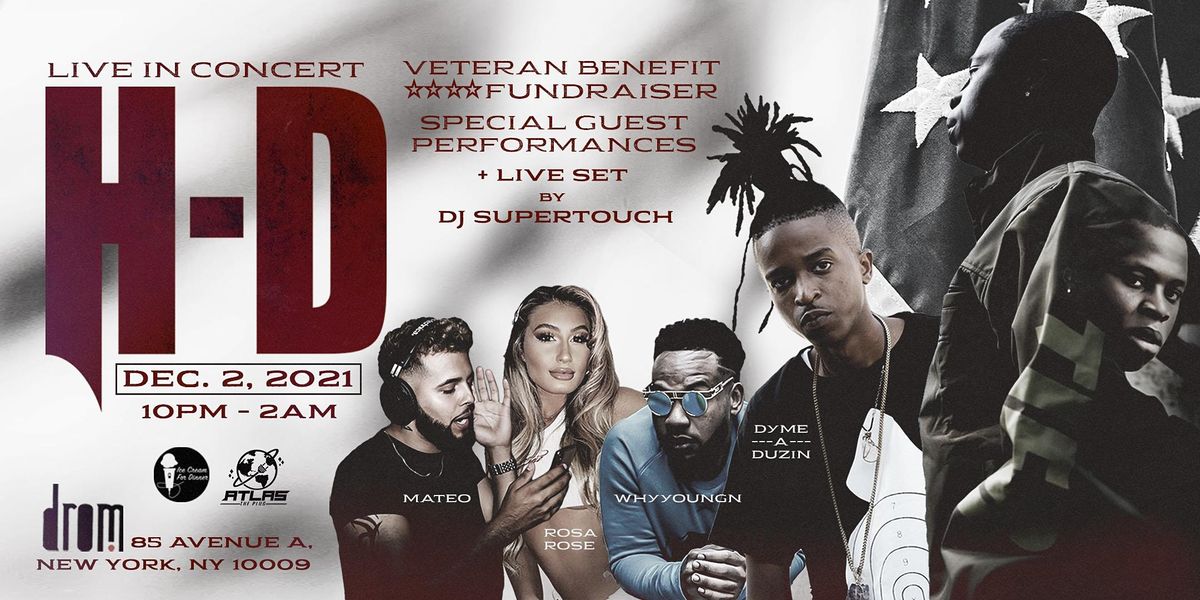 Advertisement
H-D, Atlas the Plug, and Ice Cream For Dinner proudly present a concert in support of the Veterans Affairs New York Harbor Healthcare System
About this Event

100 percent of proceeds from this concert will support the Veterans Affairs of New York Harbor Healthcare System.

Def Jam's newest signee, H-D was born and raised in Brooklyn, NY and served in the United States Marine Corps for four years. In May 2019 he was honorably discharged and began his music career. His "Ghetto Sunday" music video went viral in 2019, reaching over 5M+ views and drawing comparisons to Jay-Z. With new music and a recent cosign from legendary producer Timbaland, H-D looks forward to showing the world why there's only 1 H.

Brooklyn MC and EQ artist Dyme-A-Duzin made waves when Complex named him one of their “10 New NY Rappers To Watch Out For.” Dyme has worked with Fabolous, Joey Bada$$, and Plain Pat, among many other artists.

Most recently, he had a prominent role in the recent film, Wu-Tang: An American Saga. He also wrote and recorded the anthem for the “Build It Back” Dominos commercial campaign to announce their new look and is a Puma brand Ambassador.

His new album, "GO2 (Ghetto Olympics 2) is out now! On this project, he draws inspiration from overcoming past struggles and relates life to the Olympics. As he believes, it takes the same perseverance and discipline to achieve your goals in life as it does to win a medal in the Olympics.

Brooklyn rap artist Dashawn Rufus, aka WHYYOUNG'N, aims to take the hip-hop industry to a whole new level. Born and raised in one of the toughest cities to create in, he manages to compete with the best artists today. Unafraid, too brave, and with some tricks up his sleeves, his journey to success can only be explained and understood through his music.

American Rapper-Songwriter NLB Mateo is a multi- faceted musical powerhouse. Originating from Brooklyn, NY, being the underdog is nothing new to this sonically-inclined individual. Beginning his professional journey at the age of 15, Mateo has sat with the likes of DJ Self, Ghostface Killah, Lee On The Beats, Swizz Beatz, and Scram Jones, amongst many others. After accomplishing hefty milestone goals like being published in Hip-Hop Weekly (twice), the 20th anniversary edition of XXL Magazine, and landing the top 10 in BET’s Freestyle Friday: New York, Mateo tactfully switched gears to become the well-rounded entertainer he is today. Combining his ability to play multiple instruments with countless years of experience on the stage, Mateo has the potential to take the entertainment world by storm. Even with starting his own camp — NLB (acronym for “Nobody Left Behind”), Mateo takes this new approach to stardom and is without a doubt here to stay.

The VA New York Harbor Healthcare System provides our nation's heroes with outstanding health care, trains America’s future health care providers, and conducts important medical research. With 7 locations across New York, they are the leading health care system serving Veterans in the New York/New Jersey area and are dedicated to improving the lives of Veterans and their families. 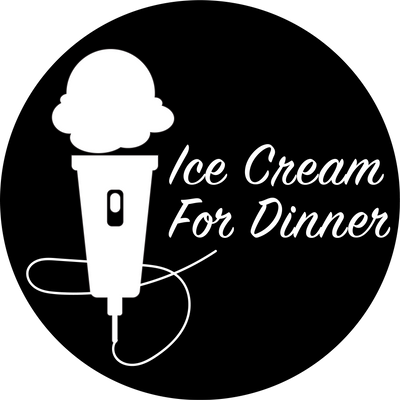