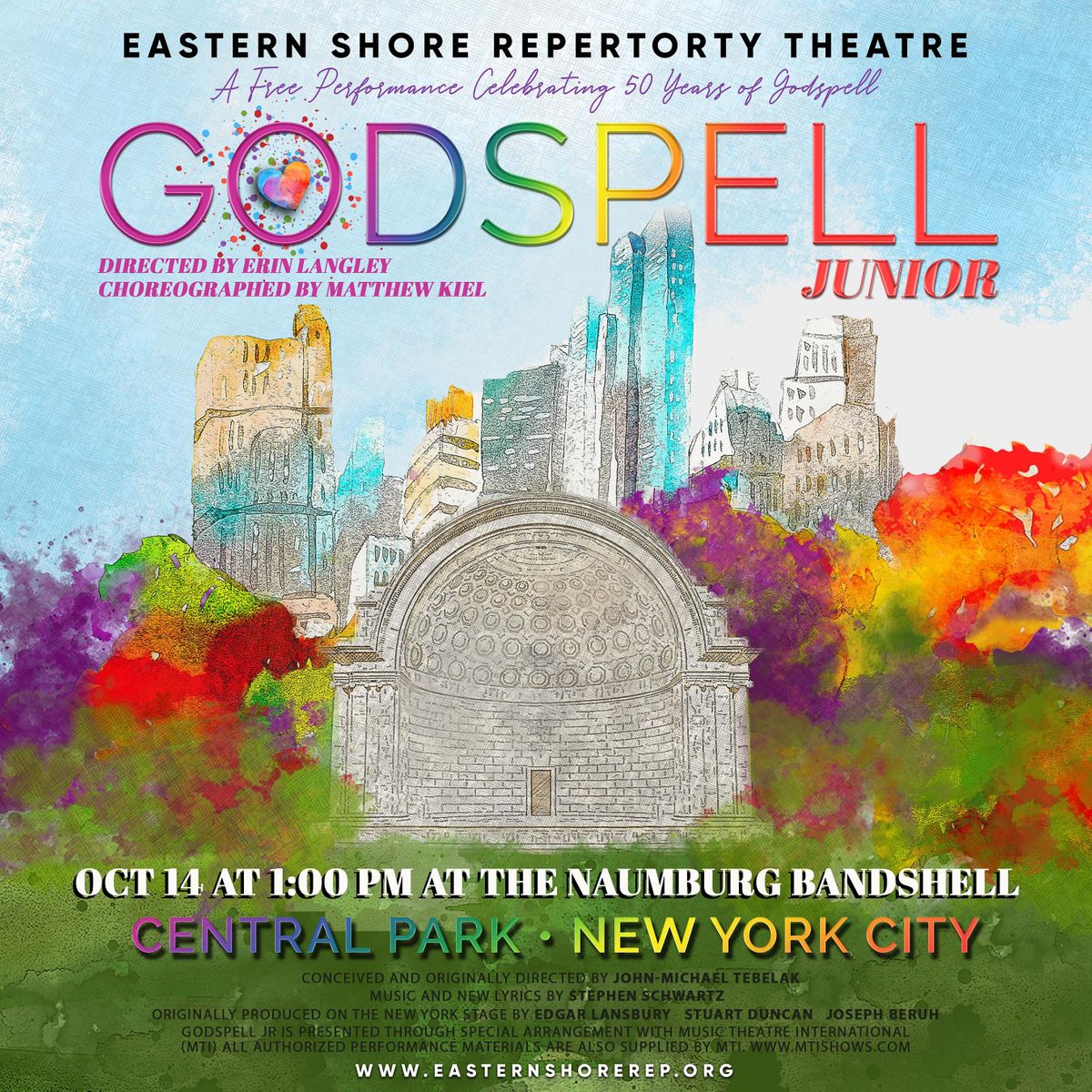 Advertisement
Picnic in the park for a lunchtime performance of Godspell JR in Central Park at the Naumburg Bandshell.
About this Event

Eastern Shore Repertory Theatre (ESRT) will bring a free performance of Godspell Jr to the Naumburg Bandshell in Central Park, NYC on October 14th at 1pm. Godspell, Jr is directed by Erin Langley and with choreography by Matthew Kiel. Celebrating 50 years of Godspell, the show will be performed by 30 talented students from the Gulf Coast of Alabama.

Performance begins at 1pm. Patrons should bring their own blanket or lawn chair, and picnics are encouraged.

Godspell was the first major musical theatre offering from three-time Grammy and Academy Award winner, Stephen Schwartz (Wicked, Pippin, Children of Eden), and it took the world by storm. Led by the international hit, "Day by Day," Godspell features a parade of beloved songs, including "Prepare Ye the Way of the Lord," "Learn Your Lessons Well," "All for the Best," "All Good Gifts," "Turn Back, O Man" and "By My Side."