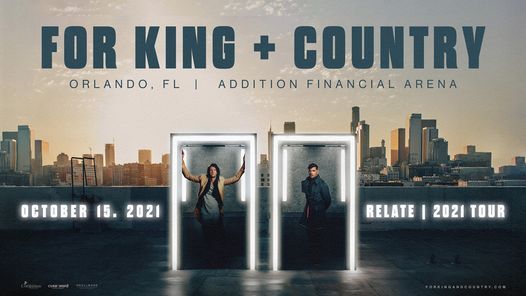 Advertisement
We’re on to better days…. and cannot wait to be spending them with you! This autumn, we’ll be spanning the United States with 24 concerts, live and in-person for the first time in over a year. So here’s an invitation from us to you to RELATE | The 2021 Fall Tour, Friday, October 15th at Addition Financial Arena in Orlando, FL. We’ll be bringing you a brand new show, coming together to play some of your favorite songs and a few new ones as well. Grab tickets for yourself, a loved one, and a mate.. looking forward to seeing you there.
Tickets are available now on Ticketmaster!
Students tickets are available for $17.50 at the Addition Financial Arena Box Office ONLY. Must have a valid student ID to purchase tickets.
Ticketmaster is the only authentic ticket seller for this event. Any tickets purchased through other sources are at your own risk. for KING & COUNTRY is not responsible for tickets purchased through unverified platforms or individuals.
______________________________________________________
___________________________________________________________________
FRIDAY, OCTOBER 15, 2021
WARNING: for KING & COUNTRY events use flash/strobe lighting. This may affect anyone who is susceptible to photosensitive conditions. Personal discretion is advised.
______________________________________________
Who is for KING & COUNTRY?
Four-time GRAMMY® award-winning Australian duo, for KING & COUNTRY, comprised of brothers Joel & Luke Smallbone, collaborated with renowned entertainer Dolly Parton to release a brand-new version of the duo’s 11-week #1 hit “God Only Knows” in 2019. In 2020, the track won a GRAMMY® award in the Contemporary Christian Music Performance/Song category, and the album that produced the original hit - burn the ships - won a GRAMMY® in the Contemporary Christmas Music Album category. for KING & COUNTRY graced the CMA stage to perform “God Only Knows” with Dolly Parton at the CMA Awards, and performed their unique and powerful rendition of “Little Drummer Boy” at CMA Country Christmas, receiving national critical praise for both. In the days following their Christmas performance, Joel and Luke Smallbone saw their previously released version of “Little Drummer Boy” undergo a 1,338% increase in downloads, a 60% increase in on-demand streams, and sit atop Billboard’s Christian Digital songs chart. They have garnered six No. 1 hits, nine Top 10 hits, six GRAMMY® nominations, three Billboard Music Award Nominations, an American Music Award nomination, and had songs featured on the Emmys, Super Bowl, Sunday Night Football and other high-profile events. National performances include The Tonight Show, Today Show, Jimmy Kimmel Live!, The View, CMA Awards, and CMA Country Christmas. Currently, the duo is on the road with the burn the ships | world tour, which has SOLD-OUT over 40 shows across the world including USA, Australia, Germany, Netherlands, and New Zealand. In total, for KING & COUNTRY has accumulated 826 million on-demand streams with an audience airplay of 5 billion.
>>>VIDEO:
>>>MUSIC: http://smarturl.it/BurnTheShipsAlbum
https://www.facebook.com/forkingandcountry
https://www.instagram.com/forkingandcountry
https://twitter.com/4kingandcountry
https://www.youtube.com/ForKingAndCountry
https://open.spotify.com/user/forkingcountryofficial 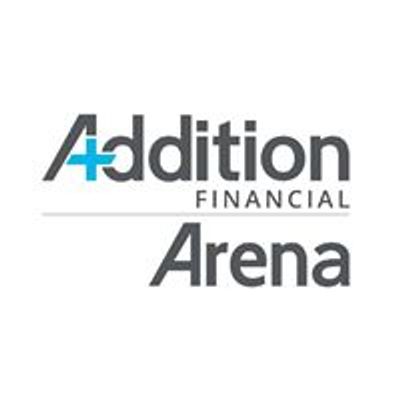