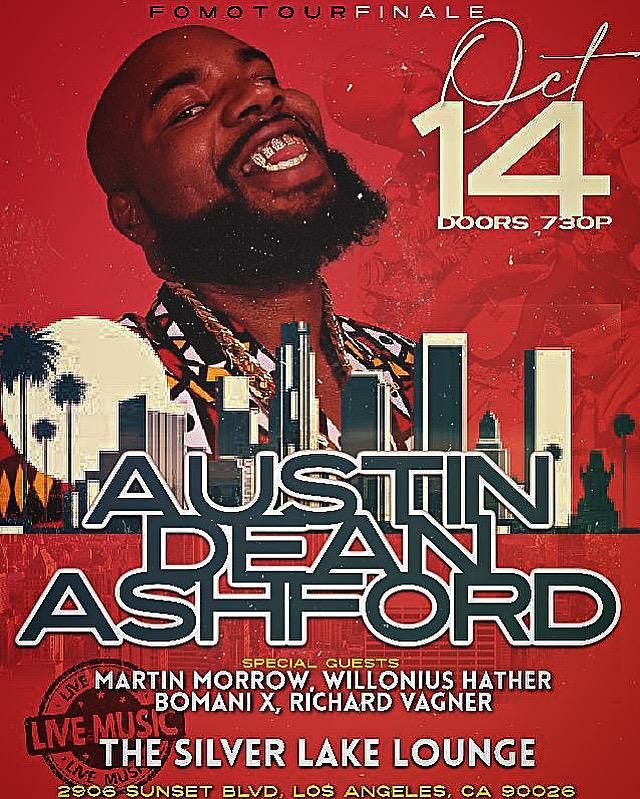 This is the LAST STOP OF THE FOMO TOUR!!!

Austin, an award-winning musician adept at playing ukulele and mesmerizing crowds with his beatboxing, created ‘Sophisti-Ratchet’ to portray the feeling of resilience. Highlighting the Island-Trap genre, ‘Sophisti-Ratchet’ merges ukulele, Afro-Latin sounds, and Bay Area swagger. His clever lyricism and flow is grounded in infectious energy and a blend of modern boom bap. For fans of Tobi Nwigwe, PJ Morton, & Childish Gambino. ‘Sophisti-Ratchet’ happens to also be a key component of Austin’s PhD dissertation. He wants to eliminate the educational gap for artists and their art.

Austin Dean Ashford is a Creative, and Renaissance man who is also pursuing his doctoral degree at Texas Tech University in Interdisciplinary Fine Arts. Recently, known for touring his one person musical plays around the world while strumming his ukulele. Austin Dean Ashford is the ultimate artist who has a solid voluminous sound with cuth. Grounded with a warm energy and a blend of Modern boom bap. Austin’s music is comprehensively poetic, wavy, and bouncy-punk. Showcasing a jazz effect that is Fluid, witty, rhythmic, and has Hard punching bars.

Austin Dean Ashford was born and raised in California's Bay Area, but his passion for performance has taken him all over the world! From the Kennedy Center in DC to the United Solo Festival in NYC, Edinburgh Fringe Festival, and New Zealand Fringe Festivals! In 2019, Austin was selected as a OneBeat Colombia fellow where he collaborated with musicians from around the world to write, produce, and perform original music. 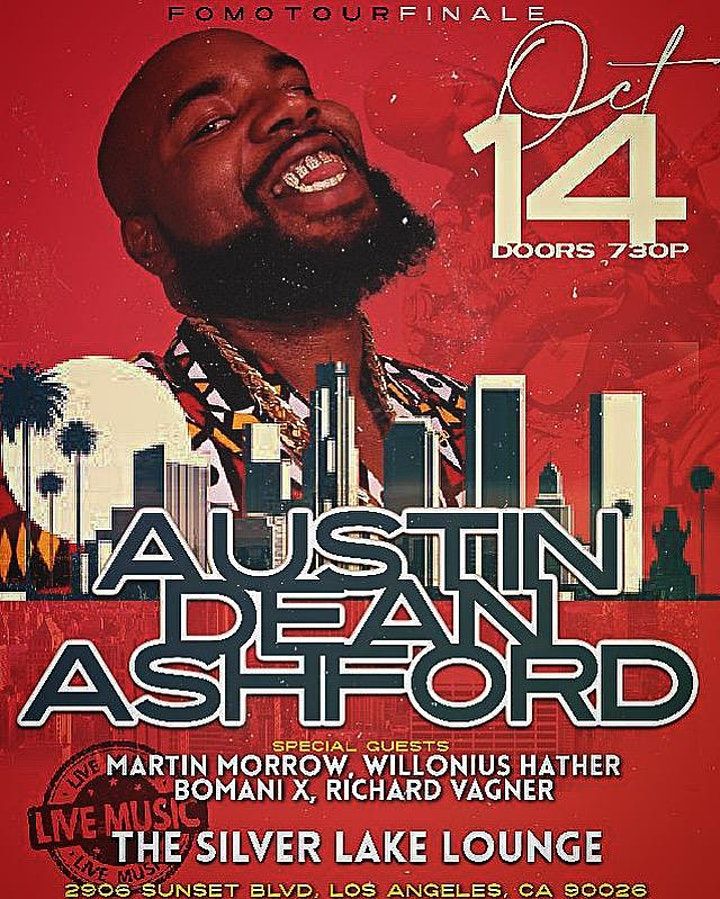