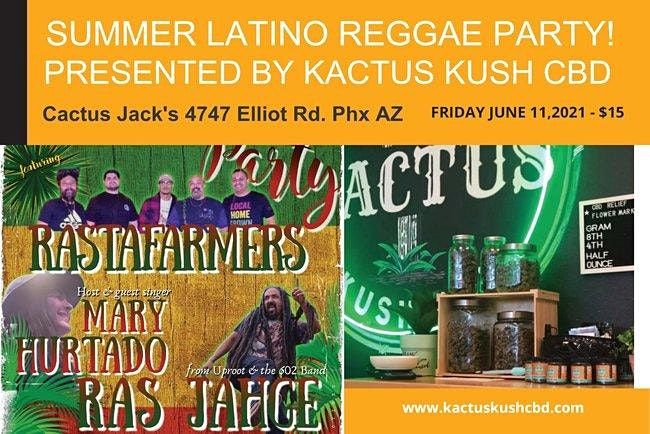 LIMITED SEATING GET YOU TICKETS NOW! RESERVATIONS FOR PARTIES OF 4 OR MORE UNTIL WE RUN OUT!

Are you ready RAZA? Don't miss this summer blast event featuring the Rastafarmers and Ras Jahge from Uproot & the 602 Band. With guest vocalist Mary Hurtado!

When reggae emerged in the late 1960s, it came as a cultural revelation not only to Jamaica but the whole world. Reggae has influenced societies throughout the world including Latinos in Arizona. That is why Flying Chancla presents to you our favorite Local Latino Reggae bands Rastafarmers and Ras Jahge from Uproot & the 602 Band.

Coming to you from Yuma Arizona, Ras Jahge dedicated for over 20 years has been singing and lives reggae. He is the lead singer for Uproot a homegrown reggae band from Yuma, Ireizona formed in 1997 by three brothers and three friends. Together they released their first album in the spring of 2000 titled “We Belong Together”. Their early years consisted of a lot of touring playing shows in the southwest and sharing the stage with great artist such as Yellowman, Steele Pulse, Ziggy Marley and more. Also Special guest singer and valley favorite Mary Hurtado and cousin of Ras Jahge will sing a few songs.

Another local favorite is the Rastafarmers! Pioneered by Patrick Murillo this band has been together for over 35 years and still going strong. Since 1986 Ras Patrick has been using reggae music as a positive vehicle for changing the minds and lives of Arizonans from Hopi Land to Tucson. Rastafarmers have gone thru many evolutions and have emerged stronger and wiser for it. The band has opened up and shared the stage with the likes of Gregory Isaacs, Burning Spear, Jimmy Cliff, The Wailers, Denis Brown, Israel vibration, Pato Banton, and the list goes on.......Native to AZ they are DESERT RAT REGGAE! 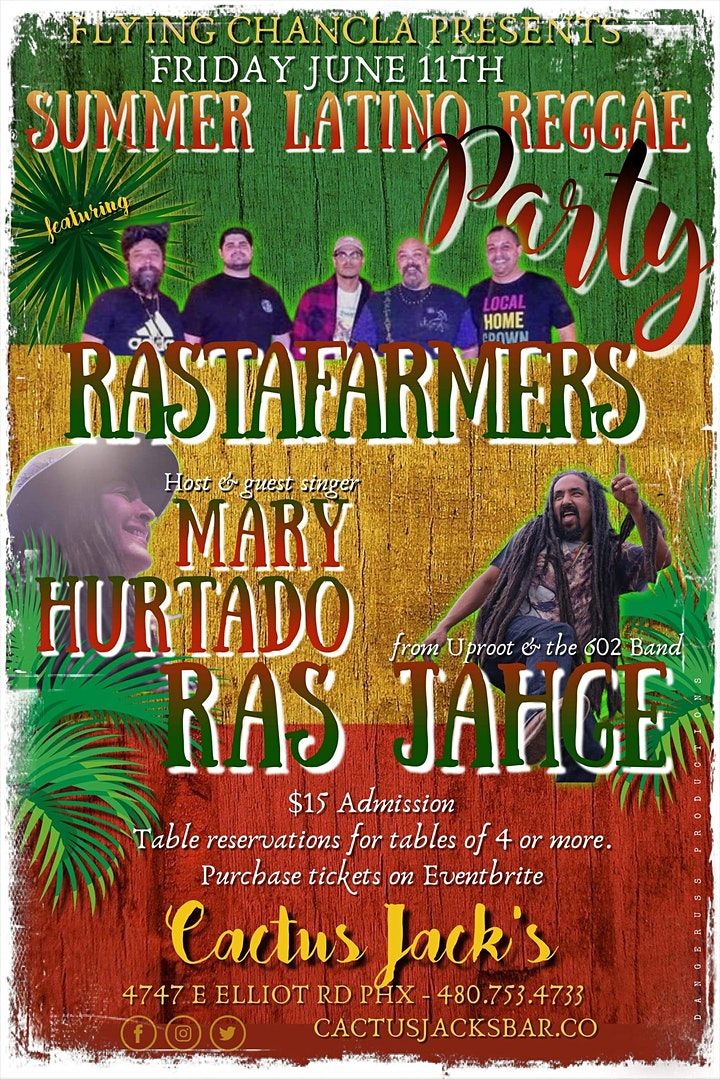 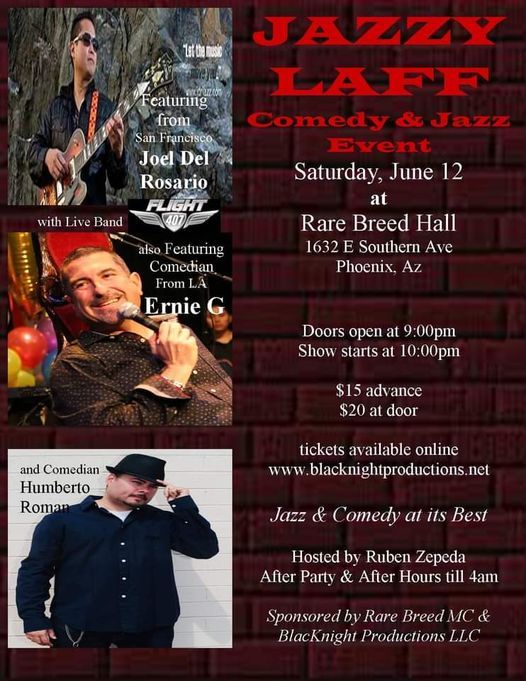 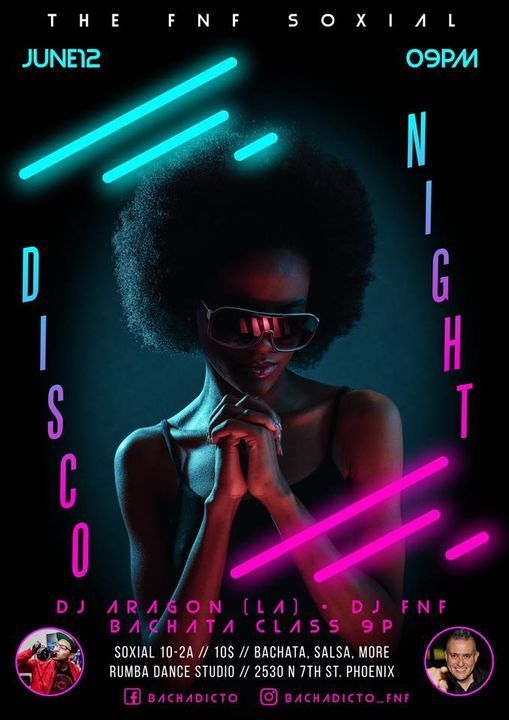 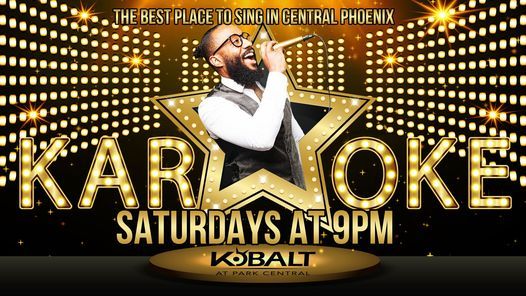 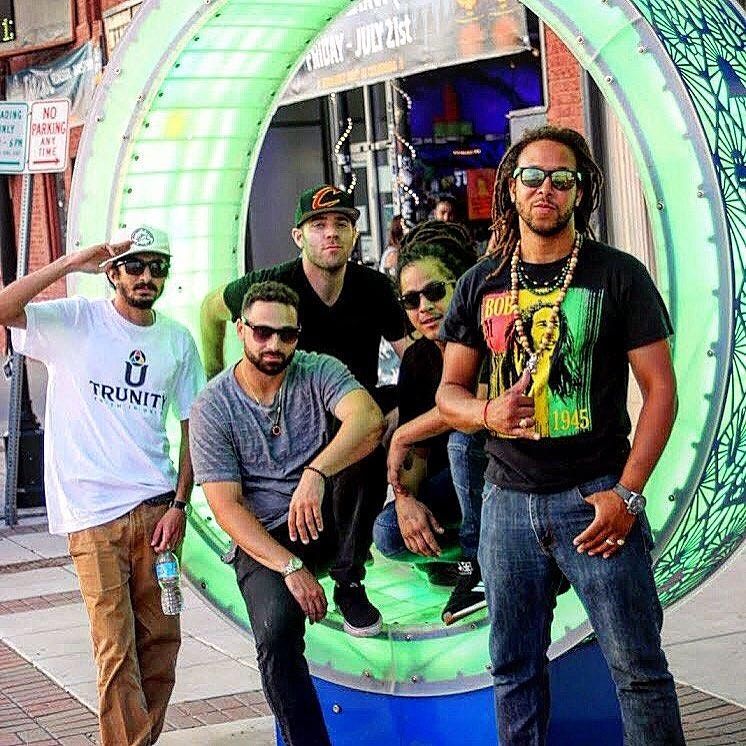 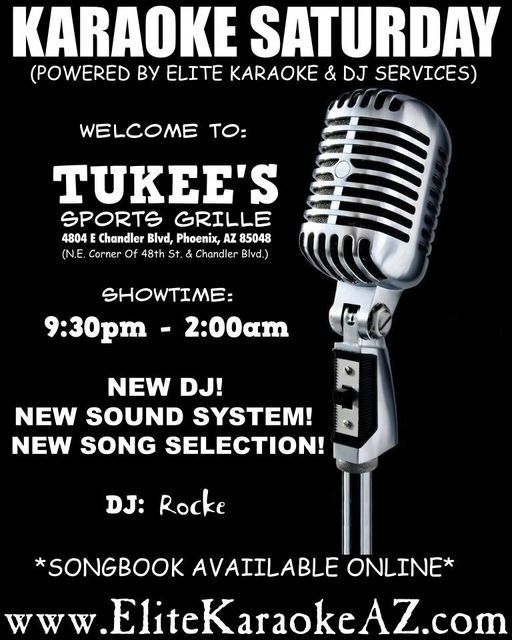 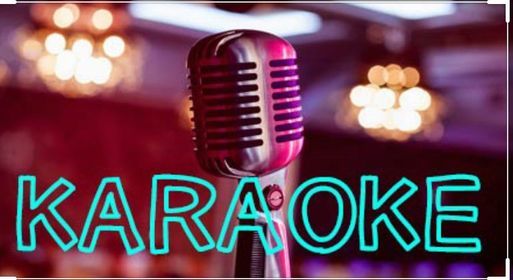 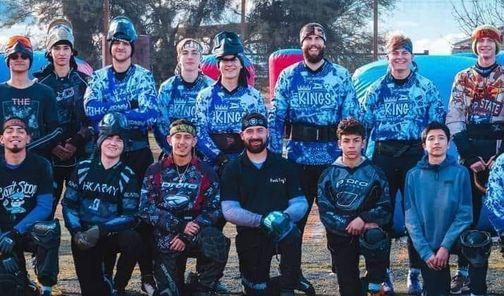 What's Happening Next in Phoenix?