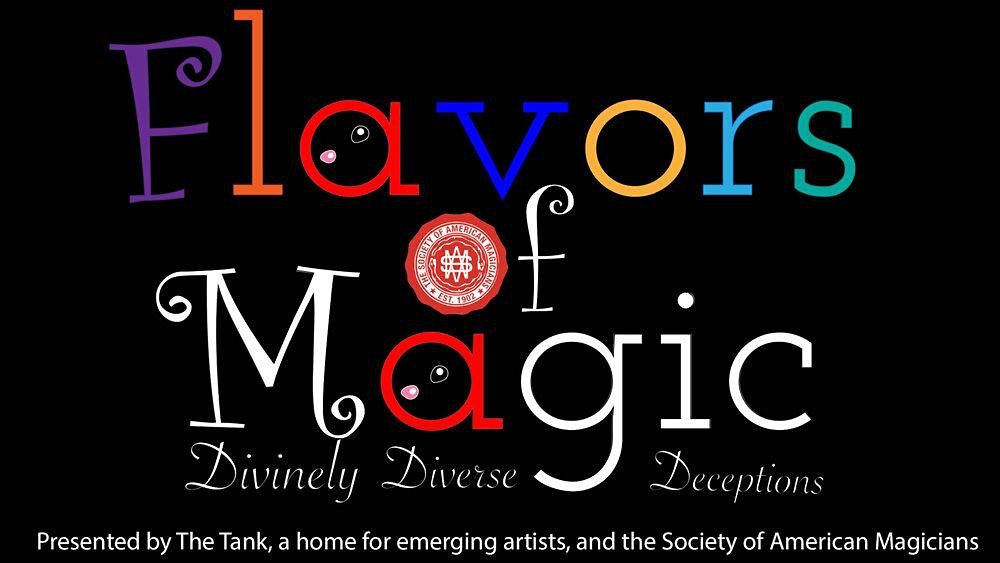 Advertisement
Flavors of Magic is finally live! Enjoy Divinely Diverse Deceptions in an intimate evening featuring conjuring and cocktails.
About this Event

On October 14, at 7pm and 9pm, upstairs at the Russian Samovar on 52nd St and 8th Avenue, Flavors of Magic will present an evening of cocktails and chicanery in a cozy parlor setting, where the magic happens practically in your lap.

Drinks and deceptions are included in this intimate show with two featured performers:

Eric Walton, a critically-acclaimed, award-winning entertainer who has performed across the United States and the globe. The New York Times called him an erudite magician and rabble-rouser. He's the creator and performer of numerous one-man shows, including Esoterica and Eric Walton: Mentalist, both of which have been produced Off-Broadway in New York City and in London, among other cities.

RJ the Magician, "the hero of Harlem, the skinny Luke Cage," who will share his fresh comedy magic. His dazzling smile will charm you as he displays the skill and expertise that puts him in demand for shows all over New York, as well as for appearances on the Smithsonian Channel, NPR, and his very own Ted Talk.

Sara Crasson is your host, bringing wit and a touch of whimsy.

Get a taste of all of the Flavors of Magic.

Two drinks included with your ticket!

Must be vaccinated to attend. 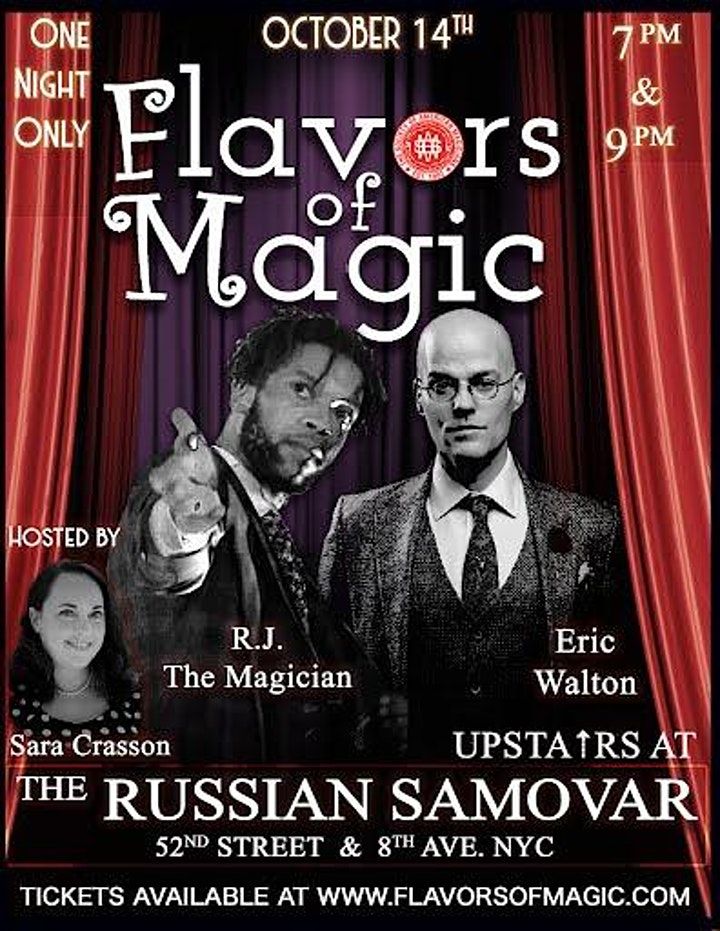