Elevation Worship’s fourteenth album, LION, releases with a roar. The project follows the biggest year of the collective’s tenure to date heralded by an outpouring of awards and accolades, thanks to the success of 2020’s commercially-acclaimed Graves Into Gardens and 2021’s Old Church Basement, the group’s unprecedented collaboration with Maverick City Music. But the story of LION really began 15 years ago.

A decade-and-a-half has passed since, a year into the launch of Elevation Church, Pastor Steven Furtick cast a strategic vision for his church’s worship ministry. “He was very specific about his desire for our church to be a church that loves and understands what worship is,” shares Chris Brown, who’s known Furtick since high school and is now one of Elevation Worship’s primary songwriters and vocalists. “But he also wanted us writing and releasing songs for our church to sing as our own expression of our love for God.”

Furtick—who has become a renowned pastor, speaker, and author—remains the visionary behind Elevation Worship, developing concepts for each successive release and staying instrumental in both the songwriting and creative process. This is all in addition to leading Elevation’s multi-site church based in Charlotte, North Carolina.

While Elevation Worship has been executing this vision for 15 years, it wasn’t until recently that the wider worship world took notice. Until then, the collective was quietly writing, recording, and releasing original music across a steady stream of full-length efforts. Consistent in creating an atmosphere where people can encounter Jesus in an authentic and transformative way, Elevation Worship first started turning heads with their 2017 Top 5 Christian radio hit “O Come to the Altar” and their RIAA Gold®-certified single “Do It Again”—songs solely meant for their church. The unexpected commercial success of these offerings, however, gradually provided opportunities for Elevation Worship to headline their own tours, as well as perform alongside some of the biggest names in Christian music, including Hillsong Worship, Casting Crowns, Lauren Daigle, Passion, and others.

Landmark recording Graves Into Gardens sent two singles to the top of the radio charts with the title-track and “RATTLE!” The album also introduced the global worship anthem “The Blessing,” featuring Kari Jobe and Cody Carnes, to a worldwide audience. Then, the career-defining release of Old Church Basement, in partnership with Maverick City Music, broke streaming records and catapulted Elevation Worship into an entirely new stratosphere, further building on the popularity of its predecessor. In 2021 alone, the collective earned four GMA Dove Awards, two Billboard Music Awards (Top Christian Artist and Top Christian Song), and three 2022 GRAMMY® Award nominations. Moreover, they consistently hold numerous songs on the CCLI Top 100 list.

While Old Church Basement became an immediate juggernaut, it proved to be instrumental in opening further creative doors for Elevation Worship as they began working on what was next. “I think us questioning our own approach to how we were writing church music has been very important in how we’ve evolved in the last couple of years,” Brown asserts. “If anything, RATTLE! and then Old Church Basement opened the landscape up for us to explore. We discovered a whole new set of colors to paint with.”

It was with an entirely fresh palette that Elevation Worship approached their latest release, LION. “It’s not been written or recorded like any other album we’ve had,” Brown admits. “We didn’t start writing with a particular album or end goal in mind. We just began to create and capture songs throughout the year. And eventually found ourselves with this collection of songs that we loved.”

For starters, the 15-track collection eschews many traditional worship formulas—even ones that have worked for Elevation Worship in the past. The tracklisting is littered with a blend of both high-energy power anthems and stripped-down intimate moments, unconventionally mixing studio selections and live recordings. Songs primed for Sunday morning sit side-by-side with offerings crafted for personal reflection. As sonically diverse as any project in Elevation Worship’s extensive discography, LION, clocks in at 1 hour and 43 minutes, taking listeners on a lengthy, yet inspiring, journey.

As surprising as the new record might be to those accustomed to Elevation Worship’s highly-produced, up-tempo music, one thing that hasn’t changed is the collective’s belief in collaboration. While Brown and Furtick produced the LP, he says it was a group effort as he and Pastor Steven wrote with everyone from Chandler Moore, Brandon Lake, and Pat Barrett (who are all also prominently featured on the album) to Phil Wickham, Chris Tomlin, and Jason Ingram.

“Some of the songs are over a year old; some of the songs were recorded seven months ago; and some got finished the day of our last recording, barely making it in time for the album,” Brown shares. “It feels like the whole project has been this living organism throughout, top to bottom.”

The unorthodox “Bye Bye Babylon” opens the album with its experimental indie-folk and rich lyrical imagery, followed by the soaring guitars that punctuate “What I See,” an expansive, energetic selection Brown and his team have been leading in church for six months. Massive rock songs like “Water Is Wild” and “Might Get Loud” stand in stark contrast to the quiet acoustic introspection unveiled on “The One You Love,” “Dancing” and “Why”—the latter of which is nothing more than the original work tape between Brown and Lake, who decided the initial demo held more magic than anything they could expertly produce.

Cornerstone track “This Is The Kingdom,” featuring Barrett, directly lifts Scripture from Matthew 5 (NIV). In the hopes that listeners will commit The Beatitudes to memory, the ten-minute-long anthem spills over into a second track filled with another five minutes of spontaneous, free-flowing worship. “Even with its length, Pat leads it in such a powerful way that we couldn’t edit it down,” says Brown of the unusually long offering, “it was just a beautiful moment from the night of the recording. I’m really happy that all of it exists on the album.

Elsewhere, the slow-building ballad “Same God,” helmed by Jonsal Barrientes, affirms God’s faithfulness throughout generations, name-checking some of the Bible’s biggest heroes. “God is perpetually the same. He is unchanged in His wisdom. He is unchanged in His power. He is unchanged in His goodness and in His generosity toward us. He’s not thrown off by my failures or shortcomings,” Brown emphasizes of the message behind the song. “He’s the same merciful God who gave His people a covenant of love thousands of years ago.”

Like the cover art reveals a meek, spotless lamb, the title-track is an aggressive, ominous glimpse into the contradiction of Christ. “Jesus embodies paradox,” Brown offers. “He conquered through his suffering. He’s the Lion and the Lamb. He’s terrifying and He’s gentle. He’s not one or the other; He’s both.”

It’s also an accurate description for LION, as it ushers Elevation Worship into a brave, uncharted chapter of artistry. They’re not only a collective capable of cranking out spirited power ballads that summit radio charts; they’re also adept at penning sparse songs meant for quiet moments of private devotion. And it’s all simply an overflow of what’s already happening in the hearts of their church family, fully encapsulating Furtick’s earliest vision. 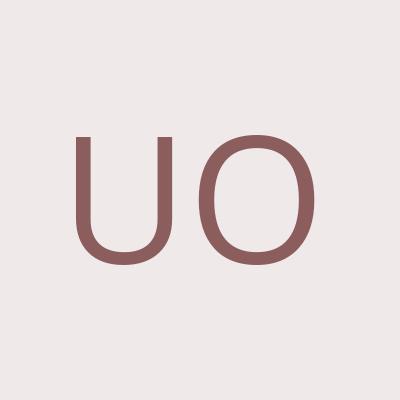