Advertisement
The AACM musical shaman meets the man who plays music with birds, whales, and bugs, plus one of the hardest working bassists of our time.
About this Event

Douglas Ewart and David Rothenberg have been wanting to perform together for many decades, ever since Rothenberg’s mother gave him a flute made by Ewart when he was a teenager.

That flute will be played at tonight’s concert.

They will be joined by one of the great bassists of our time, Tony Garnier, known lately as Bob Dylan’s music director but in the past he was part of the downtown loft scene.

Douglas R. Ewart, Professor Emeritus at the School of the Art Institute of Chicago, was born in Kingston, Jamaica, in 1946. His life and his wide-ranging work have always been inextricably associated with Jamaican culture, history, politics, and the land itself. Professor Ewart emigrated to Chicago in 1963, where he studied composition at the School of the Association for the Advancement of Creative Musicians. The AACM is renowned for its wide-ranging experimental approaches to music; its leading lights include Muhal Richard Abrams, Joseph Jarman, Fred Anderson, Art Ensemble of Chicago, Anthony Braxton, Lester Bowie, Kalaparusha Ara Difda, George Lewis, Malachi Maghostut Favors, Roscoe Mitchell, Amina Claudine Myers, Henry Threadgill, and many others, including Professor Ewart himself, who served as the organization's president between 1979 and 1987.

Professor Ewart’s extremely varied and highly interdisciplinary work encompasses music composition (including graphic and conceptual scores as well as conventionally notated works), painting and kinetic sound sculpture, and multi-instrumental performance on virtually the full range of saxophones, flutes, and woodwinds, including the flutes, pan-pipes, rainsticks and percussion instruments of his own design and construction for which he is known worldwide. Professor Ewart’s work as composer, instrument maker and visual artist has long reflected his understanding of the importance of sustainable and natural materials, particularly bamboo, which serves not only as primary physical materials for many of his sculptures and instruments, but also crucial conceptual elements of some of his most important recordings, such as the widely influential Bamboo Meditations At Banff 1993 and Bamboo Forest 1990. His visual art and kinetic works have has been shown at Museum of Contemporary Art Chicago, the Ojai Festival, Art Institute of Chicago, Institute for Contemporary Art (Philadelphia), Contemporary Arts Museum Houston, Chicago’s Museum of Science and Industry, and many others.

David Rothenberg makes music live with the sounds of nature, records music with other species, and writes books and makes films about the process. He has performed and recorded with Pauline Oliveros, Peter Gabriel, Ray Phiri, Suzanne Vega, Scanner, Elliot Sharp, Iva Bittová, and the Karnataka College of Percussion.  His CD, One Dark Night I Left My Silent House, a duet with pianist Marilyn Crispell, on ECM, was called “une petite miracle” by Le Monde and named by The Village Voice one of the ten best CDs of 2010. Rothenberg has more than thirty other recordings on numerous labels including Gruenrekorder, Clermont, and Oslo Sessions Recordings. His latest releases include In the Wake of Memories, with Berlin percussionist Volker Lankow and Syrian refugee oud master Wassim Mukdad, and They Say Humans Exist, with guitarist Jacob Young and percussionist Sidiki Camara, named best jazz album of 2020 by Stereo+ Magazine.

His books and recordings in the field of interspecies music include Why Birds Sing on birds, Thousand Mile Song on whales, Bug Music on insects and Nightingales in Berlin on one very special species of bird and the humans who make music with them. These works have been translated into many foreign languages and have been the subject of documentary films and radio programs in many countries, including Germany, France, Finland, Norway, Denmark, the UK and the United States, including the BBC feature-length TV program Why Birds Sing and the independent documentary Nightingales in Berlin.

Rothenberg is distinguished professor of philosophy and music at the New Jersey Institute of Technology.

Bass player Tony Garnier is Bob Dylan's longest-running sideman and his musical director. In addition to his work with Dylan, Garnier has recorded with Tom Waits, Loudon Wainwright III, Paul Simon, Marc Ribot and Eric Andersen. He was a member of Asleep at the Wheel and The Lounge Lizards. For a brief time, he was a member of the Saturday Night Live house band.

Tony has added bass tracks to films by Jim Jarmusch, most notably Down by Law, filmed in Louisiana. He appeared in Bob Dylan's 2003 film, Masked and Anonymous. 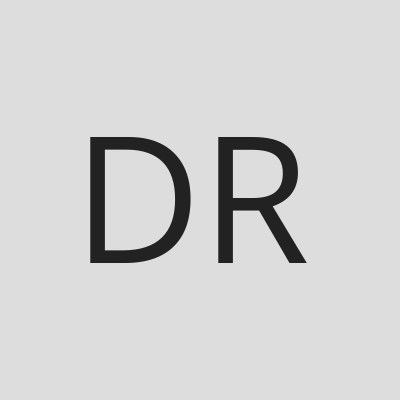