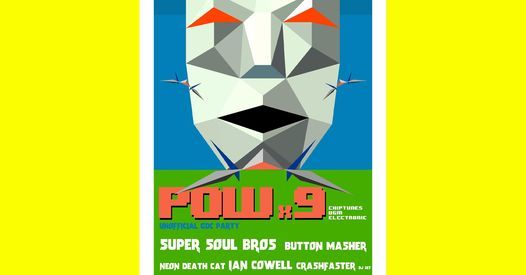 8bitSF and DNA Lounge are proud to present POWx9, A Colossal Night of Sound and Vision!
Bringing the sounds of chiptune, lo-fi, electronica and video game music to the Bay Area since 2009, 8BitSF returns with their 9th installment of POW! Centered around GDC, which is online this year, we decided to bring you the only in-person event this year centered around the gaming convention. There will be booths, gaming stations, and lots of live music.
Button Masher:
Ever since he was a kid, Button Masher has been in love with 16 bit and 8 bit games. Hailing from a little town called Abingdon, Maryland, he studied music for a while, then decided to get into making 16bit and 8bit music. This project is the culmination of that journey.
The Super Soul Bros, formed in 2012 by keyboardist Robbie Benson, have gained renown for their dynamic performances, improvisation, and high-energy shows. The band members come from varying musical backgrounds and experiences, having performed with the likes of Aretha Franklin, Tony Lindsay (Santana), Ron E Beck (Tower of Power), Napoleon Murphy Brock (Frank Zappa) and many others. Pooling their wide range of influence, the Super Soul Bros’ sound and fun concept captures an audience that transcends both genre and generation. Whether they’re taking requests on the fly, or the crowd’s busting into a full-on soul train, it’s always a party with the Super Soul Bros.
Neon Death Cat is a Los Angeles based squarewave pusher who generates high powered, bass fueled beats from handheld video game consoles and portable trackers
Ian Cowell is an East Bay Area musician, producer, engineer, and all-around purveyor of the Dorkly Arts. A MIDIsexual amalgam of every guilty pleasure you've ever had, he has been shredding licks aplenty since the early aughts. As one-third of the Oakland Synthwave trio B/I/R/T/H/D/A/Y along with Delicious Nick and Ronin Op F, he has played at heralded parties and events such as 8bitSF, Turbo Drive, and MAGWest. As a session musician Ian has contributed to works with Street Cleaner, The Arkadian, Ian Martyn, Chris Doughty, ErichWK, Myrone, and many others.
Crashfaster combines elements of 8-bit video game music, synth pop and industrial. Their songs, while bright and effervescent, are often darker and more melancholy than the work of most artists associated with the chiptune scene, reflecting themes of loneliness and disenchantment.
Thursday, 7/22/2021
Doors @ 8pm
$15 advance tix, $20 day of show
All Ages 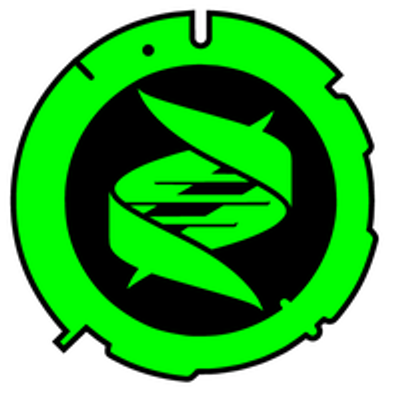