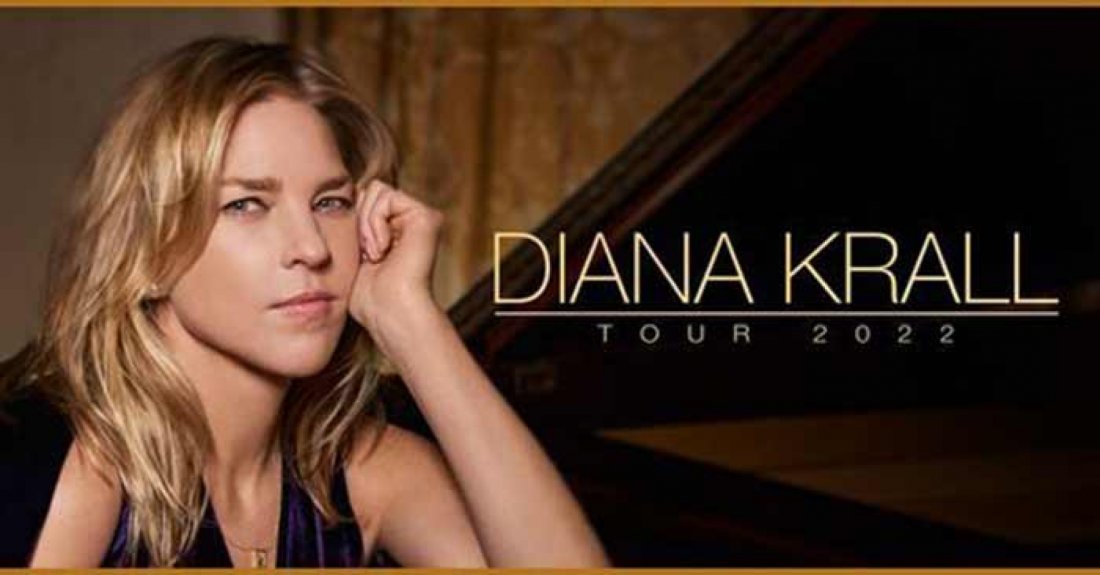 Smooth singing jazz star Diana Krall will be hitting the road on tour in 2022. She will be performing live on stage and this particular live concert is scheduled to take place at the venue known as Florida Theatre which is located in Jacksonville, FL. The date of the event is set for April 28th, 2022.

Performer Background : Diana Jean Krall (born November 16 1964) is a Canadian jazz pianist and singer. She has sold more than 15 million albums worldwide including over 6 million in the US. On December 11 2009 Billboard magazine named her the second greatest jazz artist of the decade (2000–2009) establishing her as one of the best-selling artists of her time.

Krall is the only jazz singer to have had eight albums debuting at the top of the Billboard Jazz Albums. To date she has won three Grammy Awards and eight Juno Awards. She has also earned nine gold three platinum and seven multi-platinum albums.

Krall and British musician Elvis Costello were married on December 6 2003 at Elton John's estate outside London. Their twin sons Dexter Henry Lorcan and Frank Harlan James were born December 6 2006 in New York City. Krall's mother died of multiple myeloma in 2002 within months of the deaths of Krall's mentors Ray Brown and Rosemary Clooney.