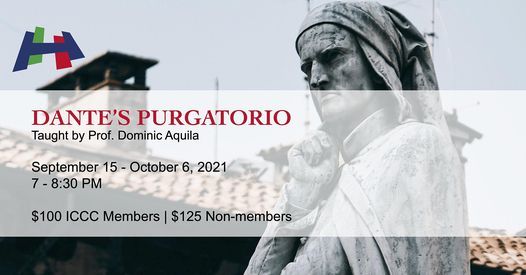 Advertisement
In celebration of the 700th anniversary of the passing of Dante Alighieri, this course reads closely Dante’s Purgatorio.
DESCRIPTION:
Over the course of 4 weeks, we will read the entire Purgatorio in translation, focusing on Dante’s encounters with significant figures he meets on his climb up Mount Purgatory accompanied by his beloved Virgil and Beatrice.
The arts figure prominently in Purgatorio, and Purgatorio, in turn, inspired the work of many composers, writers, and visual artists. Among those that we will consider in this course are Franz Liszt, Thomas Merton, Gustave Doré, Dante Gabriel Rossetti, and William Blake.
The course meets in person each Wednesday from 7:00 pm to 8:30 p.m. on September 15, 22, 29 and October 6, 2021.
About the lecturer:
Dominic Aquila is a tenured professor of history and director of assessment and institutional effectiveness at the University of St. Thomas in Houston, Texas. He served as dean of Arts and Sciences and then provost of St. Thomas from 2007 to 2017. Before his appointments at the University of St. Thomas, Professor Aquila held faculty and administrative appointments at Ave Maria University, Schoolcraft College, Franciscan University of Steubenville, and the Rochester Institute of Technology. Professor Aquila took his bachelor’s degree from The Juilliard School and an MBA from the Stern School of Business at NYU. He began his doctoral work under Christopher Lasch at the University of Rochester, completing it at the University of South Africa. Professor Aquila earned a second doctorate from Texas Tech University in Higher Education Administration. His research interests include interdisciplinarity, liberal education, Dante, Marshall McLuhan, Father Walter Ong, and musical semiotics. His article, "Purgatorio: A Liturgy of Forgiveness and Restoration" recently appeared in the book, Dante and the Other: A Phenomenology of Love. Later this year, Ave Maria Press is bringing out Professor Aquila’s book, The Church and the Age of Enlightenment (1648-1815): Faith, Science, and the Challenge of Secularism. Professor Aquila is a past ICCC Board Member. He lives in Houston with his wife, Diane Aquila. Together they have 11 children and 6 grandchildren.
-
The ICCC is funded in part by the City of Houston through Houston Arts Alliance.
Advertisement 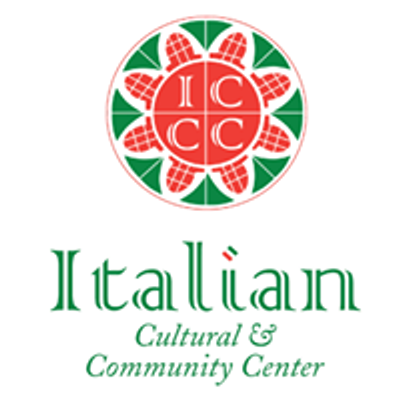