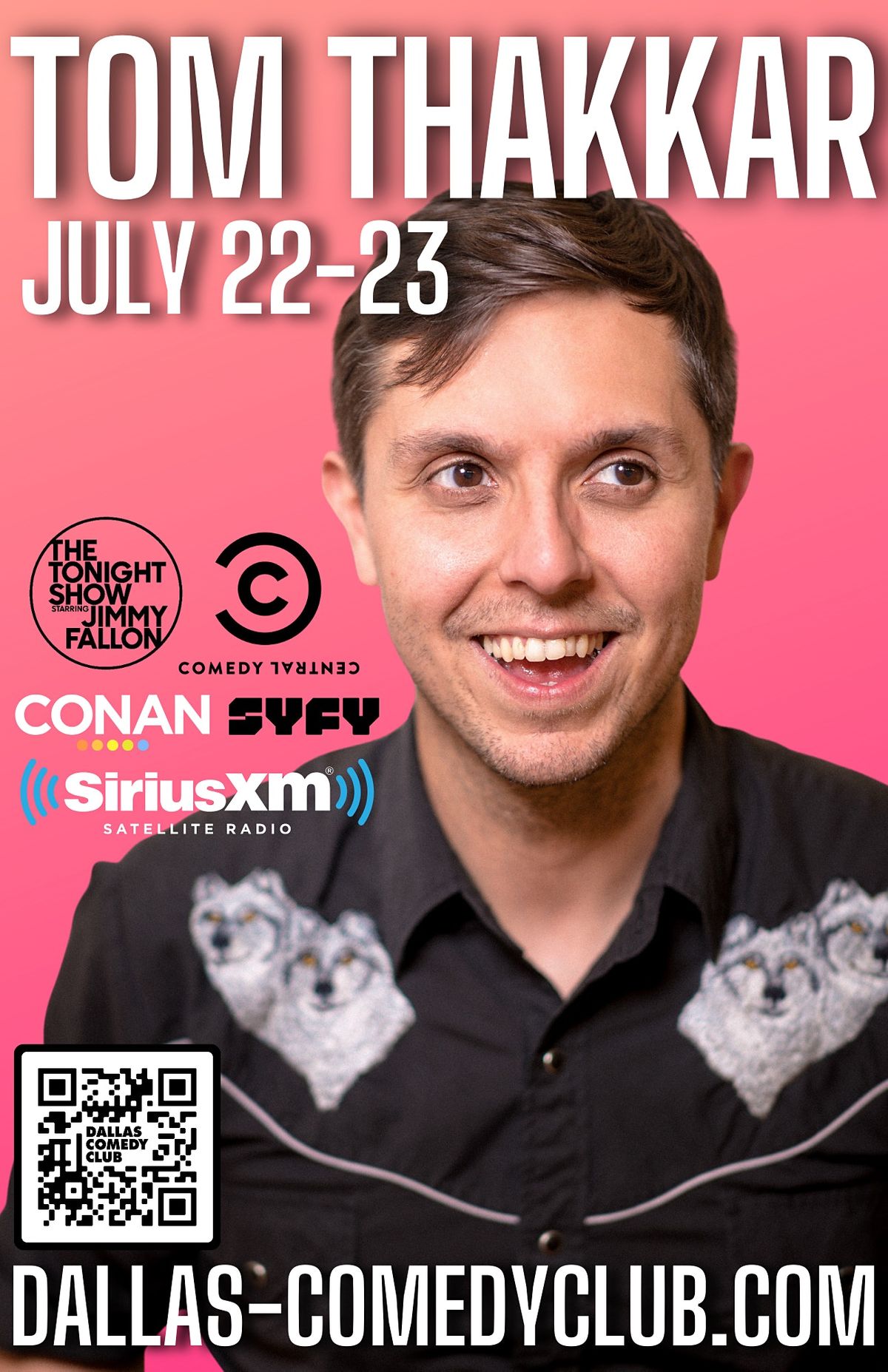 Advertisement
You've seen him on The Tonight Show, Comedy Central, Conan and more! Don't miss your chance to see Tom Thakkar LIVE at DCC July 22-23!
About this Event

You’ve seen Tom Thakkar on "The Tonight Show with Jimmy Fallon," “Comedy Central’s Stand Up Presents,” “This Week at the Comedy Cellar,” “CONAN,” and as the host of Comedy Central’s “Stand Up with Tom Thakkar.” He spent the first half of 2020 writing sketches and jokes for SyFy’s “The Movie Show,” and before that he was the co-host of “You Up with Nikki Glaser” on SiriusXM. Currently, he hosts the podcast “Stand By Your Band,” and when the world isn’t shut down by a pandemic, he does stand up all around country and all around New York as a regular at The Comedy Cellar, Caroline’s on Broadway, New York Comedy Club, Stand Up New York, and more. Other credits include: Just For Laughs, Doug Loves Movies, This Might Help with Matt Braunger, Bridgetown Comedy Festival, The Stand Up Show with Jon Dore, and First Nations Comedy Experience.