Advertisement
Our Black American Music Series is back for Season 3 - LIVE FROM HAYTI! Next up, Cosmic Slop: A Tribute to George Clinton
About this Event

George Edward Clinton (born July 22, 1941) is an American musician, singer, songwriter, bandleader, and record producer. His Parliament-Funkadelic collective (which primarily recorded under the distinct band names Parliament and Funkadelic) developed an influential and eclectic form of funk music during the 1970s that drew on science fiction, outlandish fashion, psychedelia, and surreal humor. He launched his solo career with the 1982 album Computer Games and would go on to influence 1990s hip hop and G-funk.

Clinton is regarded, along with James Brown and Sly Stone, as one of the foremost innovators of funk music. He was inducted into the Rock and Roll Hall of Fame in 1997, alongside 15 other members of Parliament-Funkadelic. In 2019, he and Parliament-Funkadelic were given Grammy Lifetime Achievement Awards. 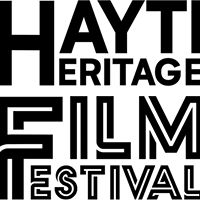